Local smartphone industry witnesses a boom with Make in India 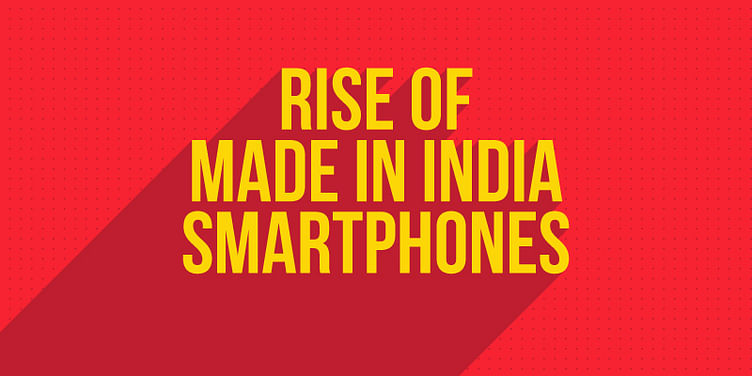 Electronic Systems is among the 25 sectors covered under the ‘Make in India’ campaign. The impact is clearly visible in the recent trends observed in the smartphone industry, which is witnessing an interesting shift towards the local-made phones at higher price points.

The ‘Make in India’ campaign continued to promote local manufacturing as more than 25 vendors are now manufacturing smartphones locally in India. More than two-thirds of the smartphones shipped in Q1 2016 (April – June 2015) were assembled within the country. A few vendors, who are currently assembling mobile phones in India, are likely to start manufacturing components like batteries, chargers and data cables owing to encouraging support from central and state governments. India is looked at as a key market for smartphones as it has a low penetration (less than 20 percent) and owing to the anticipated growth in demand, India is slated to be one of the biggest markets for smartphones.

A recent report published by market research firm CyberMedia Research (CMR) revealed that “made in India” handsets contributed 67 percent to total sales. India shipped a total of 52.8 million handsets, which is a 4 percent decline compared to the number of handsets shipped in the same quarter last year. The contribution of “India brands” was up by seven percent - an all-time high of 45 percent. Interestingly, there was a subsequent dip in contribution by international brands. CMR includes 'Make in India' brands as all domestic brands and Samsung's domestic production.

Gionee is going model by model and has already started assembling P103 and S+ smartphone models in India and plans to manufacture all Gionee devices in the country very soon. Samsung, the country's largest phone seller, which has been manufacturing in India since 2006, has added its capacity at its plant in Noida and is looking for opening a new plant.

Micromax, India's second-largest phone maker, has started a plant at Rudrapur in Uttarakhand and is planning investments in Telangana, Rajasthan, and Maharashtra. Lava has so far invested Rs 50 crore to build a facility in Noida to assemble one million units a month. A second unit, with an investment of Rs 1,200 crore and a capacity of 10 million units a month, is on the drawing board. Karbonn is investing Rs 200 crore in two plants, one in Noida and another in Bengaluru and many more.

According to Faisal Kawoosa, lead analyst with CMR's Telecom Practice, an interesting shift has been observed in the market in the Rs 10,000-Rs 15,000 bracket which contributed the maximum (22 percent) towards the smartphone shipments. Usually, the price bracket of Rs 6,000-Rs 8,000 used to be the prime contributor. This increase has been primarily due to introduction of shipments by Chinese smartphone maker Leco and launch of new handsets from Lenovo, Oppo, LG, Panasonic, Micromax, Intex, LYF (RJio), and Vivo in Rs 10,000-Rs 15,000 price bands.

The Make in India campaign is crafting a manufacturing core in the nation which is the first step to enhancing the contribution of the manufacturing sector towards the GDP. With Make in India being a buzzword around the world, we can expect more and more investments in Indian market to boost the economy and growth in all the 25 sectors covered under the campaign.