In the face of clinical depression, Vidhu Goyal decided to seek help and get her life back on track 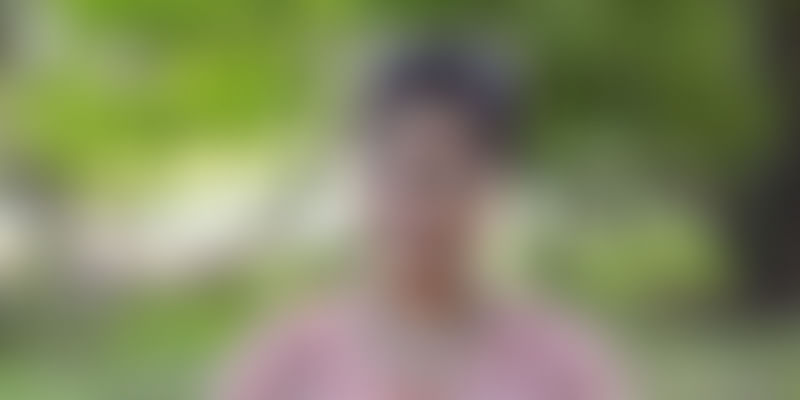 What do you do when your biggest challenge in life is to try and avoid giving up on yourself and your life? How do you take that first step, and acknowledge that you need help so that you don’t self destruct?

Vidhu Goyal, an entrepreneur, and product and textile designer, a pet parent and animal welfare worker by passion did not know that she had clinical depression and OCD (Obsessive Compulsive Disorder). “I had not decided to seek professional help, had not acknowledged the severity of my situation to myself, had not let my family know of the ways that I was struggling in, and I had given up on ever being able to have a successful work life. Almost a year had passed by with me hiding in my house, avoiding just about everyone, and attempting to end my life more than once. Thinking about those days and the damage I could have done gives me shudders even today.”

In 2013, she sought help and began getting her life back on track and while she was at it, she started not one but two startups. “It’s never too late to begin healing. Don’t lose hope until you really have left no stone unturned, including seeking help outside your home,” she says.

Vidhu is still on medication for clinical depression but she is leading a better life and she shares her journey of battling clinical depression and starting up in the hope that it will inspire others who are in the same boat to break the silence, speak up, seek help, and change their life as she did.

Vidhu was born in Jagadhri, a small town in Haryana. Raised in a traditional small town in a business family, she says, “boys grow up to run businesses and girls grow up to find good grooms.” Due to the lack of good schools there back then, she spent a significant part of her life away from home at the Mayo College Girls’ School, Ajmer, which she joined as a fourth-grader in 1996. She completed her graduation in design from NIFT Gandhinagar, Gujarat in 2009.

She has lived in various cities and worked in different companies including Gili, Titan, and Amrapali since. She moved to Bengaluru in May 2013 and was working with BlueStone.com till she quit in August 2014.

Vidhu had given up on life, and after multiple attempts to kill herself, she finally acknowledged that her condition was a harsh reality that needed to be addressed. “I checked online for the nearest counselling centre and decided to seek help. After a few sessions with a psychologist (counsellor), they were able to assess the severity of my condition, which in turn led me to seek a psychiatrist (doctor). I was officially diagnosed with clinical depression and OCD, and I could no longer tell myself otherwise. What followed was medication and regular therapy sessions, which has helped me a great deal in taking care of myself and those around me better.”

Startups to the rescue

Her first startup, HomeRaaga.com, is a premium real estate service that broadly covers property management, housing assistance for expatriates, and re-sales. It started as a realisation for her and her husband that there was quite a glaring need for a professional, honest, organised service such as this. The ground work for Home Raaga began by September, and the company went live in October 2014.

“Building the foundation for the company right from creating a great website, streamlining internal work processes, formulating the company structure, detailing out the CRM, exploring marketing channels, and so on was all new to me. But I learnt, I researched, I studied and made sure everything was up to the mark.”

However, there were days when even getting out of the bed was a huge task. Somedays, she would be so melancholic that no work would get done, but on others she worked hard and with euphoria. “The only constant throughout was one hell of a supporting husband who just wouldn’t stop believing in me, and that was one of the biggest aspects of starting up that kept me going. My self-confidence and sense of self-worth was at an all-time low, but my husband’s unshakeable faith in my abilities helped me see the silver lining on most days.” Though clinical depression made it difficult for her to interact with people, her husband continued to be its face while she worked diligently behind the scenes.

Her second startup Joey’s launched in January 2016 and has received good response. Joey’s is Vidhu’s tribute to her beloved kitten Joey who passed away. Joey’s offers products for pets which are designed to be useful to animals. “In a nutshell, I design, manufacture and make sell one-of-a-kind products that cater to very real needs of pets and pet parents,” she says.

It is run as a hybrid business where some products are commercially sold, and others are not-for-profit. “This model is a reflection of the balance I seek in my life – to have a successful career, a wholesome personal life, and to make a genuine difference in the planet I inhabit,” she says.

As a parent to four dogs and 12 cats, all rescued animals with not-so great histories, this brood of pets has played a major role in keeping her going especially on the tough days.

Someone suffering from clinical depression cannot tackle it all by themselves. Vidhu says,

“ It’s easy for people to say, “Learn to be happy. Learn to be positive. Your happiness is in your hands.” But for someone living the dark reality that clinical depression is, it isn’t something you can simply learn or unlearn.” A lot of factors have worked in Vidhu’s favour. Other than professional help and support from the family, being open about her condition with family, friends, and acquaintances has lightened the load considerably for her.

“Being able to let others know about your condition, especially those who interact with you regularly, is important for them and for you. With an already difficult condition to deal with, relieving myself of the pressure of having to hide it (even if it is a taboo), has lightened the load unbelievably.”

Despite being on medication for clinical depression, there are times when Vidhu needs space and it is an important part of healing and feeling better. At times, when I need to take some time out, or hide in my bedroom for some time, or cry my heart out – I do just that. We are not made of brick and mortar. We are made of heart and muscle – we’re weak sometimes, and we’re strong other times. Hence, it’s important to care for ourselves in weak moments. There are days when I start work late, because I struggle to get out of bed. There are times when I don’t receive a call because I find myself unable to talk. There are days when I feel emotionally and mentally drained even before half the day has gone by. I have learnt not to beat myself over such situations. I go with the flow. I rest, I cry, I sleep, I avoid people when I have to. And it’s amazing how my mind reciprocates by helping me make up for these moments at another time,” she says.

Staying positive in the face of negativity can do wonders, and here is where family and friends help but most importantly having an expert to put things into perspective helps the most according to Vidhu.

“We may not always be able to say things the way they need saying. Guidance from an expert helps. Most of all, I learnt to put a brake on my thoughts every time I felt myself spiralling into a dark vortex. The key is to slow down and to remind yourself, ‘It’s not the end of the world. Nothing is. I may not understand it right now, but it’s true,’” she shares.

Don’t ever give up

Though she agrees that there will always be a certain set of people who will want to write you off or give you uncalled for advice. “They may openly shun you for talking about something personal. Shut out that noise. The most unexpected of people will more than make up for it, I promise. And it is all going to be worthwhile in the long run. I am sure there will be many others like me, at different stages of their entrepreneurial journey. If they find themselves in a place where they are planning to give up, I would like to urge them not to. They must try one more time. They must remember there are so many of us suffering silently. It’s alright to remember that they aren’t alone and they must talk about it. It’s alright to let others know, especially those you interact with often.”

According to Vidhu, employers, managers, entrepreneurs, and employees can do a lot for people suffering from mental conditions such as clinical depression and OCD by not judging the person. And for all of us who are not in the same boat, it is important to remember what Vidhu says, “a mental disorder is not a reflection of a person’s abilities, so please do not judge a colleague, employee, or even a friend or family member.”