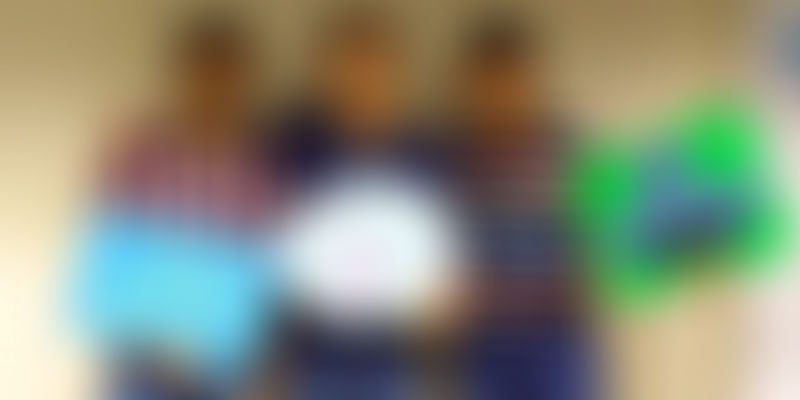 Graphs, pie-charts and infographics were invented to make dry reports come alive and become more palatable. Ironically, however, people find themselves frowning as if in deep pain while confusedly tracing the conjunction of x and y axes and throwing their hands in the air in exasperation at a Venn diagram that has too many circles for its own good. An engineering dropout decided to lock his horns with the field again when he encountered this problem with all his clients.

Leaving his engineering course in one year to study commerce, Neerav Parekh finished his B.Com from Mumbai’s Sydenham and then procured an MBA from NMIMS. Accepting an offer from Citibankduring his college placements, Neerav spent a few years there but remained always restless to venture out independently.

“My friends and my seniors at Citi called me crazy to be leaving but I was clear in my mind on what I wanted to do,” he quips. He first co-founded an online payroll startup and then incubated a digital marketing agency, before starting VPhrase. It was at his second venture where the idea for the third presented itself through a problem he found himself grappling with everyday.

“While I was running a digital marketing agency, I found that my clients always wanted my account managers to visit them and personally explain the campaign performance, even though we used to send out a nice report with beautiful charts. On digging, I found that the clients used to get overwhelmed with the reports and found it difficult to understand them. The solution was clear- I now needed to automate the process of interpretation of data and communication of insights in words. That is when the idea of building a product was born,” he explains.

Neerav understood the enormous potential such a product held in changing the way data was understood, not just in digital marketing but in every other space where data was being presented.

VPhrase believes that every data chart has a story to tell and insights to share. The company simply created the storyteller – ‘PHRAZOR’ - which is thecompany's  SaaS platform that takes in any structured data, analyses it and then communicates the insights in words, like human beings do – so that your team can read up the article and immediately arrive at the action points. “Our clients use our product to prepare personalised narrative reports for their employees and in some cases for their customers as well. The personalised narratives which we generate can be customised to match the client organisation's style of communication. The tone, diction and style of the narrative are configurable. The analysis which gets done is also configurable. From the same data set, we prepare personalised reports, with the right metrics, for people at all levels in the hierarchy,” Neerav says. PHRAZOR integrates with the client’s systems via an API but in exceptional cases, the startup provides an on-premise installation as well.

PHRAZOR also augments portfolio analysis. Its written analysis of a client’s investment portfolio reads as if it was written by a human advisor. This analysis can be made available on website, mobileapp, email and letters. Phrazor also triples up as a ‘Robot Journalist,’ that can write articles that are data driven – earnings analysis, match recaps, weather reports and more.

The graph of their growth

Vphrase's clients pay per report generated, or a cumulative annual licence fee. The price ranges from Rs 10 per narrative to Rs 2,500 per narrative depending on the complexity.

The startup is initially targeting companies in the BFSI space. Some of the use cases for PHRAZOR have been sales reports, portfolio analysis reports, quarterly earnings analysis stories, sales points from mutual fund factsheets, performance appraisal reports and more.

VPhrase has been gaining momentum from the get-go. “We were building things which have never been built earlier. Getting the product to work the way we wanted it to really tested our resolve. But overcoming those challenges and coming out with a product which clients are willing to pay for has been our biggest success,” Neerav says.

The company raised a seed round with an undisclosed amount led by Apoorv Ranjan Sharma and Daud Ali from Venture Catalysts, and other prominent Angels from the VCats networks.

Additionally, Anil Chokhani from the Canada-based Zone Startups also co-invested in the seed funding round, with Founder Matt Saunders joining the team at vPhrase as an Angel observer. Also, the platform is partially funded by Centre for Innovation Incubation and Entrepreneurship (CIIE) at the Indian Institute of Management, Ahmedabad (IIM-A)

Venture catalyst’s Dr. Apoorv Ranjan Sharma says, “We look for a startup addressing the pain points of majority and hence enjoying a large market segment. In India, AI (artificial intelligence) has gained momentum only in the past one to 1.5 years. We have seen both natural language processing companies and natural language generation companies. VPhrase, for instance, is a natural language generation company and hence is venturing into an industry which is inherently the toughest, warranting advanced technical know-how. The business opportunities lined up for VPhrase are simply abundant.”

VPhrase is now looking to gain wider access to various companies in the BFSI sector through its investors, before moving on to other arenas.