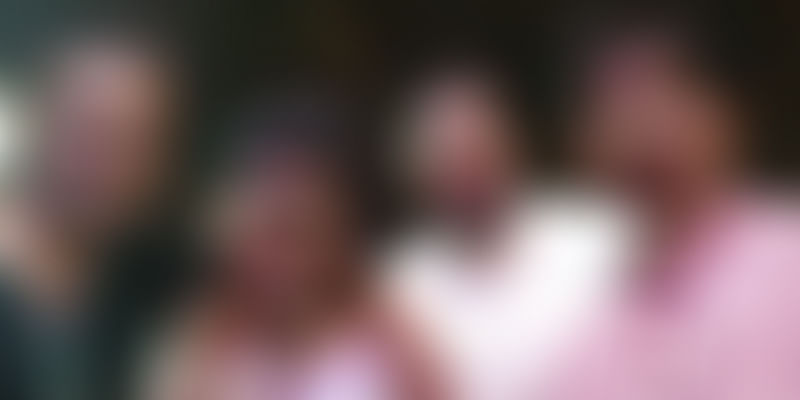 The global e-commerce market, which has been growing by leaps and bounds, has been making a transition into m-commerce, as most users are now browsing and transacting through apps on their smartphones because of convenience.

But before the dust could even settle, the market seems to be in a flux again. Many experts consider automated chatbots and messenger platforms like Telegram, WhatsApp and Facebook Messenger to be the future of conversational and artificial intelligence (AI) assisted commerce. Yellow Messenger, whose name is inspired by the all-purpose Yellow Pages is one such player that aims to make e-commerce conversational through its bots and mobile app.

The smartphone app for Android has been around for around six months now and has amassed over 10,000 downloads according to Google Play. The Facebook Messenger and Telegram bots are more recent additions, but the team expects to see immense growth on these platforms. The platform allows users to shop for products and services from brands and businesses.

Yellow Messenger is currently incubated at Microsoft Ventures and is part of their growth startup programme. The startup has seen good traction for its mobile app, but with recent developments in the tech space, Raghu believes that automated chatbots and messenger platforms will be the road forward for ecommerce businesses to reach out to customers. He says,

It takes about 10 times more effort to download an app, engage and retain users. Also the app market is currently overcrowded and it is not easy to stand out. Chatbots and Messenger platforms eliminate this friction.

So, based on this thought process and external validations, the team recently released bots on Telegram and Facebook Messenger to book movies and buy fashion products across India and USA. The team believes it is one of the first fully automated bots for products in this space globally and aims to cash in on the first-mover advantage.

The Yellow Messenger app is free to download and use. The startup works on an affiliate model and earns commission for every transaction through its platform. The team is also working with a few retailers in the US to provide custom chatbots and this B2B angle works on a monthly subscription model. So far, Yellow has mainly relied on referral and social media marketing to reach out and acquire users, and believes in using similar strategies to acquire customers going forward.

Currently available only on Android, Raghu adds that they don’t plan to launch an iOS app. He believes that Messenger platforms should be the startup’s focus area instead. He said,

Whoever takes a leading position while moving to a new platform has higher chances of success and disruption. Uber gained popularity while the world moved from web to mobile.

While they aren’t yet abandoning their mobile app, Raghu noted their main focus will be on chatbots going forward. The team aims to expand their offering from two to 10 categories in over the next six months to try capture the market in India and USA.

Raghu also believes that the growth on chatbots will be faster than the growth on apps on smartphones because of the cut-down of friction that was previously involved while installing and uninstalling apps.

There has been a lot of chatter in the last few months about chatbots and how they are the future of conversational-based interactions and commerce. Some experts have gone far ahead to predict the eventual death of mobile apps. A recent report from Techcrunch takes a contrarian view and believes that the ‘death of apps have been greatly exaggerated’. It argues that-

Even if the app stores take a hit with a dip in number of users, chatbots will not replace the need for standalone apps, in the same way that mega-portals (like Yahoo, AOL) didn’t replace standalone websites in the past.

There is a big interest in this space from tech giants and startups alike. Recently, at Google I/O 2016, the search giant announced its foray into this space, with Allo, its personal assitant app that would let people do a variety of tasks, one of which includes online shopping and transactions. Amazon has a headstart on Google with its Echo device. Closer home in India we have players like Haptik, HelpChat, Lookup Messenger, LocalOye and Niki.ai that are vying for a piece of the conversational commerce pie.

With a user interface that makes good use of vivid colours and design, the Yellow Messenger app provides an interesting value proposition to discover products and services across multiple categories and then follow up over chat to go through with the purchase.

Yellow’s Facebook Messenger bot strives to provide a similar experience over chat but is not yet close to the experience that their native app provides. While the overall experience was good, Yellow’s bot sometimes returned, “No movies playing in your location,” for multiple locations close to multiplexes and malls during the daytime.

It will be interesting to see what further integrations Yellow includes in their bot and mobile app and see whether their focus on Messenger apps pays off in the long run or bots will really kill mobile apps.