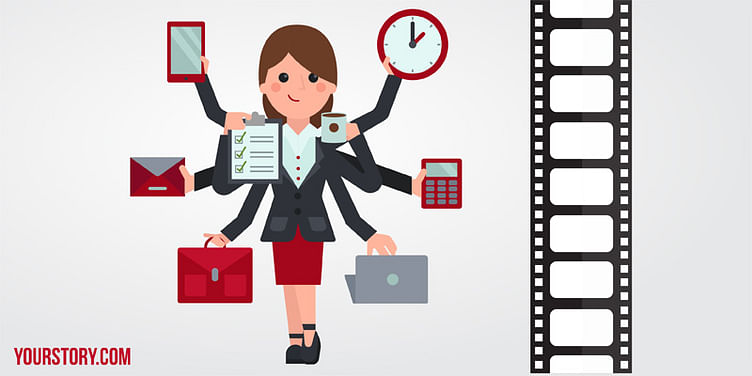 For the last few years, so many reels of newsprint have been spent on glorifying Bollywood’s pro-feminist stand with the many women-oriented films that hit the screens one after the other. But it was only when I sat down to write this piece that I realised not many Hindi films feature enterprising women in the lead. Till recently, the leading lady’s life apart from her feelings for the film’s ‘hero’ didn’t matter much to Bollywood filmmakers. Film critic Anupama Chopra, who now runs the YouTube channel Film Companion, noted how off late most heroines are “given a job” by the writers/directors. Anupama calls this a trick to make women characters appear stronger in films. “They give them a job and then make them do the same things—sing songs and be forgotten,” she says, giving the example of Jacqueline Fernandes in the Salman Khan hit Kick. “She plays a psychiatrist practising in Poland. But then what? She is nothing more than a prop in the film.”

Despite so many real-life examples to be inspired from and given the fact that so many women in the country are at the helm of startups, it is sad that our films don’t take heed of them. This gives us more reason to point out and celebrate the few films that feature not just strong and real women, but enterprising, intelligent and smart women who run successful businesses on their own. So here’s the list we came up with:

Band Baaja Baaraat: In this film, Delhi-girl Shruti Kakkar (played by Anushka Sharma) asks her parents to give her five years to set her dream wedding planning business rolling when they ask her to get married. Having planned on exactly how her business would be, she decides to first go to an established planner to learn the ropes before testing the waters herself. Put off by the unethical ways of the former, Shruti and her partner Bittoo Sharma (Ranveer Singh) kicks off their own business Shaadi Mubarak. The film shows how they start small and work their way up to the big league. Shruti is not modelled on the stereotype of the bitchy career-oriented woman; instead she is shown brimming with life, energy and love.

English Vinglish: Although the film’s focus is on how the middle-aged protagonist Shashi (played by Sreedevi) struggles with her insecurity of not knowing English, right when the titles roll out in the beginning, we are shown that she is a successful solopreneur. She runs a home-based laddoo business—one that she manages all on her own, right from cooking, packing up to even special deliveries. She indulges in her passion for cooking and makes some money out of it, too. Her business and her talent for making delicious food is no more than a joke to her husband, who constantly mocks her in front of others. But it is her business that funds Shashi’s long-standing dream of enrolling in an English course when she is in Manhattan.

Dil Dhadakhne Do: In Zoya Akhtar’s family drama that revolves around the wealthy Mehras, Priyanka Chopra plays Ayesha, a self-made and successful businesswoman. She is smart and hardworking and is shown as having built a travel portal Musafir.com all on her own. It is even mentioned in the film her company is the second biggest in the industry and that Ayesha also made it to Forbes’s list of Top 10 entrepreneurs. Unfortunately, she is stuck in a loveless marriage and her father refuses to acknowledge her success and acumen because he thinks that as a woman her primary job is to give him a grandchild.

Piku: This endearing portrait of a father-daughter relationship has Deepika Padukone playing Piku, an architect who has co-founded a design firm. Her father takes pride in the fact that his daughter is financially independent and, quite contrary to the Mehras, subscribes to a notion that women shouldn’t get married as they end up losing their freedom and individuality. Piku is shown struggling to strike a balance between her work life and social life while taking care of her father’s imaginary health troubles.

Sonali Cable: This was one of the smaller unnoticed films which had a woman entrepreneur as the protagonist. Street-smart Sonali runs a broadband internet business with the help of two boys from her neighbourhood. She has a loyal customer base, who she makes sure is always ‘online’, to keep her business running smoothly. Sonali, whose father is an alcoholic, is the sole breadwinner of the family. The film tells the story of how Sonali stands up against a corporate shark that is out to swallow smaller businesses like hers.

These are the few Bollywood films we could find which had the leading lady play an entrepreneur. Although most of them do not revolve around the ‘entrepreneurship’ aspect of their lives, they still deserve a mention because these filmmakers have made it a point to add in a layer to the otherwise underwritten women characters. We wonder whether the fact that three of these films were written by women has anything to do with such beautiful detailing. Can you think of any such films that fit the bill? Let us know in the comments section below.