[Bootstrap Heroes] How Cashkumar’s pivot led them to break even on a monthly basis, and disburse loans worth Rs 6 cr in just six months 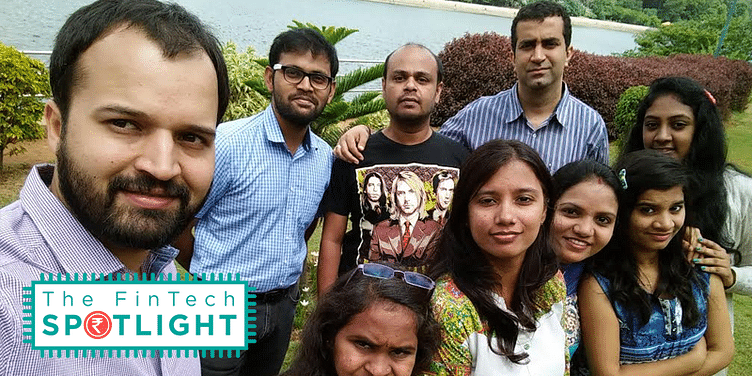 For Dhiren Makhija, Kannan Kandappan and Yogesh Joshi, travelling abroad would mean bearing the pain of dealing with multiple Forex vendors and negotiating on the best possible foreign exchange rate for their money.

Finding this to be a challenge that had no particular solution, the trio started Cashkumar, an online aggregation platform for Forex vendors in June 2014.

However, a small market size and the inability to control the end customer experience made the trio reconsider their product. Therefore, by August 2015, the business went through a pivot, and Cashkumar became a finance platform for security or collateral-free personal loans and peer-to-peer (P2P) credit lending.

Being a finance platform, Cashkumar is an aggregator of personal loans and personal credit lenders, comprising a network of eight consumer banks and non-banking financial companies (NBFC). It also has a pool of 100 credit sources for P2P loans.

The proprietary software assesses the risk appetite of the consumers, collecting 200 different data points of the individual (or borrower) applying for a loan. These include age, salary, company name, delay in payments (if any) etc., to establish a credit score of the borrower.

However, Dhiren says that the above mentioned data points is just to gauge the credit-worthiness of the individual for P2P lending. For banks and NBFCs, the eligibility for a loan is already outlined by the institutions and integrated at the backend.

Currently, the platform gets as many as 1,500 visitors on the platform daily, with 200 of them turning into active leads. Although a very small number, the firm is planning to reach a conversion rate of two to three percent in the next six to eight months. According to Dhiren, five percent of their active leads comes through referrals, with individuals receiving 0.5 percent in commission in case a transaction is closed on the platform.

The closure time for each transaction is usually between four and 10 days, and the firm is working to bridge this time to just two days in about six to eight months.

The founders believe manual intervention is important for Cashkumar and will continue to exist moving forward.

Automation is necessary and we will be taking it slowly. However, manual intervention is essential to give the customer a sense of confidence. Usually, the loans and credit industry does require a little bit of hand-holding to ensure that the customer is not entirely lost.

Currently, the platform doesn’t charge the credit lenders (for P2P lending). But in a couple of months, the platform will start charging one percent from the loan lenders.

The founders claim that the firm has broken even in terms of revenues. They plan to concentrate on the personal loans market for the next three to four years.

The average ticket size of loans for the startup is Rs 1.5 lakh for a P2P loan and anywhere between Rs three and four lakhs for a NBFC or bank loan. As of now 95 per cent of its business comes from banks and NBFCs, while P2P lending constitutes about five percent per cent of its revenues.

By the end of this fiscal year, the firm plans to receive 30-40 percent of its business from P2P loans and rest via banks. On the traffic perspective, 75 percent of their users come from the eight major metropolitans while the rest comes from Tier II markets.

Dhiren says Cashkumar’s algorithms help differentiate the platform in the market. While for borrowers it ensures low cost with the best deals, for lenders it affords risk mitigation.

Bootstrapped since their inception in June 2014, the firm says that they have achieved this scale with zero marketing cost. They credit their search engine optimisation (SEO) strategy to achieve scale.

The platform is putting its bets on P2P loans and claims that 60 percent of its audiences don’t mind taking a P2P loan. Dhiren tells us that the customer doesn’t care from where he gets his/ her credit. The only thing which matters to them is whether they are getting the right value for it.

As of now, Cashkumar is focussed only on Bengaluru, but by the end of FY 2016-17, the firm aims to have presence in eight to 10 geographies with its P2P offerings (including Hyderabad, Mumbai, Kochi, Chennai, and Ahmedabad).

In the next one year, the firm is also planning to receive 20,000 daily visitors, expand its bank and NBFC partnerships from eight to 15, while expanding its P2P lender network to close to 2,000 entities.

In recent years, there has been an emergence of various technology-enabled P2P lending platforms, like Kiva, Rangde, Milaap, Nobroker, i2ifunding and Faircent. While the latter two work on the bottom-of-the-pyramid sectors, Faircent caters to the increasing and substantial urban middle class, both as a source of cheap credit and a lucrative investment option

Bengaluru-based Cashkumar competes with CreditVidya, which aims to evaluate credit scores for financial institutions. The firm was recently funded with $2 million Series A funding from Kalaari Capital. On the alternate lending side there are also players like KredX, which is invested by seed investor Angel Prime.