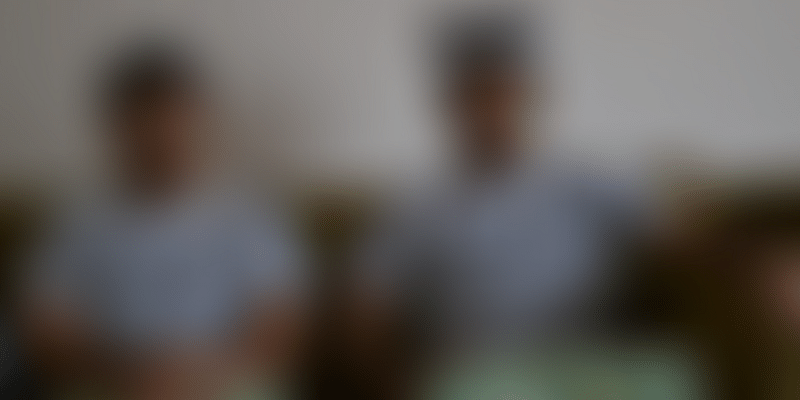 When children grow up dabbling with computers, playing war games and coding for fun they end up understanding a fantasy world. But as they grow up it gives them the ability to see the real world and look for solutions for real-world problems. Two such children are now men who are engineering solutions by using the virtual world. Smeet Bhatt and Sushil Kumar met in IIT-Mumbai in 2008 where their friendship blossomed over endless discussions on 3D technology and the gaming industry. It was there that their inclination towards virtual reality (VR) was seeded.

Sushil was interested in graphics and 3D tech, and did most of his coursework in the subjects. Smeet loved gaming and continued working on new technologies that enabled VR. However, both did not have any inclination to start a business at that time, and they went about their lives as virtual world enthusiasts. Smeet graduated in Civil Engineering and worked with the Fixed Income & FX division at Deutsche Bank for about two years, while Sushil Kumar passed out as a Computer Science graduate and worked with Qualcomm and Zovi.com. He also pursued his MBA from IIM-Ahmedabad.

While Sushil was finishing up his management degree at Ahmedabad, Smeet paid him a visit. “Ahmedabad happens to be my hometown and I just thought I would just go say hello to an old friend. But a business was born that day,” says Smeet. Both flew down to Mumbai to meet a friend who had bought the Oculus DK2 and upon using it they decided to start a business by building their own VR platform that fits into any VR device. “We got excited by the potential applications of VR and started thinking of creating a business using this new immersive platform. After a few weeks of brainstorming, we started building VR tourism content,” says Smeet, adding that the idea was to create an experience of “visiting” and “feeling present” at top destinations like Eiffel Tower, Taj Mahal and the pyramids. Chimera Labs was born in Bengaluru, and the startup also partnered with a few FMCG companies to pilot experiences of VR content around their brands. But in this effort there was a roadblock: brands felt VR was too novel and did not sign any commercial agreements.

Then the duo soon realised the difficulty in monetising content on a new digital platform like VR and hence had trouble finding ways to scale the business. The founders decided to settle down in Bengaluru for its engineering talent and here they figured out a monetisation platform for VR. They realised that young content studios and developers always had difficulty in monetising content, be it for mobile, web or videos.

So Smeet and Sushil figured out that now that global companies are already excited about engaging and immersing their target audience in VR, it would be better to bring all these developers on their platform. The likes of Coke, HBO, Discovery, Marriott, Volkswagen are already creating branding content for VR platforms. Chimera Labs realised that content creators too can benefit by partnering with advertising networks and their VR platform would become the place for customers to interact with brands and become immersive to experiences on products. This ecosystem will create a new advertising network and Chimera Labs can monetise their business as an ad network.

The validation of the opportunity

Smeet moved to Silicon Valley in Nov 2015 to validate the product and met with 60 plus teams working on different applications for VR. He received strong positive feedback for the Chimera Labs prototype and then the founders were able to translate their hypothesis into conviction about the need for an ad network.

“Our product has a twofold application. One side of our ad network would be publishers and content creators looking to monetise traffic on their apps and games, while the other side would be advertisers wanting to engage their target audience in VR and help them discover new products and services with a whole new level of immersion in VR,” he says.

VR traces back its roots to 1960s and 1970s, when primary applications were in academic and military use. First attempt for consumer grade VR were made in late eighties and early nineties, but due to a lack of high-end graphics technology and expensive and bulky hardware, it didn’t take off. Oculus VR, founded by Palmer Luckey in 2012, was a renewed attempt to bring VR to consumers. It received heavy interest on the Kickstarter programme and was soon acquired by Facebook. Simultaneously, HTC, Sony and other hardware manufacturers began developing VR headsets.

Primary B2C applications of VR include gaming, movies and TV, tourism, education, live sports viewing and other casual entertainment experiences. On B2B side, VR has applications in healthcare, training, military, architecture and design.

Scaling up and competition

Meraki, Absentia, SmartVizx, Tesseract, are some of the Indian startups building VR technologies. Meraki has created immersive experiences for tourism clients. SmartVizx has raised $500,000 to build VR platforms. Tesseract has raised $200,000 as seed money from Astarc Ventures to build head gear for VR. These businesses are all on pilot mode and are yet to create real applications that can go commercial. More importantly, it is a thin line between hardware and software.

These startups have to choose between competing globally or moving fast in India. Corporate acceptance of novel technologies in India is slow and cumbersome. If these companies crack the market here with paying corporate customers then there is merit to build the market locally.

“If the technology is their core, then funding will be easy for startups today,” says Naganand Dorawamy, Founder of IdeaSpring Capital.

Chimera Labs is the first startup building an ad platform to interact with every VR technology in the world. But the barrier to entry is low and others may follow suit. Smeet and Sushil are now a two-member team and have sunk Rs 10 lakh into building the technology and platform.

VR is considered the third large paradigm shift in technology, after web and mobile. Hardware adoption is a key element to the success of VR. Now that Facebook and Google are aggressively taking this technology to consumers, adoption would speed up. As these leading tech giants drive hardware adoption, new startups and content studios will drive the usage of VR through immersive content, unlike anything seen before.Hopefully, this will redefine the human-computer interaction and take it to a whole new level.