Financing the startup sector needs a rethink, how about a collateral free debt? 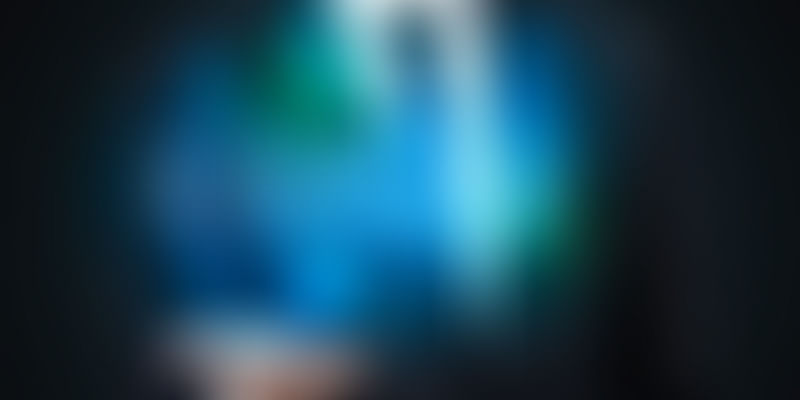 There are more than 26,000 startups in India at present, and the number is swelling with each passing day. Unfortunately, the funding pipe is going to dry up since there is clear evidence of venture capital funds backing out. There are a couple of reasons why they – venture capitalists ‑ are playing it safe. Their first reason to slowdown is because they have made over 1,000 seed deals in less than 24 months. The total amount invested was more than $15 billion. Secondly, they believe that there have not been any significant winners in the startup market. The only big names that are still being talked about are Flipkart and Snapdeal, which are struggling to keep their valuations high. This begs the question, should entrepreneurs be fed with only VC money. Or should only the VC scouts have access to the best talent in the country or should only they become the torch bearers of society. We are sure they will be happy enough to pass on the torch to other bearers such as banks. But, what is the role of banks, universities and Indian funds. Clearly, if India has to grow as a startup nation, we need to the three pillars – mentioned above – to figure out a method of financing and capturing ideas.

What can banks do?

Now that India is looking towards job creation from new businesses, the Reserve Bank of India should include startups ‑ in the technology and research – as priority sectors. The Central Bank should allow banks to take risks or exposures on ideas with a promise. The bankers can participate by possessing fully convertible debentures of these startups and also provide access to working capital. However, this is easier said than done because it requires a change in thinking. At the onset a new team should be placed to study the risks of this exposure. Secondly, banks should cap their exposures to a particular limit every year. If they can even invest or lend Rs 5 crore – in total every year – to about five startups, then there is a case that can be made about creating a startup nation. Imagine the effects on entrepreneurship; there are 27 public sectors banks, 24 private banks and over 40 foreign banks in the country. If each of these banks fund at least five startups every year, then over 500 business ideas can be tapped each year. If at least one of the five startups succeeds, then the banks are sure to get their money back.

The problem is can banks think about startup financing because most of them are tuned to financing on collateral or by relationships.

So, how does a bank look at the startup industry – especially the technology industry – and figure out financing, which is different from the VC model. Startups require growth capital. Can the RBI come up with a circular to make banks to build teams that can rethink financing and create finance modules for startups? This has to stay away from the standard VC model of valuation. The focus can be on profitability in five years and in creating intellectual property.

According to the Reserve Bank of India data, every year 44 percent of India’s loan disbursements for industry go to small and medium enterprises. But most of these loans are tailor-made for the manufacturing world. About 95 percent of these loan advances are against collateral. There is a RBI provision that based on a good financial track record – of the small enterprise ‑ banks can lend Rs 10 lakh as collateral free loans for a micro-enterprise. But this was not meant for the technology sector. The collateral free financing process ‑ for the tech world ‑ is purely based on gut feeling and it depends on one reading the abilities of the entrepreneur, the market, and the technology being used by customers. Of course banks have to enter when startups have at least three or four anchor customers. But MSME collateral free loan can never be applied to a startup focusing on core technology research or technology led services. Today, if one employs an iOS or Android developer, then that person will ask a salary of Rs 10 lakhs per year.

However, there is merit in backing meritorious ideas coming from universities and incubators. Perhaps need to rethink funding. Muhammad Yunus, Founder of Grameen Bank, told YourStory that collateral free loans can be given because every individual wants to succeed and will repay the loan if the person wants to move up in life. He says that it is more inclusive if banking was collateral free. But, he was not sure how collateral free loans could be structured for startups. However, he certainly feels it is possible if the business ideas can be executed.

There is another option also, which is to take venture debt from banks by issuing warrants. This money can be issued for a three year period with a equity conversion option. There are companies like Trifecta Capital and InnoVen which have ventured in to debt financing. Their deal sizes are between $1 million and $2 million focused only on startups. Companies like Snapdeal, Myntra and InMobi have raised venture debt in the past. Banks can take a leaf out of these lending companies. The advantage is that banks can fund startups at a cheaper cost than non-banking financial institutions. For startups the cost of servicing the loan can be lower and they can use the funds in financing daily business operations. Since it is a short term debt it cannot be used for longer term technology projects. Say, if you are building a distributed computing architecture for a large manufacturing company, the money cannot be used for building this platform alone.

What can universities do?

Universities are the custodians of ideas. Today, only the IITs, IIMs, and a few top colleges in the country have become the poster boys/girls of entrepreneurship. Can this change the financing aspects for ideas? Yes, there are several corporate programmes from corporates like SAP and Analog Devices in capturing student ideas. These programmes are mostly employment driven and not idea driven. Corporates can play a vital role to work with universities to bet on ideas. However, this has to be driven by Indian companies as foreign companies are still playing the employment.

The likes of Infosys, TCS, and Wipro can usher this change by funding product ideas from engineering colleges. Even universities can move from a degree-based target to making kids employable or become entrepreneurs. This system – if it has to be born – requires a huge change from the Technical Education regulators and the Ministry of Human Resource Development. They need to engage corporate and academia to fund core research in technology. Yes, there is a grant from the Bio-Technology Department and there are funds like KITVEN in Karnataka. But the problem is there is no cohesiveness in structure between Indian Corporate, Universities, Government and funding companies.

Naganand Doraswamy, Founder of Ideaspring Capital, tells YourStory that one only has to look at the number of PhD’s that get funded in premier colleges to understand the problem we have in hand. Firstly, the quality of PhDs is bad and secondly the good ones are not allowed to take their intellectual property out of research and commercialise it. Also, there are no funds championing research-based work in the country to become commercial businesses. This kills the Make-in-India initiative and the Startup India policy, which is focused on core technology. There is a case for new financing structure, finally. That said there is the ability of an individual, which is the only barrier, to discover the rigour of his or her research. Since there are no guides – that can think the macro picture to take a product commercial – one has to learn to do it all by themselves. If this can be fixed by universities and research institutions, then we surely can boost India’s economy with intellectual property. The race to succeed in the next decade has already started, but we have not even fixed our own house (A policy to measure the yield from collaboration with Indian corporate, universities, startups, research, and banks) to find the next big companies that can provide jobs to at least 50 million people.