Is there a glass ceiling for female entrepreneurs? 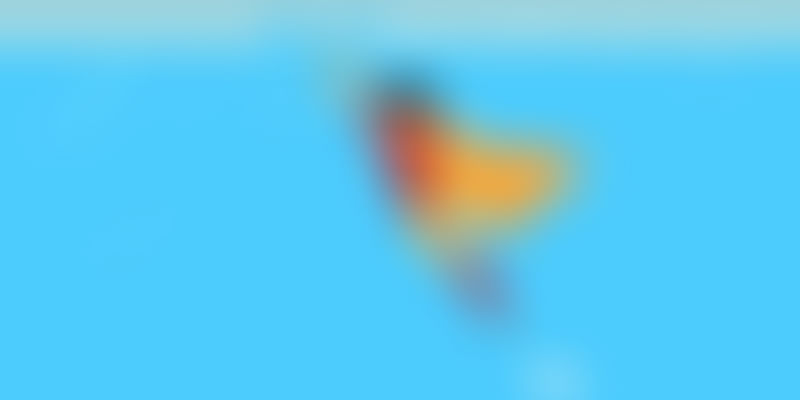 Growing up, we hardly heard of women in the business world. I can remember Indira Nooyi and Chanda Kochhar to name a few. We believed they were made of something else, and we could never be them. We were taught to get decent jobs, find a guy, and make babies. A lot of us did exactly that, but so many of us never did. But these women not only got jobs in male-dominated fields and outperformed, they were home makers too. Today, women are dominating every field they venture into. Some are managing their homes and families along with their careers, and some of us are happy just being career women, and we’re all rockstars.

At the age of 25, a friend approached me to start a social media agency with him. I was so happy with my career that I paid him no heed. He didn’t give up and continued to show me how we could plan this, what the growth strategy could be, what the sales projections were, and how we were going to create a niche for ourselves.

After some very long and deep conversations with my close friends, I decided to give this some time. In the meanwhile, there was a family urgency, and I was forced to quit my job to spend time with my folks and help out. So, I started working with my friend on his social media projects in my free time. Within a few weeks, I was spending more and more time building the product, hiring a team and looking for office space. Basically, entrepreneurship found me. I didn’t go looking for it. Two months into the venture, the business partner/friend who pursued this for months on end to get me to quit and join him, had quit me. The returns weren’t fast enough for him. So here I was – inexperienced, partner-less, and terrified.

But was I scared that I was a woman in this situation? Not for a second. Was I scared like anybody else might have been? Absolutely. I had solid support from the design studio with whom we shared an office with and they helped me carry on. Now we’ve merged and are one big happy family. But did the fact that I am a woman hinder me in any way? Not in the least.

We faced several problems but I will attribute none to my gender. They were the same problems my male counterparts faced and in some areas, I managed better than them.

Entrepreneurship and the approach you take

Entrepreneurship is a wonderful experience. For one thing, it levels the playing field. Everyone is rooting for the underdog. The word “startup ecosystem” is beautiful because it means that everyone is an equal contributor to making the system work. It’s completely up to you to want to be a part of it. So your approach to entrepreneurship literally decides where you’re headed. If you believe there are barriers to growth and not opportunities for innovation, then that’s how your entrepreneurial story is going to pan out. Entrepreneurship has far more to do with faith and strength than expensive colleges, good contacts and funding. If that was all that mattered, then no non- IIT/IIM would ever start out and Housing and Tiny Owl would still be around and killing it.

Women and the Glass Ceiling

A glass ceiling may have existed years and years ago when women themselves didn’t know what the possibilities were and when even the men had no understanding of what us women were going to do to their domains. Women were late entrants to the business world, and hence there was bias, and we’ve worked hard to remove any bias or stereotypes about women entrepreneurs. We’re not soft, we’re not subjective, and we’re not biased. We’re strong, we’re analytical, we’re aggressive, and we’re smart enough to build something sustainable.

We have so many role models who broke out of the fear of the unknown and showed us that even the sky isn’t the limit. To be honest, I never experienced any barriers to growth based on my gender. In fact, people took me to be sincere, hardworking, and professional. That’s the benefit of my gender. I did meet a few people who felt uncomfortable around a strong woman, people who tried to compliment me with a pat on the back and a “for a woman, you’re doing really well”, or, “not bad considering you’re a woman”. We women are not excelling despite our gender. We’re excelling because of it! These are the people who reinforce our belief in glass ceilings. They would rather put you down than bring themselves up. Not the kind of folks you want around you.

The glass ceiling is all in our heads. We put barriers in our own way, out of the fear of the unknown. We know we might lose, so we come up with these self manifested barriers to growth. Glass ceilings, investor pressures, cash flow, and the like. If you anticipate a problem, fix it. Create solutions. An entrepreneur finds solutions to problems. She is alert, aware, forward looking and prepared. She needs only to believe in herself. It doesn’t matter if she’s from Bombay or Bhathinda, she has the single-minded determination to move mountains. There isn’t a ceiling – glass or otherwise. All there is are opportunities.