Are you anything like the women you see in Indian ads? 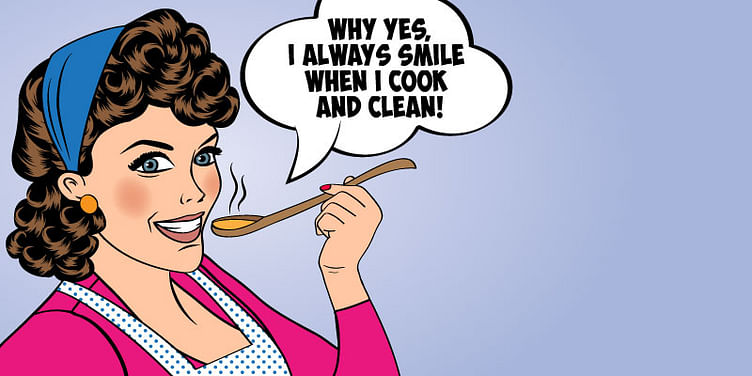 What will you do if you have to change someone’s mind in 20 seconds? Out of all the content in the media, be it on television, print or the internet, no other type of content has the power of engagement as advertisements. With a very limited time window of 20 to 30 seconds to catch the reader/viewer’s attention, ads also have to contend with being the most unwanted form of content. But these limitations have also resulted in exceptional levels of creativity and given birth to giants like Bill Bernbach and David Ogilvy and of course Alyque Padamsee and Piyush Pandey among the Indians.

The Father of Advertising David Ogilvy once said that “Advertising reflects the mores of society, but it does not influence them.” But is this true anymore? As we are constantly surrounded by media, our thoughts and actions are getting subliminally influenced, not to mention the effects on young impressionable minds. Bright colours and catchy jingles ensure that children are entranced by ads and they often absorb several stereotyping and prejudices from them. This is why the content in adverts needs to be taken more seriously.

The male-dominated, highly sexist culture at the 1960s New York agency depicted in Mad Men is certainly not exaggerated going by a sampling of ads from that era. The female body was used to sell everything from beer to cars, since it was the easiest way to 1) shock and 2) attract the target audience, which were mostly men.

Over the years, with more women joining the workforce including the field of advertising, thankfully we have had huge changes in the way women are depicted in ads. But a good number of caricatures of women persist.

The biggest caricature of all is the “Indian bahu” – dressed demurely in cotton salwars or sarees and catering to the whims and demands of the husband, children and in-laws with a pleasant smile. Check out these samples below.

The unhappy women of improvement products

Women are more likely to suffer from body image issues and poor self-esteem and there are plenty of adverts which take advantage of their insecurities. From weight loss aids, to fairness creams (for faces, underarms and genitals!), fashion brands and cosmetics all feature the unhappy woman who finds happiness and love after a magical physical transformation or makeover.Most of these advertisements are by top ad agencies for multi-crore accounts. It is more likely that it is sheer lazy writing that results in such ideas than actual sexist thinking by the creative brains in the field. But the fact is that if the teams from the agency as well as the brand were aware of the socio-cultural impact of their work, they would come up with superior ideas.

To end on a positive note, advertisements can be as good as the one below. Do watch with the volume on.