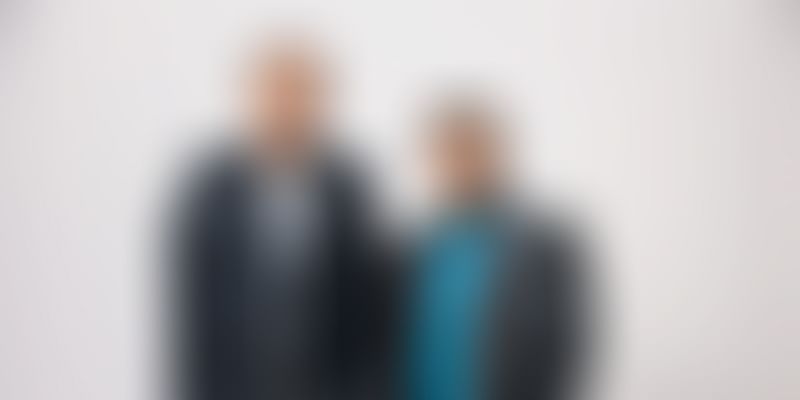 Startups are born out of brilliant ideas and sometimes these ideas are backed by solid expertise. However, companies cannot run with just a great idea and technical know-how. Execution, as many entrepreneurs and startup founders would agree, is a different beast altogether.

Understanding that early-stage and mid-level startups don’t necessarily know much about equity, option allocation, spending, investment structuring and human resources, Sandeep Shroff started myStartupCFO with his friend Sudhir Pai, a CA and tax consultant. It is a platform that helps startups navigate through the different financial aspects of the business.

However, what sets myStartupCFO apart is the fact it has a strong woman-centric focus. An engineer by training, Sandeep had started working part-time at a non-profit known as India Literacy Project.

The purpose of the organisation was to raise money in the US and fund literacy projects, largely rural education projects, in India. “It was here that I learnt that if you teach the mother, the kids are automatically taken care of,” says Sandeep.

He realised that there were many women who have left the professional workforce due to various commitments of family and children.

It got Sandeep thinking and he realised that women had the power to multi-task and do different things at different places.

These women were restricted to their homes, and the skillset they learnt at their jobs – whether it was collaboration, analysis, math or any other professional skill was just lying to waste. I realised that it was the mothers who could actually train their children with these important skills,” says Sandeep.

It is the mothers who have the capacity to actually train children to handle bosses, employees, boards and other team members, and if these skills die in the mother it will never reach the children. It was this thought in mind that Sandeep then thought why not let mothers be mothers and at the same time continue honing and developing their professional skills?

Working around the constraints

So Sandeep decided to build a completely flexible and virtual company where a working mom can work from wherever she wants. “myStartupCFO was built for a completely flexible workforce with flexible timing,” he says, adding that he feels a rigid workplace timetable is a thing of the past and not very workable for employees working from different locations.

Sandeep believes that the idea of working along a timetable is an industrial era concept and it doesn’t work with today’s technology and digital world. While creating an office environment when people are working from different locations is difficult, the team believes that the fact that there are collaborations and other communications, it still gives the women the needed skillset.

From a techie to a Wall Street analyst

Sandeep picked up the necessary skills for his current startup while working as an analyst on Wall Street. “Soon I became one of the top guys who handled all the relationships for Infosys,” he adds.

Sandeep realised that while there was a lot of data in the form of text, content and information, there wasn’t a structured database available in the market for investors, especially in the late nineties. While one could easily get the details on the financials, other information like the number of people a company wants to hire or let go off wasn’t that easily available.

From the first startup to myStartupCFO

This was Sandeep’s first startup out of Mumbai. “We even raised a lot of venture money, but during the 2008 economic crisis, Lehman Brothers, my first client died, and by 2010 the company shut down. So in 2010 summer I wondered what to do next,” he says. For three years, Sandeep evaluated startup ideas.

Meanwhile, people would get in touch with him seeking help with their company’s business models, and startups would ask help raise money. This ended up being his source of income. “I worked as a consulting CFO,” says Sandeep. He started myStartupCFO in August 2013.

From 2013 to 2014, based out of Delhi and US, mystartupCFO saw a 475-percent growth, and from 2014 to 2015 the team saw a growth of 50 percent. When a company wants its books to be cleared, then myStartupCFO releases something known as the full-stack CFO model, where the startup is given a bookkeeper, an account and a CFO. While some might be in the same geographic location as the startup, for others from different parts, site visits are carried out.

Many startups today realise the importance of having a good financial advisor. In terms of financial services, the Indian is not only fast growing but is also experiencing a lot of changes.

In 2015, over $9 billion was invested in Indian startups across 1,005 plus deals. In the first quarter of last year seed rounds contributed 53.2 percent of the investments, which was highest in terms of the number of deals.

The first quarter of 2016 saw 132 early-stage deals, where the investment amount were not disclosed, of which 112 were pre-Series A deals. The overall deal numbers were bumped up by pre-Series A deals. This is the stage when a startup needs the services of a CFO to manage the funds. There are several startups that focus on helping such startups.

Some of the players in the space are Kolkata-based Edfin Consultancy, whose services help startups or SMEs who cannot afford professional services of investment bankers and business consultants. There is Altfo Technologies, a private marketplace for alternative asset and investment management, and also Kolkata-based Moneyjugglers.