The relevance of non-disclosure agreements in your business 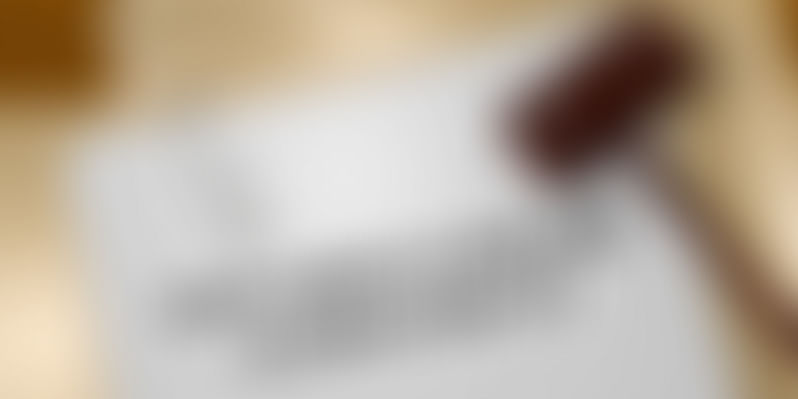 Had Rajiv Makhni, NDTV’s Technology Editor not signed a non-disclosure agreement (NDA), he would have presumably been able to share far more information about his enviable India tour with Apple Inc. CEO Tim Cook. I have not seen this NDA that he has signed, but I would assume that this was a standard agreement (if strict, considering Apple is a global brand) about what or not Makhni would be able to divulge.

An NDA is a protection guard against information leaks. But to get the sign on the dotted line is not simple in all circumstances. Recently, a Pune-based financial technology startup company encountered an issue with their own lawyer funding another company that had apparently copied its idea. Excluding other factors like ‘no or low barriers to entry in that market’, how can a company ideally tackle such issues to protect itself?

A friend of mine, Srikrishnan Ganesan, (Co-founder of Konotor, who recently sold his company to Freshdesk) offers perspective: “When we don’t know if we would be sticking to the plan charted and we share the pitch, the risk from more people knowing is not something we worry about. From a customer angle, when creating a new market, spreading the idea around is beneficial and even validates it.” When Konotor gave a design project for example, it would sign a mutual NDA.

Extending the example of the Pune-based company, the ideal pre-emptive strike would have been to incorporate a confidentiality clause in the services agreement with the lawyer. Despite this, if the lawyer had breached the terms of the contract, the settlement would have been captured in the resolution clause in the agreement, which would have provided for a resolution through arbitration or through the court. However, the enforceability of the NDA could be a cumbersome, time-consuming and costly affair. This has been seen in a case in the Calcutta High Court (Fairfest Media Ltd. Vs ITE Group Plc), where the parties had entered into a mutual NDA and yet confidential information was misused and the appellant finally had to procure an injunction to restrict the respondents from misusing the confidential information.

Features of an NDA

A simple NDA would cover basic points including parties to the agreement, subject matter of and time period for maintaining the confidentiality, and the resolution mechanism in the event of a breach. The confidentiality clause would not cover any information that is already in the public domain, or already known to the party receiving it. This would also encompass information that is required by law to be disclosed.

The parties incurring the loss out of contract violations can take umbrage under the Indian Contract Act that provides that the party committing the breach would have to compensate for loss or damage or is liable to pay a penalty where provided for.

The restrictive clause needs to be industry-specific; what is confidential for a hospital industry need not be so for an e-commerce company. Therefore, the NDAs differ across sectors. To elaborate, in the hospital services sector, what you would want to protect may be product specifications, raw materials and the processes. Similarly, for a technology company, confidentiality would be for the security programmes, and the business model. Where the service involves contract manufacturing, you would want to protect the composition or structure of the product, the manufacturing process, suppliers of ingredients and equipment, names and expertise of employees and consultants, know-how, formulas, processes, ideas, inventions, and product development plans, to name a few.

It is imperative to execute either a standalone NDA or incorporate confidentiality clauses in the agreements that you sign, with any party with whom you share trade secrets that have the potential to affect your business. Employees and people involved in the ordinary course of business are the primary target group. It is not possible for everyone to be willing enough and the mood varies across industries.

The movie industry is also probably a little tough to tackle. In her ebullient spirit, a screenplay writer enthusiastically read her script to a producer. Months later the producer used the plot without her consent. Unfortunately, for the scriptwriter, as she had not executed a non-disclosure agreement, she lost her plot, a common occurrence.

It is common knowledge that decks/pitches float around between venture capital companies and entrepreneurs and therefore it is advisable for startups to remove the absolutely confidential information. But it is very difficult for many startups to get VCs to sign NDAs before a pitch. As an angel investor puts it, startups could only have more to gain by disclosing information about what it is trying to do.