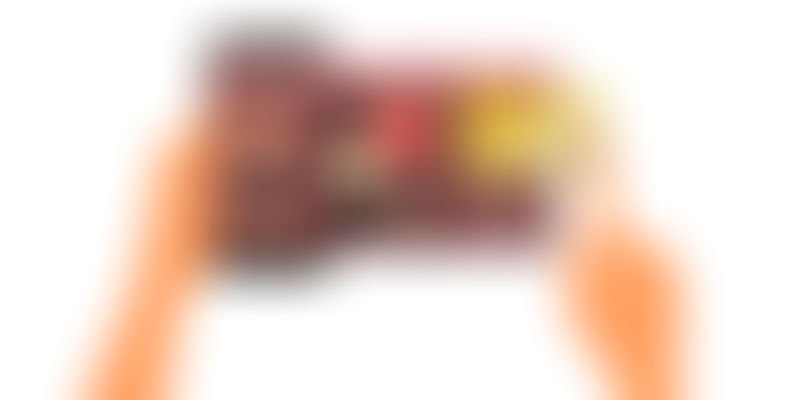 In a world with increasing mobile connectivity, where there is an app for everything, an ever-growing list of startups are venturing into personalised fashion and styling. “It is rather convenient to have an app that tells you what suits you, what you could pick and what you can wear for different occasions,” says 23-year old software engineer Sunita.

Over the past two years, the space seems to have exploded, with close to ­­­­­­$200 million being invested in personal styling and fashion startups, in over 14 deals. And this isn’t just restricted to women’s personal styling. In fact, Voonik acqui-hired Getsty, a curated personalised fashion app for men.

Given the space, let us take a quick look at the top styling apps that you can pick from:

One of the big names and early players in the space, Voonik was founded by Navaneeth Krishnan and Sujayath Ali in 2013. A MobileSparks 2014 company, this Bengaluru-based startup lets consumers buy fashion products according to their body type, personality, lifestyle, and budget. The Sequoia-backed company has acquired three startups this year, and is valued at $80 million. It has more than 10,000 sellers on its platform. (Read more)

Founded in 2013 by IIT-Delhi alumni Avinash Saxena, Kaushal Shubhank and Mayank Bhangadia, Roposo is a women-centric app that allows the consumer to discover, shop new products and trends that are curated, personalised and updated daily from across online brands and e-commerce portals. (Read More)

A more recent entrant into the market, SnobBox is an on-demand personal styling platform where consumers can fill in their basic details like body type, current wardrobe details, preferred type of clothes and other such details. Based on this, the stylist hand-picks five articles of clothing and accessories, which are then delivered to the customer's doorstep.

The customer gets two days to try everything sent in the SnobBox, the customer can keep what they like and return whatever they don't. When customers want to return a piece of clothing/accessories, they’re asked to give feedback.

SnobBox was founded in October last year by Harshal Shah and Jigar Zatakia. The core team comprises seven in-house stylists and merchandisers. This team is headed by celebrity stylist Chandani Zatakia, who has worked with leading actors and celebrities in the country.

Founded by Varun Mathew and Aditya Chalasani, Dekkoh is a mobile app that lets users browse different fashion products across categories such as apparel, footwear, jewellery, and accessories, from both online and offline stores. Dekkoh released the MVP of their app in December 2015 and by January they claimed to have over 2,000 users, few hundred stylists and 87 stores on their platform.

The app also includes an ‘ask a stylist’ tab, where users can make a personal styling request based on the occasion and their budget, add additional details if needed, and get responses from professional stylists.

Red Polka is an online fashion and lifestyle curation portal, which provides a platform for sellers to showcase their designs to their target audience. Red Polka, currently, focusses on woman shoppers and their shopping behaviour, in particular.

Red Polka tells shoppers that “We curate designs and customize according to your interest. We thus bring in a blend of interest graphs, analytics and curated designs.” Its curated designs are displayed every week according to a theme and accompanied by engagement stories.

Wooplr was started in 2011 by ex-McAfee employees. This March, the platform had raised an undisclosed amount of funding from Naveen Tewari, Abhay Singhal and Amit Gupta, Co-founders of Inmobi, Piyush Shah, InMobi CPO, Raghunandan G, Co-founder Raghunandan G, and ex-Puma India CEO Rajiv Mehta. They will join Wooplr as board advisors.

The platform helps people discover new products from stores around them, based on recommendations made from friends and other social influencers.

Pivoted from a B2B retail and inventory manangement solution Shopsense to Fynd a B2C e-commerce marketplace, the team claims that they are different from the other market contemporaries, where they focus more on the existing offline stores. What Fynd essentially does is partner with different offline brand stores near the consumer’s vicinity, thus giving users latest in-season fashion at store price.

Last November, the team had raised an undisclosed amount of pre-Series A funding from Kunal Bahl, Rohit Bansal and Kae Capital to go bullish on their B2C platform.

It is no surprise that several players are focussing on personalisation. Tiger-backed Roposo has positioned itself as a fashion-focussed social media platform. Limeroad, which raised $30 million Series C funding from Tiger in March last year, is a social discovery platform for women. Last February, Wooplr raised $5 million.

Even e-commerce fashion biggies like Myntra and Jabong are looking at personalisation and styling. However, the e-commerce market currently looks to be a tough nut to crack, what with Jabong having mixed reports of growth and difficulties, Snapdeal trying to increase its focus in the fashion segment and Myntra now moving back to the desktop.