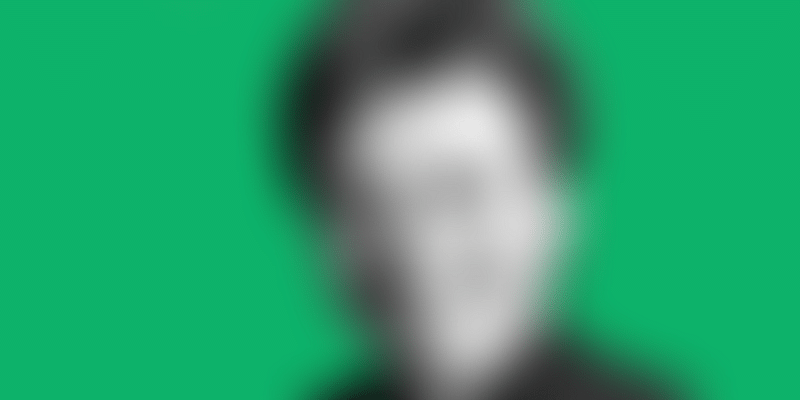 Thanks to the unprecedented success of companies such as Flipkart, Ola, Mu Sigma and Paytm entrepreneurship and startup culture have become mainstream in India in the past five years. These success stories have impacted the mindset of young Indians and encouraged them to tread the path of entrepreneurship. While the world started acknowledging young Indian startups and their founders only in the recent years, Rakesh Mathur took the startup world by storm when his price comparison portal Junglee was acquired by Amazon way back in 1998.

A veteran Silicon Valley entrepreneur, Rakesh is an alumnus of IIT Bombay and The University of Texas. He has founded and led over a dozen startups including Junglee, Webaroo (now known as GupShup), and Snapstick.

In the last three years itself, two startups backed by him - Just Chalo and Droptalk - were acquired by OpenTable and Dropbox respectively. Currently, he is leading a new venture - FlyWheel, an e-hailing app that everyday taxi drivers can use to pick up smartphone users in a handful of cities across the US.

Recently, Rakesh was on a visit to India and YourStory got chance to ‘walk the talk’ with him.

On Ola versus Uber

Ola started its operations in 2010 and has since dominated the online cab hailing space. However, Uber - which made its debut in India in 2013 - seems to be gaining the pole position this year. Recently, news reports outline that in a fierce battle to gain marketshare, Uber has outpaced Softbank funded Ola. When asked about how he sees the cab hailing market in India, Rakesh says,

So far the cab hailing business is all about giving discount to consumers. However, the time has come when better technology and superior consumer experience would ultimately emerge as the winner.

According to Rakesh, Uber has an upper-hand over Ola, as its technology is primarily meant to minimise human intervention. He adds:

On the contrary, if you look at Ola, it probably has 15X more employees than what Uber has globally. Uber has impressed me with its capability as a technology provider.

At the same time, like others Rakesh doesn’t believe that Indian e-commerce is a winner take all game. He says,

India is a large market and there’s a scope for multiple players in a particular vertical. However, I also believe that Amazon and Uber of India will be themselves only.

So far, Rakesh has invested in about 25 Indian startups including the auto rickshaw hailing app Jugnoo and tracking-as-a-service provider Hypertrack. But he prefers to keep tight lipped about the companies he has placed his bet on.

While we see several Silicon Valley veterans investing every now and then in Indian startups, Rakesh doesn’t invests actively in India. He adds,

Besides capital infusion, angel investing demands time for on-ground monitoring and mentorship. Since I am based in the valley, my bandwidth and reach are limited for Indian startups.

When quizzed about how his investments in Indian startups are performing. Rakesh sarcastically sums up,

I invest in seed round and by god’s grace majority of my investee companies have managed to survive. I am happy that they’re still around.

How current bubble is different from dot com bubble of 1999?

Global experts are of the opinion that crazy investments and insane valuations across startups have created a tech bubble. Rakesh also concurs with them.“Several privately held high net worth startups have gone through massive hair cut. Right from Dropbox, Uber, LinkedIn, Zenefit to Indian poster boys such as Flipkart and Zomato have seen correction in their valuation,” says Rakesh. He anticipates more corrections across homegrown startups. He adds,

We will continue to see correction in the form of shutdown, consolidation, down round, write off and shrinking valuation.

There are a very few entrepreneurs still around who have witnessed the gruesome dot-com bubble of 1999-2000. Rakesh had experienced it very closely. When asked about how current bubble is different from the crash of 1999-2000? He points out,

The intensity of tech bubble in 2000 was far more cruel because it involved public money. It was a bubble of publicly traded companies while the current bubble is causing loss to private investors (angels, VC, PE etc).

While bubble essentially depicts gloom and sad side, Rakesh sees a silver lining in it. Google, Facebook, Uber are amongst several successful startups that emerged when the time for entrepreneurship was not favourable. He says,

Google started when the first tech bubble was in the making while Facebook was born when the market was suffering from the crash of the bubble. Uber too started when global economy had gone for a toss.

After subsidy in frenzy of hyper-funding, Rakesh is optimistic about the emergence of new and real poster boys of entrepreneurship in India. “I am bullish about the prospect of B2B SaaS startups in India. So far we’ve only produced a handful of pure-play technology startups but I believe that the time has arrived for them. Given the low labour cost and conducive ecosystem, the world is poised to see the success of Indian product startups,” he says.

Bootstrapping is a classic way to build a company but hyper funding in India has made entrepreneurs to think that funding is the only option to do startups. Rakesh says,

I see many Indian founders feeling a sense of pride while quoting how much funding they have raised. This behaviour needs to be changed as it distracts wannabe entrepreneurs from the basic purpose of entrepreneurship.

He emphasises that funding doesn’t ensure the success of startups.“We built JustChalo under $300K and eventually sold it to OpenTable for a whopping $13.5 million,” he adds.

He laments that media is also responsible for not celebrating bootstrap heroes. He concludes,

I know very few bootstrap companies from India because media simply ignores them in the frenzy of covering funded ventures.