Are the regulators and cab aggregators going to find a balance? 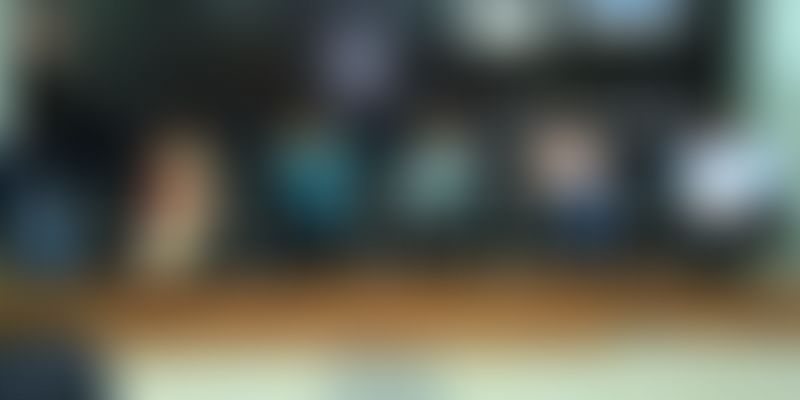 “The biggest challenge of urban life is wasting time commuting,” says T.V. Mohandas Pai, Chairman Manipal Global Education at the Uber Dialogue Panel on Progressive Cities for Disruptive Businesses, at 10,000 Startups NASSCOM. Over the past couple of months, there has been enough and more said about the regulatory battle going on between cab aggregators like Uber and Ola and the Karnataka government.

With innovation and newer business models being formed and developed, regulations help keeping in check any unprecedented growth of organisations. However, with newer models being formed, are authorities in tune with the change in dynamics to create laws and reforms?

Room for an open dialogue

Dr. A Ravindra, former Chief Secretary, Government of Karnataka, believed that the issue today needed an open dialogue between regulators and cab aggregators.

Emphasising the importance of having a regulatory authority, Ravindra said,

Whether we like particular laws or not is secondary. None of us like income tax, but it is inevitable and important. Similarly, there are laws that govern transport and businesses around it. Regulations are important for public good, but both parties involved need to work on a model that is mutually beneficial.

However, in the past months, there has been anything but a dialogue. Impounding of cars, rejection of licence applications, confusion over document signatures, cab drivers striking, and fight over surge pricing, all resulting in complete disarray.

Changing the landscape, yet illegal

Karnataka Additional Transport Commissioner HG Kumar told YourStory that Uber has been asked to submit sufficient documents to the RTO. “While the computer-generated documents are legally acceptable, it needs to have the signature of both the permit holder and the company to be credible. Uber’s documents had only the signature of the company,” he said.

While the battle seems to rage on and several facets remain unanswered, over 1,600 new vehicles are added into the city every day. This is simply making the commute for the consumer a painstaking affair.

"When I first came back to India in the nineties, there simply were three ways to go to an airport – one, book a cab a day in advance at ungodly rates, hike a lift from a neighbour, or drive to the airport myself. Today, I simply have to open my app and the cab is booked,” said R.K. Mishra, Founder Director, Centre for Smart Cities.

Apart from making commute easier, the cab aggregators have created unique models of jobs and employment. Mohandas believed that over the years, the idea of being a driver has transformed and the idea of innovation and the power of entrepreneurship is in the hands of the common man. This, he said, would never have been possible without technology.

Modern and innovative ideas have given people the power of choice and free-will. Today, with models like Uber and Ola, there are drivers who are capable of earning close to Rs 50,000 to 60,000 in a month. And that to me is a first sign of a progressive economy where everyone has a choice.

Rules that are progressive

Bhavik Rathod, General Manager, Uber Bengaluru, in his interview with YourStory, had said, “We are in favour of all regulations, they are a sign that the industry is being recognised. But if we had rules that were progressive rather than regressive, it would be beneficial for all.”

With changing technology and the growing use of smartphones, there are certain things that the government yet needs to catch up to. Whether it is understanding the dynamics of app-based e-hailing of cabs or the concept of online payments, there are some matters the government is still very slow in.

Pawan Srinath Head, Strategy and Programmes, Takshashila Insititution believed that when the Motor Vehicles Act was made in 1988 it was made to be progressive and keep the future in mind. He questioned the use of a digital printer in a cab, when you already have an e-bill. He also wondered what would happen even if a panic button was installed and that button was pressed.

"Big physical devices just don't make sense. Everything today is on the phone, and tomorrow it might be on the watches or on Goggle Glass. The regulator job is to create mandates like safety, and accountability and let the technology companies come up with solutions on how they will adhere to the same. They are better equipped to come up with solutions that help everyone,” said Pawan.

To surge or not to surge

While the debate on licensing continues, capping on the price limit is still a touchy topic among many. The surge pricing might help cap the growing demand and actually take drivers to where the demand actually is. However, having a 7X or 8X surge pricing isn’t helping the common man. The problem of surge pricing currently looks like a chicken-and-egg situation.

Jaspal Singh, Partner at Valoriser Consultants, believes that the drivers may be playing the system, adding that drivers concentrate in one location, switch off their app, and create artificial scarcity. He said that they use the second phone to keep track of the rising prices and once the surge begins, they log back again.

However, R.K. Mishra pointed out that in several cases, without any surge pricing, there would be a dearth in the supply of vehicles. The panelists, nevertheless, agreed that there is a need for creating a dynamic pricing system without monopolising or taking advantage of the end consumer.

The question of safety

One of the main concerns that the regulators have is that of safety. With the alarming and growing number of crimes against women, it has become imperative to have safety as a strong module.

Speaking of this, Revathy added that in many cases the phone might not have signals or might be discharged. Then, there needs to be a strong mechanism in times of distress.

An equally important issue that needed solving was getting in a quicker response time – either from the cab aggregators or the police. In many cases, helplines and panic buttons might not work, and there needs to be an involvement and use of deep technology in this case.

Thus, a consensus emerged at the panel that while regulations are important, it is necessary to strike a balance and accommodate the needs of the government, cab aggregators and everyday commuters.