A startup is just another story! 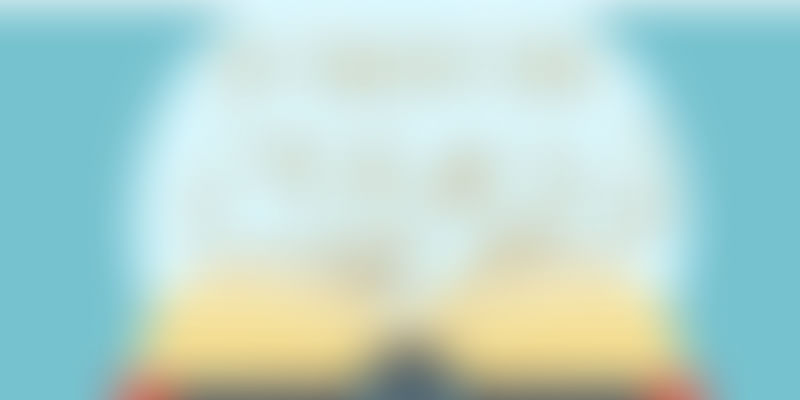 In my several years of mentoring entrepreneurs and startups, I have seen a fascinating pattern of ambition, leadership and strife emerge in every startup that I met. And each pattern in the startup journey has some similarity to one of the patterns in our lives. Isn’t the startup journey an abbreviated version of a life journey – with a start, phase of growth, phase of maturity and an exit? Various mythologies have stories that describe life journeys and experiences, and they capture the situation and perhaps provide a perspective that was never seen before by the entrepreneur or audience. And for this reason, I find myself telling stories all the time! They are powerful tools for my mentoring work.

People dismiss mythology as false stories, but they are anything but that. They are keys to understanding the culture, philosophy and choreography of life, because people tend to give meaning to everything around them. Devdutt Pattnaik, the mythologist and master storyteller, once joined us at a session at Think Next. He provided unique insights into how the constructs of three separate mythologies developed over time. Here is how we see those constructs reflecting some key phases of a startup’s journey.

In Greek mythology, there is constant strife between Gods and men. The Olympians overthrew the previous Gods and assumed their place, but felt threatened by men, who they feared may, in turn, overthrow them. Hence they tried to control men and keep them ordinary. But the heroes among men fought the Gods and their obstacles to become extraordinary. Stories of entrepreneurship are patterned like this, where the entrepreneur does not settle for the status quo, but tries to achieve the extraordinary.

This construct is strong in the early days of a startup. The founders and founding team are impassioned by the possibilities of doing the extraordinary and overcoming the odds against them. They attempt to battle the current set of incumbents or open-up a completely new market that did not exist before, and become the next market leader. The conversations in the startups are unstructured and open-ended, but always impassioned. The founding team is happy to take on the mission for salaries below market and stock as a premium for risk.

A few months ago, it was fascinating to watch the founder of a SaaS company from Chennai rallying his team to overcome the incumbency of a giant in building productivity products of the future.

Execute to a script

In the Abrahamic mythology, which consists of Judeo-Christian-Islamic philosophies, the construct is different. A messiah or messenger of God promises an oppressed people some promised land and they are ready to follow certain rules to get there. Most management gurus use this construct to develop modern management practices. They have developed constructs of “vision and mission” based on a promised land, “standard operating procedures” based on commandments, etc.

The focus now is on execution. Presentations give way to spreadsheets. The new hires are professionals who are experts in areas of technology, sales, finance, etc and external investors come aboard. The startup develops a plan to scale rapidly in the following months. The company’s interests are overarching and the founders’ interests take a back seat. If the founder’s interest adversely impacts the startup, the board/investors could take a view to disengage the founder(s). Such an issue made news a couple of months ago with the removal of the founding CEO of a notable startup in India.

Nothing lasts forever – be ready to change to succeed

An important concept and common thread in Hindu mythology is that of impermanence – nothing lasts forever. This is very true of an entrepreneurial life where markets change, the technology changes, and the team changes – constantly. As the startup grows and gets into a steady state, it becomes important that both innovation and execution be supported in a changing market condition. Neither can be compromised for startup growth. The employees of the startup have to break rules of the status quo on the outside (to keep their startups continually relevant) while following rules on the inside to harmonise execution. The constructs here are of the Hindu mythology, where both following the rules and breaking the rules are revered.

I suggest my mentees to follow the 80-20 rule at this stage of their entrepreneurial journey –where 80% of the employees focus on execution and executing flawlessly, and 20% of the employees focus on innovation and thinking out-of-the-box. Such a dichotomy is hard to build and sustain in any startup. The focus would usually swing the pendulum from innovation to execution. Companies that balance the two usually are most successful in today’s dynamic and fast changing markets.

Various constructs that Devdutt elucidated are but ways of discerning the stories that are being played out in startups. In an entrepreneurial life, as in any other situation, there could be conflicting signals, multiple priorities and competing demands on limited resources. Rather than react to situations, it is better to draw oneself away from the situation and ask, “What is the story here?” There might be multiple stories. But by knowing the stories, it is possible to discern the constructs and make better decisions.

Entrepreneurs embark on the road to building startups to script their own stories. And the key to their success is to do so while understanding the stories around them!