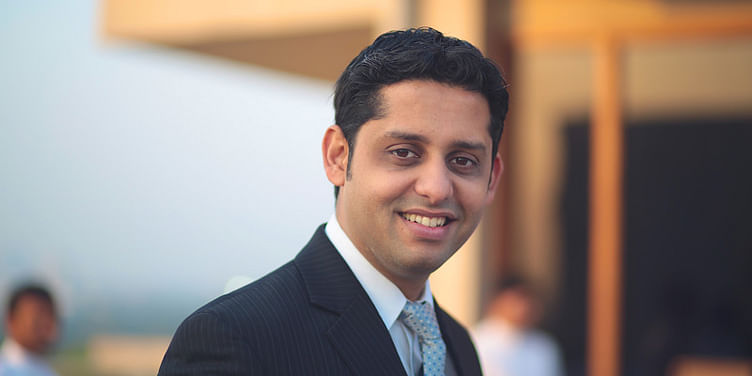 The legal battle between San-Francisco-based cab aggregator Uber and Karnataka government just got uglier. The Karnataka Road and Transport Department has not accepted the application made by Uber for its license. Ola’s application has been accepted. Over the past few weeks, the battle has gotten out of hand, with drivers of both Ola and Uber striking against the licensing rules, and cars being impounded and heavy fines being levied.

The problems Uber has been facing isn’t restricted to Bengaluru; a report by Business Insider suggests that Delhi District Court has ordered CEO Travis Kalanick and Uber India Head Amit Jain to appear before court. The challan filed by the Delhi transport department stated that Uber was operating illegally in the city.

Section 93 of Motor Vehicles Act, 1988, states no one is allowed to engage himself as an agent or canvasser and solicit customers for public service vehicles like taxis.

But, meanwhile, YourStory spoke to Bhavik Rathod, General Manager, Uber Bengaluru, to understand the reasons and possible conclusion to this mess:

YS: Have the Uber licences and licence applications been rejected?

Bhavik: We went on Monday to submit all our documents but the RTO inspector did not accept our application. And when we asked for a written letter explaining why the application hasn’t been accepted, we didn’t receive any response. So we have also sent a letter via speed post seeking an explanation for this. However, the licences have neither been given nor rejected for anyone.

The media reports quote they are looking for two signatures on the contract. But we have clearly informed the transport department that we maintain e-contracts with all our driver partners. And by the law of India, e-contracts are valid legal documents. We have explained all this and have even put it in the letter sent by speed post. The RTO has refused to accept the e-contract, even though it is permissible by law.

YS: What are you expecting from the legal and regulatory system? What is your fight?

Bhavik: First off, we would like to say that we are in favour of regulations. They are a sign that the industry is being recognised. However, it is important that these regulations be progressive and not regressive. We in fact submitted our draft suggestions in February as well, but the final notification that got gazetted in April 2016 is very different from the draft regulations.

The draft regulations that came out in February were still okay, and still in line with the central advisory. But the ones that got notified are very different. Our suggestions have not been taken, but the suggestions of the taxi industry have been taken into account, and the recent regulations are pretty much the same ones that came out in 1998 for the radio-taxi industry.

The driver partners, whose cars have been impounded and livelihoods have been affected, have moved to the court of law filing a petition. Their say is 'why are our livelihoods and cars being impounded with the regulatory battle that has been going on'.

Ola and Uber have been included as respondents. As Uber we have participated in that hearing in the court of law. We have submitted our petition on some of the clauses in the regulation that we believe to be regressive and our suggestions on how they can be better for tech businesses like ours.

For example, they have a rule of having a digital printer in the cab to print a receipt of the ride. We already have a digital receipt, which again in the court of law is a valid document. The regulations expect us to have a taxi sign on top of our cars. The whole reason for taxi signs was for street hailing, but this concept doesn’t hold true for the likes of us; it is e-hailing and everything happens in the app.

There are several other such examples that we feel are regressive to technology businesses like ours, and are even more cumbersome for our driver partners. Once these regulations come in, it just takes the industry back and not forward, they make it difficult for the driver partners to comply with them and not make it easier for them.

When we asked why our suggestions weren’t taken into account, they said we got a representative from the taxi industry asking for these changes. But the regulations are being made for a different business model and a technology business and if our recommendations aren’t being taken, it just doesn’t make any sense. The regulations don’t impact the taxi industry but cab aggregators like us.

YS: We would like to understand the different allegations being raised against Uber, and your stance on the same?

Bhavik: From our side, we have reached out to the department and requested for few changes and the different challenges we faced and if we could have a dialogue. The only response we got is that 'comply or your cabs will be impounded', and without warning cabs were impounded. The only option we have been left with is challenging them in court, despite all the engagements we have had.

Despite all of the challenges, we have gone ahead and complied with all documentation and paperwork. They told us to apply for the licence of 100 cars, and post that we could talk. This isn’t how it works, as we have thousands of cars on the road, and they tell us 'get the licence for 100 cars and then we will see.'

We have sent a letter seeking clarification of what this means, and again we haven’t received any response other than 'do this for 100 cars and then we will see'. But we are a company with a global reputation, and need to have regulations that are implementable and helps the industry and economy grow.