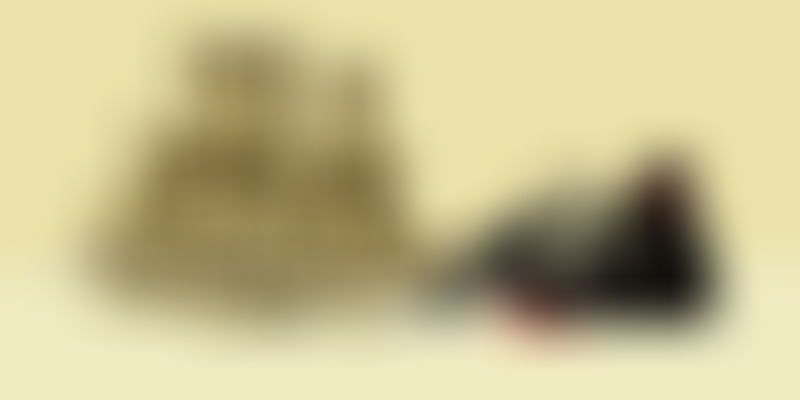 Gurgaon’s bike taxi startups not only have to face all the usual problems that plague startups such as promoting their services to building operations, they also have to deal with competition from two heavily funded Goliaths – Ola and Uber.

“Since their debut in Gurgaon, both Ola and Uber have played the discount card to gain traction and attract commuters attention. There is nothing wrong in it,” says Arunabh Madhur, Co-Founder, MTaxi. But he is concerned that they have begun paying riders absurd salaries in addition to perks. He adds,

The riders started getting paid 1.6X the industry average and surprisingly not for a ride/ service, but just for logging in.

The bike taxi operators claim that both Ola and Uber have poached existing riders from Baxi, Mtaxi, and a few others by offering higher remuneration and perks. Paying the riders without actually using their services completely deteriorates overall quality to a large extent. “Paying the riders not on number of rides but hours of login is creating slack in the system,” says Arunabh. This also impacts rider associated with us and other startups too.

Paying well is not a problem, paying just to show that someone is well funded is foolishness.

Ola and Uber typically pays around Rs 28,000 to each rider, while Baxi and MTaxi used to pay about Rs 17,000 - 18,000 a month. Baxi and Mtaxi moved to the commission model from salaried structure in April this year. “Doling out more than the industry average is attracting a lot of freeloaders, who will want to make the subsidy without working,” adds Ashutosh Johri, Co- founder, Baxi.

Baxi and Mtaxi both have lost about 30 percent of their business because they are suffering in terms of supply. “We’ve been running since early this year but now access to riders at a fair price- point is almost negligible. Deep pocketed players have hoarded supply, which is impacting our business in a big way,” points out a bike taxi startup, who prefers not to be named.

In a statement sent in response to our detailed email queries, Ola’s spokesperson says, “As part of the pilot launch of Ola Bike in Gurgaon, the service is available to select customers in limited areas across the city. Ola bike operations in Gurgaon fulfil regulatory requirements like usage of only commercially registered, yellow number plated vehicles, and requisite insurance cover for the driver and pillion ride. For Ola, respecting the established laws as well as safety and security of rider and pillion rider is paramount, and we will not shrink from this responsibility. Post the pilot, we will evaluate the extension of this initiative to the entire city, after requisite consultations with the relevant authorities.”

On the other hand, Uber didn’t reply to our email queries.

On the lines of China, Indonesia, and other SEA countries, the concept of bike taxis took off in Gurgaon last year. Of late, about half a dozen serious startups are evangelising this service in Delhi (NCR). While Baxi and MTaxi were the first to ply bike taxis, later taxi aggregators Ola and Uber joined the road early this year.

Monopoly: will it work in the bike taxi space?

“The negative impact of their deep pockets is that the smaller players will find the battle of garnering market share on the supply side difficult. It’s becoming a price war on the demand side and a subsidy war on the supply side and Ola and Uber can burn their stick at both ends, which few others can,” points out Johri.

What does it take to fight hyper-funded behemoths like Uber and Ola?

“Till then, we need to strategise how to survive while not burning ourselves out and maybe even making money. We, and other bike taxi businesses, need to find our niche in the market and try to establish ourselves there,” adds Johri.