Braveheart Amelia Earhart and the mystery of the missing plane 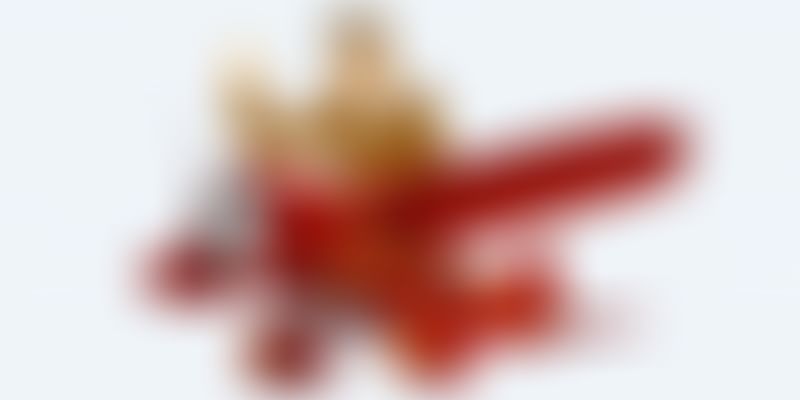 A woman flying alone in a little red plane across the wide, desolate expanse of the Atlantic Ocean – Amelia Earhart was the stuff legends are made of. Amelia was an aviator, author and the President of an organisation for female pilots. The disappearance of her plane during an attempt to fly around the world is one of the biggest mysteries of the last century. Today (July 24) marks her 119th birth anniversary. Though she was from a different era, her enigmatic personality still continues to inspire. In her short 39 years of her life, Amelia became the first woman to conquer the skies.

“There are two kinds of stones, as everyone knows, one of which rolls,” said Amelia once and she certainly was a rolling stone. Born in 1897 in Kansas, she grew up as a tomboy climbing trees and playing in the countryside. When she was 21, she attended a flying exhibition and was fascinated by the airplane that swished by her. Two years later, she got the opportunity to ride in a plane for the first time. “By the time I got two or three hundred feet off the ground, I knew I had to fly,” she said later. She worked in a variety of jobs – photographer, truck driver, and stenographer ­‑ to save $1,000 for flying lessons. She also managed to purchase a second-hand bright yellow biplane, which she named ‘The Canary’. She was soon setting several world records – the first woman pilot to reach an altitude of 14,000 feet and becoming the 16th woman ever to be issued a pilot’s license.

Alone with the seagulls

Amelia’s best remembered achievement today is becoming the first woman to fly solo across the Atlantic Ocean. In 1932, after a flight lasting 14 hours, 56 minutes during which she had to face strong northerly winds, icy conditions and mechanical problems, Amelia was forced to make an emergency landing on a meadow in Ireland. This feat caught the fancy of the world and she was soon the darling of the masses.

A feminist during an era when the feminist movement was still in its nascent stages, Amelia was a supporter of the Equal Rights Amendment, which would bestow women with equal rights in the eyes of the law.

She married George Putnam, also an aviator and author, in 1931 but retained her maiden name and chose not to have children. With her short hair and gutsy attitude, Amelia was much ahead of her time.

Amelia was the first President of ‘The Ninety-Nines’, an organisation for female pilots (which had 99 members initially). She joined the Purdue University aviation department in 1935 as a guest faculty member to counsel women on careers and inspire others with her love for aviation.

Her book ‘20 hours, 40 mins’ is a journal of her first transatlantic flight (as a passenger before she flew solo) and ‘The fun of it’ is a memoir of her flying experiences.

On July 2, 1937, Amelia and her navigator Fred Noonan embarked on an attempt to fly around the world in a Lockheed Model 10 Electra. The plane disappeared over the central Pacific Ocean near Howland Island.

There have been many theories regarding Amelia Earhart’s disappearance. Her plane had been low on fuel and most believe that it crashed and sank without a trace. But a few years back, researchers at The International Group for Historic Aircraft Recovery (TIGHAR) found an aluminium fragment on a Pacific atoll that is said to be part of Amelia’s plane debris. Cosmetic containers were also found there and the local people said they had heard about a man and woman who had landed there in the 1930s. It has been speculated that Amelia and Fred crash-landed on the island and spent the rest of their lives as castaways with no way to contact civilisation. A third theory is that Amelia and Fred landed in the Japanese-controlled Marshall Islands, where they were assumed to be US spies and taken hostage by the Japanese.

The legend of Amelia Earhart has inspired books, children’s stories and movies, including the 2009 movie ‘Amelia’ starring Hillary Swank. Whatever be the truth behind her disappearance, hers is an amazing story that continues to enthral in spite of the passage of time.