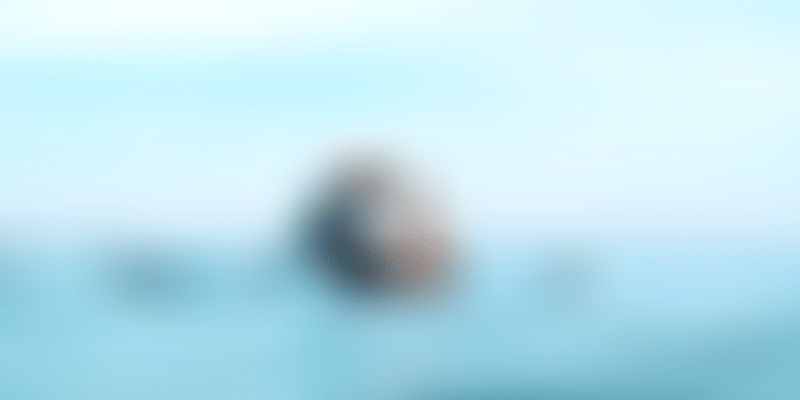 “What I love the most about the Andaman Islands is that they are wild and unexplored. I like that they make you question the things you take for granted in your life in the city and really show you that there is another way to live; a simpler, more beautiful, earthy, natural and interactive way to live on our planet. I love that the seas are such a gorgeous colour of blue-green and that they are filled with so much life!”

The Andaman Islands could not have found a better advocate than Tara Jain. A marine biologist and certified scuba diver, Tara has been working relentlessly to preserve and conserve the coral reef, educate and teach people about the value of the reef and the life it houses, and the attention and love it needs from the government, people, and organisations.

Growing up with the ocean

Tara’s early years were spent in small towns in Karnataka such as Hubli, Karwar, and Hassan, where growing up was an experience much different from the city. “Two decades ago, many of these places had no cable TV, and very little entertainment. I remember even Amul butter had to be brought in from Bengaluru by visiting relatives. I think this had a very profound impact on me,” she says.

Unlike other children, she would play on the beach or in the garden every day, and she would watch National Geographic documentaries that her parents rented from the local video library. The penguin documentaries were her absolute favourite.

As a kid, she loved water and swimming in the sea so much that even a near-drowning experience could not shake her up. “I didn’t think it was fair that my older cousin should be allowed to go deeper than I was, so I ventured after him. A rip tide caught me and pulled me out seaward, spinning me around and around. Luckily, someone spotted me from the beach and I was rescued, but the weird thing is that even in those moments, I wasn’t scared. It was almost meditative—curious, thought-stopping.”

Looking for the answer

Tara had never thought of becoming a marine biologist. In 2009, she graduated from Durham University with a degree in Philosophy. Soon after, she started a ‘normal’ desk job as a film marketing executive with Reliance BIG Pictures and realised that a desk job was not her cup of tea and that she

needed to re-evaluate her life. The opportunity to do so came in the form of a family vacation to the Andaman Islands.

“As I was walking on a beach in Havelock Island, I just had a thought that if I stayed back here, I would be able to gain some clarity. I did, and it happened. I guess I overcame the biggest challenge of my life by listening to a whim—by listening to this call that really came with no explanation or logic,” she says. From this point onwards, there was no looking back; the Andaman Islands were to become her home.

Being underwater for two to three hours every single day made her more and more interested in the animals that she was seeing. This, along with the damage that she was seeing year after year to the coral reef ecosystem and the oceans at large piqued her interest and desire to do something to make a difference. “I wanted to understand it, deeply, scientifically, so that I could then dedicate myself to protecting these places that I had fallen in love with and that no one—at least in India—seemed to be really involved with,” she says.

This pushed her to do a Masters in Marine Biology and Conservation from the Scripps Institution of Oceanography in San Diego, USA, in 2013.Armed with more knowledge, she was able to get working on the goal of saving what was precious to her.

Tara works with an NGO called ReefWatch Marine Conservation and currently heads the organisation as its executive director. “It is one of the only organisations in our country—and certainly the oldest—that works exclusively in the space of marine conservation,” she says. She has been with them for two years and is involved in fundraising, hiring the team, conceptualising and supervising their projects, getting permissions, liaising with government departments, marketing and social media, as well as with groundwork such as conducting surveys, working underwater, and teaching children, among other things.

“I am working on a first-of-its-kind project in this country that seeks to rehabilitate coral reefs using a slight electrical current. This is a great new way that technology is being integrated into conservation. It has been used in a few countries now as a way to protect corals—at present at smaller spatial scales—from global impacts like sea surface temperature rises and ocean acidification,” she shares.

In the place she calls home, she currently works with four villages and about 120 children, making them more involved, educated, passionate and equipped to protect their marine heritage. The goal of the programme is to connect these children to the ocean and to train them in careers that are both economically and ecologically sustainable. The programme is a part of her efforts at ReefWatch. She has also made small videos and short films on different underwater life forms and issues in India to raise awareness among young people.

On World Oceans Day on 8 June, this year she was also a part of the Away From Home  series filmed and edited by Rohan Thakur and Bharati Bahrani. Hosted by Tara, it discovers the unexplored and untouched beauty of the Islands.

Lack of a sea ethic

“As a nation, we do not have an ocean-oriented mindset—a sea ethic. And that, for the most part, carries forth into our governance too,” she says.

Despite an 8000+ km long coastline and a high level of dependence upon the ocean, India’s conservation attention is focused much more on terrestrial ecosystems and organisms than the marine variety, according to her.

Even though coral reefs are granted the highest level of protection under Indian law, the law is not strictly enforced due to the logistical difficulty of doing so underwater. The multitudes of red tape and permissions required make it trickier for people like her who are passionate about protecting the corals and working on rehabilitation programmes.

Raising money for marine conversation from companies, individuals and the government too is a challenge as they see it as less of a priority. “One specific change the government could make would be to have special training that equips officers who are used to terrestrial systems to understand and protect marine ones. Some of the organisations that are doing interesting research on coral reefs are NCF and the Dakshin Foundation. However, there are very few that are working specifically in the field of conservation,” she says.

The work Tara is doing keeps her motivated. She wants people to stop fearing the water and look at the oceans as a place of beauty and discovery.

As Tara continues to work towards conserving the reef ecosystem, she signs off with some interesting snippets of information that many of us may not be aware of:

“Physically, the Andaman Islands are closer to Indonesia, Thailand and Myanmar than they are to the mainland of India. There are close to 575 islands, out of which humans inhabit about 35. And while you might have heard about the Cellular Jail in the Andaman Islands, you might not know that for about three years during World War II, the islands were abandoned by the British and occupied by the Japanese.”