After marketplace, Prime and AWS, Amazon is looking for more 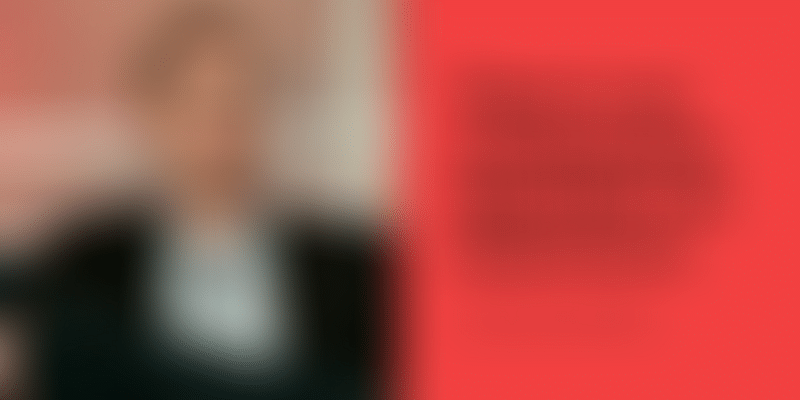 Amazon is well known globally for its e-commerce business, but over the past decade its cloud services arm Amazon Web Services (AWS) has seen exponential growth. Jeff Bezos, CEO of Amazon, noted some interesting stats in his recent annual shareholder letter.

Last week, AWS announced that it had opened a Data centre in Mumbai to better cater to its 75,000 active Indian customers. On the backdrop of this, AWS also hosted a summit in Bengaluru, where Andy Jassy, AWS CEO, spoke extensively about the company’s origins, work culture, strategies, and future plans during a fireside chat hosted by Bikram Singh Bedi, Director and Head of India, Amazon Internet Services. Here are some of the highlights from the discussion.

Bikram started off the discussion with the most fundamental question that Amazon generally gets asked from enterprises, partners, and even the general public,

Amazon is a retailer, why did it enter the cloud computing segment?

Andy who has been with Amazon for over 18 years and was involved in writing the business plan for AWS, noted that Amazon started AWS after experiencing the need for cloud services first hand and also estimating the tremendous scope it had. He said, “We were building Merchant.com, which sold e-commerce technology to third party merchants. We had big clients and found that it was hard and time consuming to meet requirements.”

In 2002, Amazon noted that software projects were still taking a lot of time even though they were increasing headcount. At the time, Andy was functioning as Jeff Bezos' Chief of Staff and was tasked with figuring this out the solution. Talking to multiple parties involved in the loop, Andy realised that product development was getting delayed because setting up databases was taking many months.

So, Amazon realised there was a big market for cloud service both as a resource to be used internally (at Amazon) and externally. Andy said,

So Amazon became a services company quietly without any fanfare. But it really changed the way we thought about development.

Andy recalled an important moment for AWS in the summer of 2003, during a leadership offsite at Jeff's house. The discussion started out about Amazon’s core competencies and strengths such as selection and fulfilment. Amazon’s e-commerce footprint was growing exponentially, but retail was a low margin business.

At this stage, they realised that Amazon had gained expertise at building infrastructure services and running cost-effective data centres too and decided to focus on it more. Andy noted,

Amazon has always been a technology company at heart.

So they believed it had a chance to be a meaningful business with a lot of internal and external demand. So as they already had consumer and seller businesses, Amazon decided to focus more on the developer business.

On competition and the ‘Cloud wars’

Bikram then noted that many competitors have sprung up in the past few years and asked Andy to elaborate about the ‘cloud wars’ and Amazon’s differentiation.

Andy said that Amazon had a six-year head start over competitors and hence has greater depth and more functionality in their offerings (over 70 services), with more coming in next few years. They also have the largest marketshare, with 10 times the capacity of their next 14 rivals(According to Gartner).

Andy believes this is a big advantage as the ecosystem of customers they have build are vast and diverse. Thus, they got lot of great feedback from customers, which helps them improve. He was also surprised that it took competitors so long to realise the potential of the cloud services market. Talking about the importance of experience, he said,

There is no compression algorithm for experience. You can’t learn certain lessons without going through the curve.

He also noted that force fitting a product to meet certain consumer needs doesn’t work in most cases. One can give consumers a list of best practices, but they will still use it the way they want.

Related read: Cloud is like a fertilizer that creates startups: learnings from AWS Cloud Kata, Bangalore

Andy believes that Amazon stands out in multiple ways through its unique company culture.

Andy believes that whenever there is a big inevitable shift happening in technology, leaders should try to adopt it quickly. Otherwise they accumulate a lot of technical debt and it gets harder to adapt as time goes by.

Speaking from experience, Andy recalled how Amazon did this successfully in their early days. As an inventory-owned retailer Amazon would store products in their fulfilment centres and deliver directly to customers. When they saw eBay and others offering products directly from third parties, they were in a dilemma.

Their entire company was centered around controlling the entire value chain and they were apprehensive if opening up to third parties would decrease quality. But they finally took a call that offering more variety and pricing options to customers had benefits and hence took it up. Andy noted,

In a similar manner, Andy noted that many companies had tried to wish away the cloud. Some found it to be disruptive to their existing skills, and others thought it was a passing fad. In this day and age where startups are able to disrupt existing industries and even create new ones, Andy believes that enterprises too should learn to innovate and experiment.

How to successfully innovate?

Andy listed down a three-step process to successfully innovate:

1. Have the mindset of wanting to experiment.

2. Ensure there is necessary infrastructure to experiment.

Almost every business, unless you are really lucky and catch lightning in a bottle, is not an overnight success. It takes a lot of iterations to find the right formula.

So it is important to hire dedicated teams to work on experimental ideas and not burden them with other tasks. A senior team member given charge of a new experimental side project will always give more priority to his existing core work that is already generating revenues. Hence, getting people to work on new ideas full time is important for its success.

Companies should also build a culture where it is acceptable to experiment and fail. Andy also notes that in most companies, senior folks look to enter meetings and shoot ideas down. This is not necessarily because they are mean spirited, but they have multiple teams competing for limited resources. So he believes senior members should be more forthcoming,“Don't say yes to everything, but say yes to a lot.”

We are working hard to find fourth and fifth, maybe Alexa, content and film business, gaming or advertising. You take big swings and may sometime fail. But make failure acceptable for smart people.

With Andy having seen cloud adoption around the world, Bikram asked him to share his views about India and the ecosystem here.

Andy noted that Amazon is now seeing great adoption of cloud services from both startups and large enterprises out of India. He was also impressed with the scale and dynamic nature of the ecosystem. Citing multiple examples, he claimed that 89 percent of the top 100 Indian startups use AWS.

He also noted that AWS is incredibly optimistic about India and is consider to be the biggest regions for growth, with the economy growing by leaps and bounds. Having also met government officials, Andy said that he was impressed with their vision and initiatives like Digital India and sees the public sector too gaining traction. Talking about their growth plans, he said,

Related reads: The battle for cloud – global cloud services fight it out for a piece of the Indian market