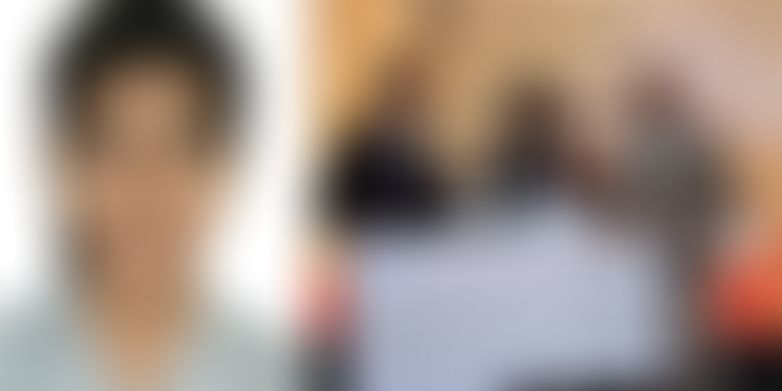 Rural areas in Maharashtra can now access clean drinking water at a nearby ATM outlet, thanks to the ‘Jal Jeevan’ initiative by Deeya Shroff, a class 9 student in Mumbai.

The first water ATM which is already operational in Sholapur in Maharashtra, caters to approximately 300 families residing in the area, who previously had to walk for miles to source clean drinking water. Moved by their plight, Deeya began researching on water scarcity related issues and reached out to Eureka Forbes with her project objective. With the company’s help, she came up with a plan to set up water ATMs in different rural regions of the country.

There were bureaucratic hurdles and process delays, but I followed up with the administration till I got a go-ahead, she says.

The first water ATM was inaugurated in January this year, after Deeya managed to raise an amount of Rs 15 lakhs by reaching out to individuals and government officials and a resilient struggle with the municipal commission to get permission for the proposed ATM site. Deeya was awarded a gold medal recently at the 6th annual Pramerica Spirit of Community Awards programme for her “extraordinary” contribution to community service.

The awards, launched in the year 2009 are a school-level recognition programme for volunteer community service with an objective to encourage efforts of school children currently engaged in voluntary community service. Besides receiving certificates of excellence, gold medals, and a cash prize of Rs 50,000 each, winners of the programme are also given an opportunity to go to Washington DC, to participate in several global events.

Most of us at some point in our lives have felt strongly about a cause. But few of us have actually done something about it. You have actively participated in and initiated projects which you believed in. The programme is our way of letting you know that we appreciate the remarkable work that each one of you are doing, says Anoop Pabby, MD, CEO, DHFL Pramerica Life Insurance Co Ltd.

Joining Deeya in the act of exemplary community service was Nikhiya Shamsher from Greenwood High School in Bengaluru, who took upon herself the responsibility to make education accessible for the underprivileged children through the medium of a school campaign that soon transformed into a community service initiative. Nikhiya’s campaign saw her distribute brochures, put up posters and send emails to parents of all her fellow students in the school in order to motivate them to participate in the cause and donate bags, books, stationery etc.

We may not be able to solve the world’s problems, but we can make the little part of the world where we live, a better place, says Nikhiya.

To expand the reach of her initiative, she designed a website, sent her story and prospective plans to journalists, urging them to spread the word and soon there were textbooks, notebooks, school bags, shoes, jackets, lunch boxes, water bottles and various stationary items pouring in. Taking her programme a step forward, Nikhiya started Yearn to Learn that sought to arrange for laboratory facilities at schools that provide free education.

Children from these schools have no access to experimental learning and miss out on a very important aspect of understanding science and math, she says.

To raise funds for the establishment of laboratories, Nikhiya organised a 15 day online crowd funding campaign, from where she managed to collect over Rs 4.18 lakhs including donations. ‘Yearn To Learn’ has set up 11 laboratories in 3 schools in Bangalore, one of which has decided to share its labs with other government schools to trickle down the benefits to maximum number of students. 14 other finalists in the Individual Category and seven students in the Group Category received Certificates of Achievement and silver medals for their efforts.