Tired of waiting, residents of this Rajasthan village bought a bus to send their children to school 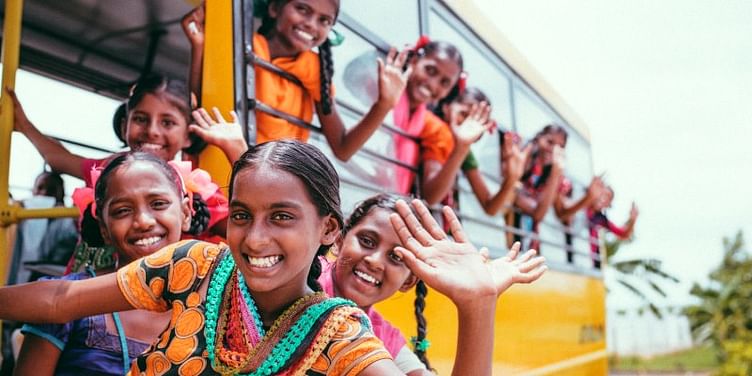 We often come across stories of positive anarchy. Last year, we shared the story of villagers living in the isolated villages of Aleeka and Panihari in Haryana, who after being ignored by the government for decades, built their own bridge and closed it for all politicians.

Not very far away from Haryana, the villagers of India have again proven the power of collective struggle and unity. Villagers of Hamirpura in Sikar, Rajasthan have raised money, bought a bus, and gifted it to the village’s government school for ferrying their children.

According to IndiaTimes, Hamirpura has nearly 45 hamlets within an area of three km. The children living here were unable to go to school as they lacked means of transport. Even after after multiple requests were made, the local authorities did not respond. The villagers then pooled money and bought a bus to transport their children to the Shahid Rajendra Singh Government Senior Secondary School.

On this triumph, Ratan Singh Shekhawat, an ex-servicemen and sarpanch of Hamirpura village, told The Times of India, “With this bus now, the children of Kantewa, Manasia and Jasarasar, 5 to 7 km away from this school, have also got connected with it. Earlier they were compelled to go to private schools which are running on a structure of three to five rooms.”