What Indian govt should learn from Tarishi Jain’s death 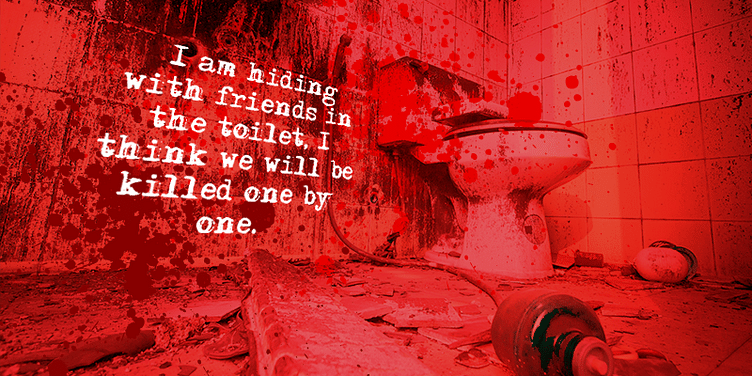 I am hiding with friends in the toilet, I think we will be killed one by one.

This was Dhaka terror victim Tarishi Jain’s chilling words in a phone call to her father during the recent terror attack at Holey Artisan Bakery in Dhaka. This haunting conversation that her father recalls should really be an eye-opener for the Indian government to come out with a single national emergency number for the loved ones of Indian victims caught in the throes of terror, so that they could inform the government.

Why should India be worried? Or why should it set up a national emergency number dedicated for its globe-trotting citizens? It is not only because terror can strike anywhere. According to a US report, five nations, including India, accounted for 55 percent of total terror attacks in 2015. That means Indians remain unsafe in any part of the world.

If Tarishi’s father in Dhaka, who had gone to the area to check on his daughter after hearing about the attack, or her uncle in India, who also received a similar call at 1.30 am, had called the Indian emergency number, what would have happened? Their calls would have alerted the Indian Ministry of Home Affairs or Ministry of External Affairs – whichever ministry had set up the cell in New Delhi, on the fact that there were Indian nationals caught in a terror attack.

The government cog wheel, even at that closed hour, would have started turning, slowly alerting the necessary officials on a need-to-know basis. They would have included the Indian Foreign Service officer in-charge of the Bangladesh desk, who would have in turn alerted his Bangladeshi counterpart and officers in the Indian Embassy in Dhaka.

These inputs may not have necessarily saved young Tarishi, but would have certainly added inputs to the men in-charge of the heat zone. If there was such a coordination, it would have added pressure on the Bangladesh government to act faster as foreign nationals such as Indians, Americans, Japanese and others were inside the café at the mercy of the gunmen. The Army commandos could have been pressed into service faster as the Bangladesh government would have realised that it was not a random shooting incident to be dealt with by the local police station-level constabulary.

Her mobile phone was her only companion:

Tarishi had also made a distress call at 1.30 am to her uncle, Rakesh Mohan Jain in India, from the washroom where she had locked herself up along with her two friends. She had told her family there were gunmen in the restaurant spreading mayhem. Though he had tried calling her back, there was no response. The call was finally answered by someone at 6.30 am but no one spoke from the other end, her uncle recalled.

As news of the Dhaka terror spread, one of her cousins in India, Saloni, tweeted:

By then it was all over at Holey Artisan Bakery. Tarishi’s death was first revealed by External Affairs Minister Sushma Swaraj in a series of tweets:

I have spoken to her father Shri Sanjeev Jain and conveyed our deepest condolences.The country is with them in this hour of grief.— Sushma Swaraj (@SushmaSwaraj) July 2, 2016

I am extremely pained to share that the terrorists have killed Tarushi, an Indian girl who was taken hostage in the terror attack in Dhaka.

Civilians in the cross-fire

Terrorism has become global and the `'non-state actors'’ as former Pakistan President Asif Ali Zardari famously called the Lashkar-e-Toiba’s Mumbai attackers in November 2008, have the advantage of taking the call on when and where to strike.

In the recent past, scores of Indians have been caught up in global terror incidents. Two Jet Airways staffers were injured in the Brussels airport where bombs went off killing and injuring dozens on March 22. Raghavendran Ganeshan was the lone Indian killed in the simultaneous attack on the Brussels metro station attack that day. The confirmation came almost five days after he was reported missing post the attack.

In the November Paris attacks, no Indians were victims, but more recently, two Indians were killed on June 21, in a terror attack in Kabul, in which 27 people were killed. In September 2013, Indian woman writer and activist Sushmita Banerjee was also killed by the Taliban.

This year alone, there have been three deadly attacks on Indian missions in Afghanistan in Jalalabad, Mazar-i-Sharif and Kabul where Indo-Tibetan Border Police personnel, tasked to guard the missions, have been engaged by terrorists.

On April 7, ISIS kidnapped 300 foreigners in Damascus, including some Indian workers whose fate is still unclear.

On March 4, an Indian Catholic priest was taken from an old-age home where he was serving and rumours were rife that Father Tom Uzhunnalil, 56, would be crucified on Good Friday, to show the ISIS disrespect for other faiths.

In the Nairobi mall attack too, two Indians were killed.

Setting up such a national emergency number will also benefit victims of pirates who roam the high seas, particularly the Gulf of Aden. In the last year or so, 15 Indian sailors were rescued – 10 off Nigeria and five off the Ivory Coast after pirates who had held them hostage were intercepted by foreign navies in joint rescue operations.

In the past, notably during the UPA government, many Indians have been held on ships by pirates, while their families back home ran from pillar to post, between ministries literally, not knowing which ministry’s doors to knock-on.

Setting up a cell or a national emergency number where families can inform the government or get information from a single source will certainly be a positive step.