Never tried to understand women cricketers? Here is your chance! 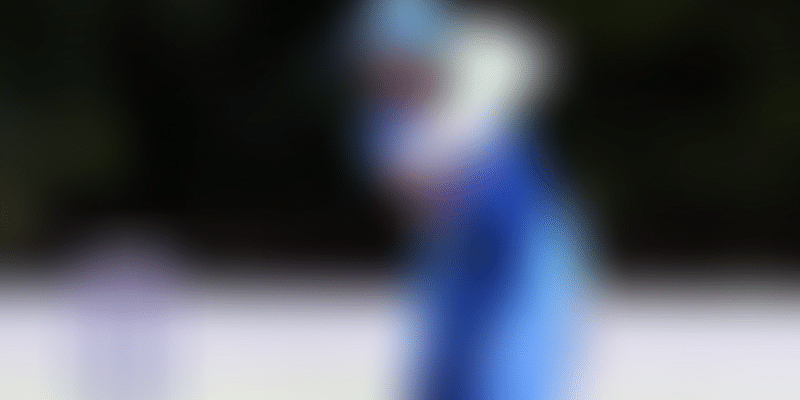 Quick question: How many of you know that we have our own Women’s National Cricket Team? If you do, then good – you’re part of the tiny percentage which isn’t living behind a glamourised rock. In a country where cricket is the most revered and glorified sport, it is almost stupefying to see how little is known or acknowledged about the female counterpart to our more famous team.

We live in an age of social media where people pretty much know the bathroom timings of their favourite celebrities, but when it comes to saluting this group of strong, talented women which is representing our nation across the world, we draw a complete blank.

Hailing from Mumbai, Diana was the Captain of the Woman’s Cricket Team for three years running, from 1978 to 1981. Her first entry at the innings was way back in 1975. Drawn to sports at an early age, Diana grew up playing cricket with a tennis ball in the narrow lanes of the railway colony where she lived. After trying her hand at Basketball and Table Tennis at the Junior level, she found her true calling in cricket. Initially, Diana was picked for the local team for the Railways where she showed her potential. Following this, she was selected for the National Team, where she picked up strength as a slow left-arm orthodox bowler. In the many years that she played the sport, she took over 120 wickets, creating history in the team’s legacy. Diana created a name for herself at a time when women were still being ardently held back by tradition and society.

The first time this Delhi-based cricketer walked onto the field was when she was a mere nine years. Up against a team of experienced college girls, she scored 20 runs and took two wickets. Later, during the same year, she was selected to be a member of the Under-15 team for New Delhi. Anjum marked her debut in the arena of One-Day Internationals aged 17. She debuted in Test Cricket a few months later at Kolkata’s Eden Gardens, where she was up against England. This was in 1995. Since then, Chopra has played in 116 ODIs and 12 Test Matches, becoming widely acclaimed as the ‘Face of Women’s Cricket’. She has held the title of ‘Player of the Series’ in a one-day international against England, where she scored runs at an average of 67.5. An exceptional left-handed batsman, Chopra has reclaimed her identity in various ways since her days on the field. She is an active member of the 26 member-team of IPL commentators and has co-authored the famous coffee-table book, ‘Women’s Cricket World – A Journey from 1745- 2013’, which narrates the history of the sport for women from the time of the British Raj to the current period under the ICC.

The current Captain of the Women’s National Cricket Team is the all-time leading run-scorer for Tests Matches, ODIs and T20Is. Hailing from Rajasthan and the daughter of an Indian Air Force Officer, Mithali played her first match at age 10 and joined the league at age 17. She made her ODI debut in 1999, when she scored a 114 unbeaten runs against Ireland. Under her captaincy, the Indian team reached the Women’s World Cup Finals that took place in South Africa in 2005. It was also her leadership that got the team to win the test series in England. She created history in the sport when, at only 19, she broke Karen Rolton’s world’s highest individual Test score, which at the time was 209, by scoring a 214 against England in the second and final Test at County Ground, Taunton. To top that, she is also a Padma Shri and Arjuna Award winner.

Hailing from Nadia, West Bengal, Jhulan is the embodiment of an all-rounder cricketer. Being noted and acclaimed for both her batting and medium right-arm bowling, Jhulan was appointed to lead the Indian Team for the World Cup of 2009. With a Test bowling average of less than 20, she was awarded ‘ICC Women’s Player of the Year’ in 2007 and also received the Arjuna Award, in 2010, and the Padma Shri, in 2012.

Harmanpreet made her debut at 20 against Pakistan in the 2009 Women’s Cricket World Cup at Bowral. Since then, she has become a bright young prospect for the Indian team and rumours of her future captaincy have abounded in aplenty already. With a batting average of 37 in ODIs, Harmanpreet turned many heads with her performance in the game against the neighbouring Bangladesh Team, at an ODI in 2013. She scored a whopping 195 and also took two mesmerising wickets. She is also the first Indian cricketer to be signed by an overseas Twenty20 franchise. Sydney Thunder, the Women’s Big Bash League champions, signed her for the new season of Women’s Big Bash League for 2016-2017.

We hope you are interested enough to look up the others. If you idolise anyone we haven’t mentioned yet, please let us know in the comments.