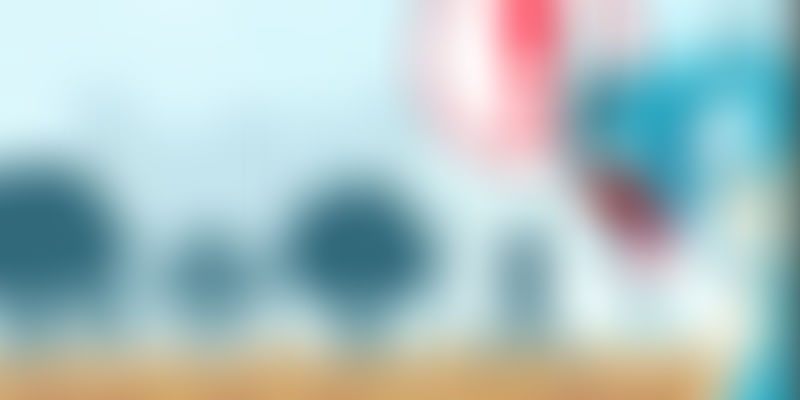 Look out, there’s a Pikachu lurking round the corner! Gotta catch ‘em all!

If you understand this lingo and have been shoved aside as a frantic twenty-eight year old with his eyes and nose one with his phone-screen, you probably know what we’re talking about. For the other social outcasts who have truly established the art of living under a rock, Pokemon Go is here and the world is going crazy about it.

Although this most sought-after game is raging across the world, it hasn’t witnessed its official launch in India as yet. However, we truly are a country of exemplary coders and hackers, and today, our streets are filled with the young Pokemon trainers (as they like to call themselves), with their noses buried in their smartphones, encircling the nooks and crannies of the furthermost corners and districts to have their dream come true – catching their favourite Pokemon!

As you’ve probably noticed, Pokemon Go is taking over the lives of our friends, family and compatriots. If you’re lucky, you may even see your boss cut a meeting short because there’s a Pokemon lurking at the corner of the parking lot. You may think your boyfriend is taking a picture of that pretty girl near the temple, but really, he’s trying to get the Squirtle hanging off her shoulder.

As with everything else, Indians have managed to turn the notch up on the hype to their credit. Superseding even the Candy Crush madness that plagued the world for a good while, Pokemon Go has managed to do something that no other digital app has been able to achieve – it’s gotten people outdoors!

However, rising high in the tide of Pokemon mastery comes with its price for Indian users. In a country as vast, diverse and (let’s face it) crowded and noisy as ours, it is quite natural that the buoyant users are going to face a couple of hard-handed issues while floundering around the cities. And here are some of the major ones:

If you pay a bomb for a decent 3G package every month, then you probably understand the ‘slight network issues’ we have here in India. The 4G and 3G connections tend to be a bit moody and decide to disappear altogether, at times. And, if you are a 2G user, then you shouldn’t even bother trying the game. By the time the game loads and focuses on your phone, the Pokemon would have completed its life-circle and been reborn again. To cap it all, the rains don’t make matters easier, making already palpable networks weaker. So, you may find yourself on the brink of finally catching that rare Pokemon, only to have your server down, the game freeze and your world crash.

As luck would have it, your Pokemon could be in the very vicinity where a girl is obliviously rooted to the spot. Needless to say, she could misconstrue the situation and assume that you are a creepy stalker taking her picture, because that’s what it might look like. We have a fair share of creeps giving us enough cause to panic on a daily basis, so you can’t exactly blame her for jumping to the worst conclusion. So be a bit weary lest you should find yourself against an angry mob tearing at you.

If you’re living in Mumbai and you do look out of a window once in a while, you’ll probably understand the struggles of being caught in the middle of a torrential downpour. It doesn’t rain in Mumbai, it pours. The game’s release is congruent with the Monsoons in India which will have its users soaked to the bone in their search for the Pokemon. With our apathy towards road re-structuring, there are surprise potholes in various corners across the city. It is highly probable, that while you are busy catching that Bulbasaur, you’ll fall into a pothole.

Jaywalking and the occasional clash

We live in a country where a majority of the drivers do not believe in following traffic laws. And more than the drivers, it’s the people on the road who have never heard of the term ‘zebra crossing’ and who have magnanimous faith in the driver’s ability to screech halt when they cross like cattle in the middle of ongoing traffic. Put a smartphone that has Pokemon Go in their hands and things might just end up horribly wrong. Jaywalking is no laughing matter, and the chances of people being run over while having their heads buried in their phones as they cross busy roads are aplenty.

Before you enthusiasts label us as ‘haters’ and use your Pokeballs to destroy us, we’re right there with you – making it our life’s (at least temporary) mission to hunt down our favourite Pokemon and become the Pokemon Masters we know we are. But it is prudent to be aware of the price of being careless with this incredible game, only so it can be played in the peace. Till then, solder on!