Why rivers run dry in India’s richest state of Maharashtra 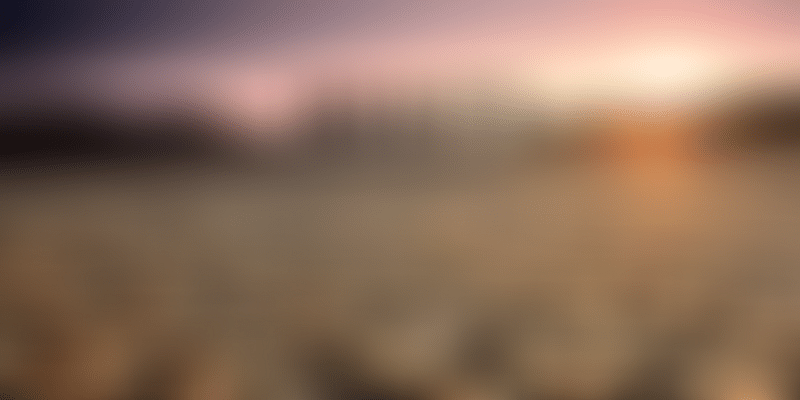 The previous year witnessed an alarming increase in the rate of farmer suicides in the state of Maharashtra. Considering the unpredictability of rainfall that the region witnessed, it was of no surprise that many crops failed and many production sites and farms were shut down on a ‘temporary basis’. A year along, the rains may be frequenting the state more, but the administrative setup remains the same – slow and ineffective.

A 70-year old strawberry farmer, Yunus Ismail Nalaband, spoke to the journalists of ‘People’s Archive of Rural India’ about the flagrant decline in the rate of requisite water levels in Mahabaleshwar, where he along with his wife, Roshan Nalaband, have been selling strawberries for a good part of their life.

“The prices are higher this year because of scarcity, but that is offset by a poorer yield and lesser quality of crop,” says Yunus.

The three acres of land to his name contains a dug-well, and with the help of the water available in the borewell, the Yunus and Roshan manage to draw up enough water to keep their farm running. What is credible about the Nalaband duo is that despite the frequent shortages they face, they share their drawn water with the neighbouring ‘Krishnamai Temple’ free of charge, claiming that they do not ‘own’ the water, as water is a natural resource ‘owned’ by the Almighty alone.

Yunus’ generosity is a boon for the Temple authorities as the ‘kunda’ or temple tank has been empty for most of the year, going dry this season despite being walking distance from the ‘Panchganga Temple’, which has its sources as the four rivers – ‘Koyna’, ‘Venna’, ‘Savitri’ and ‘Gayatri’.

In a survey conducted by some journalists of various media channels, they decided to visit the source of the several rivers of the state and speak to the locals of the respective districts about how this mega water-crisis is affecting their lives. This is where they came into contact with Narayan Zade, a retired tourist guide and migrant worker, who said that he had not seen the kunda of the Krishnamai empty in six decades. He did not attribute the water-crisis to the varigarated rainfall but rather to the authorities in question.

He also acknowledged the major deforestation that had occurred in the land but said that it wasn’t at the hands of the locals. Locals, he said, couldn’t get away even with cutting a couple of branches. However, people from outside would take truckloads of timber and get away with it. Zade also stated that it was due to the lack of the Government’s prerogative in implementing a law prohibiting this that the state was experiencing its current status of water-crisis. He further attributes the advent of ‘unregulated tourism’ to the list of evils causing the shortage.

There is much talk about the State’s proposal for irrigation schemes, most of which have been rendered a ‘scam’ by the locals. The villages that are meant to benefit from this scheme never do, and the water that is reserved for them – for drinking and irrigation purposes – from the ‘Ner dam’ and the lake in the district, is largely cornered by sugarcane cultivators nearby.

Besides ‘Maan’ and ‘Khatav’, representatives from 11 other dry ‘tehsils’ confer each year to form a ‘dushkaal parishad’ (a drought committee), where they have been demanding a separate ‘drought district’ for 13 ‘tehsils’. However, as Dr. Maruti Ramakrishna Katkar, a retired district medical officer showed scepticism towards this. Seceding to form a new district wouldn’t be much help to them, according to him. It would only succeed in making the old districts be less answerable to them.

Sharad Mande, a retired irrigation engineer, has the most effective statement in relation to the cause of this water shortage. Dams, pipelines, water treatment plants and pumping machinery all last over a decade, some even several. However, he said, the life of a chief minister is only five years. He added that there was only credit for what is done immediately, not long-term action.

In Maharashtra today, the state’s irrigation potential increased by a mere 0.1 percent over ten years. As many as 77 developmental projects have been ‘under execution’ for over 30 years. Groundwater has reached minimal levels, drinking water gets diverted to construction activity and where within the broad spectrum of agriculture, most of the available water is monopolised by sugarcane – the ‘selling point’ of the ‘MLA factories’.

The drought phenomenon plaguing Maharashtra isn’t a recent one. It saw its commencement in 2012 and from then on, it’s been four bitter consecutive years of depleting water, indebtedness and farmer suicides. 2012 saw the worst drought in the state, despite recording an above-average rainfall in the previous year, with even water filling the many dams of the state. This goes to show that insufficient rainfall isn’t the only cause for droughts. Poor selection of crops, inefficient methods of irrigation and imbalanced use of ground and stored water also leads to drought –now commonly known as ‘man-made drought’.

The following two years saw a repeat of the same pattern, with the onslaught of a state-wide irrigation scam involving irregularities in irrigation development, which was confirmed in a 2014 report. Despite some political figures facing the plunge of the ‘Anti-Corruption Bureau’, as expected, they were let go scot-free and the state went back to dealing with its man-made drought.

Despite the Government’s declaration of a five-year ban on new sugar mills that are intercepting the limited water-supply and its endorsement of more effective methods of irrigation, the question of trust rears its ugly head. After years of apathy, oblivion to expert advice, five years of continuous drought, thousands of crores of rupees unaccounted for and more than 6,000 priceless farmer lives lost, could there be any credibility left in these claims?

The crisis has reached an alarming level and needs to be dealt with on a national scale and platform before it is too late and Maharashtra gets a new label – ‘drought-stricken’.