4 ways to shut out the chronic interrupter 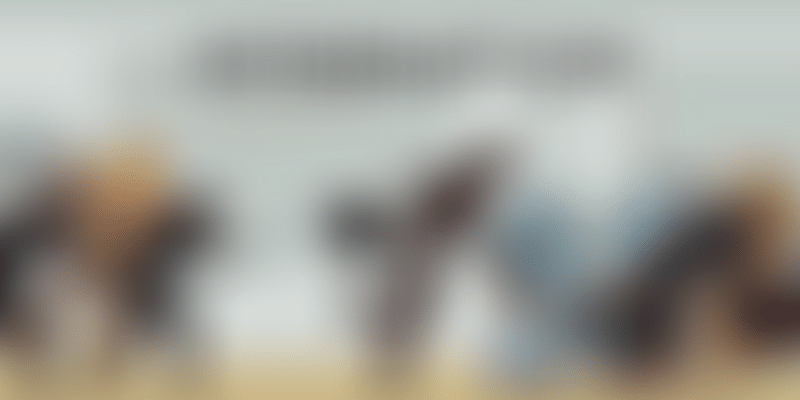 With its innovative perks and liberal work culture, Google is a company many want to work at. Their policies seem employee-friendly, and they always champion causes like maintaining a diverse workforce and educating their employees about unconscious biases. However, last year at a panel discussion at the South by Southwest music, film and interactive conference, Google executives Eric Schmidt and Walter Isaacson were pulled up for interrupting and talking over Unites States Chief Technology Officer Megan Smith. And, this was done by another Google employee in the audience – Judith Williams, the head of the company’s unconscious bias team.

In their piece titled Speaking While Female, Facebook COO Sheryl Sandberg and bestselling author Adam Grant, narrate a similar incident that happened during story meetings for the TV series ‘The Shield’. Producer Glen Mazzara noticed that two young female writers weren’t participating much, so he asked them to speak up more. “Watch what happens when we do,” they replied. Mazzara found that the moment they started speaking, they were interrupted (or manterrupted as is the urban slang for it) or shot down by men before they could finish what they started. If they posed a good idea, the men would jump in and ‘bropropriate’ it as if it was their brainwave. Mazzara, thus, saw what the female writers went through and instituted a new rule for story meetings. Whoever speaks, be it a man or a woman, no one interrupts.

Sheryl says when women speak at work, they walk a tightrope. They are sure to be judged. If they talk too softly, they are dubbed weak. If they raise their voice to be heard or if they make a strong statement, they are termed aggressive. As a result, she says, women often decide to speak less. So how do we deal with this? Before going into a meeting, there are a few things you can do or keep in mind to prevent attracting an interrupter’s attention.

But even after you keep these points in mind and act accordingly, what if someone still interrupts you? How can you make sure that you don’t stoop down to the chronic interrupter’s level, yet manage to put your point across? Here are some practical ways to deal with this:

Yes, it might sound like a losing battle because almost always, it is men who interrupt you, but keep at it. Instead of engaging in a duel of decibels, lower your voice first, suggests Kevin Sensenig, Vice President of Learning and Development at Dale Carnegie Training. Lower your voice, keep an even pace and calmly, yet confidently make your point. This will either make the interrupter stop or the others on the table see that you are making a serious point and ask him to stop. The key, he says, is to just keep going on. Go on till the other person gives up and when they stop, reiterate your original point.

If even after trying, you couldn’t go on talking, the next step is to find a pause or break while he speaks and interrupt him back. When they stop, find a well-related thread or link to what you were saying and repeat your point. What works even better is involving others in your discussion. Ask others for their opinion and encourage them to speak as too many opinions will drown out the interrupter.

If the above two ways are too aggressive for you, you could stick to being your polite self, but be firm. When someone interrupts you, let it be known that you are not finished yet. “Sorry, but I am not done”, “I’ll be done in a moment, please don’t interrupt me” and “Excuse me, but I didn’t get to finish” are all short and polite ways to stop the interrupter. Don’t be aggressive, say it with warmth so that you don’t let it lead into an argument. Else, you could use the alternative way of acknowledging the person first and pretend as if seeking his permission to continue. You could say something like, “I know what you have to say is just as important as what I am saying now. I will pay full attention when you speak, but first, would it be okay if I took just a bit more time to finish my point?” Usually, people would say yes to this as they would not want to tarnish their own image in front of the room.

If all the above fail and you have been through enough and more interruptions at work, it is time to speak up. As soon as you are interrupted, alert the meeting head of this. As you are stepping away from the problem at hand, there will be a disruption and people will take notice. Talk about how such interruptions are happening every time you start to speak and that you need time to finish talking. Suggest that the top rung considers a change in meeting processes and etiquette so that everyone gets a chance to express what they want to.

Understand that one or more of these methods might create some friction between the interrupter and you. So, after the meeting speak to them like you usually would to let it be known that you have no hard feelings. It is better if you don’t spell this out, but simply engage in a normal conversation on some other topic with them. You do not need to apologise as that would mean that you feel guilty of stopping them, instead just try to normalise your interaction.