Startup India from announcement to on-the-ground action: a report card from the DIPP Secretary, Ramesh Abhishek 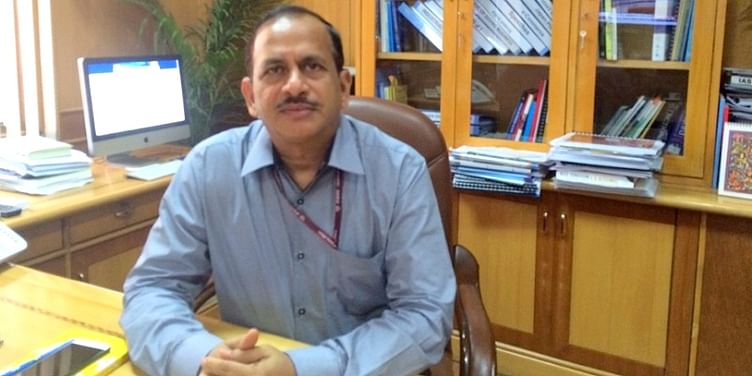 The new DIPP Secretary walks the talk when he says that he is open to supporting and encouraging startups. I called him last Thursday, and he promptly agreed to meet me the very same day. Like everybody else in the startup ecosystem, I was keen to learn what was happening on the Startup India Standup India front after the big bang launch in January this year. I wanted to know what the government has been doing so far and what more it plans to do.

Ramesh Abhishek took over the reins at the DIPP from Amitabh Kant when the latter moved to become CEO of the Niti Aayog. It has been up to him and his team to ensure that what PM Modi laid out in the Startup India initiative in January this year is timely implemented and is successful in what it set out to do: give new Indian entrepreneurs a robust infrastructure and support system to get them up and going.

The government is very keen to promote the startup sector. A lot of good things are already happening without government intervention, and what the government is doing is stepping up to provide a much better enabling environment for startups. Much of what was announced this January is already underway, says Abhishek.

“Taxation and incentives (for startups) were the big areas. Startups registered and incorporated from 1st April 2016 are eligible for tax incentives,” he adds. The government has published the guidelines for tax exemptions that startups registered between 1 April 2016 and 31 March 2019 can avail of. Startups need a certificate of eligibility from the Inter-Ministerial Board of DIPP to avail of these benefits. There are also tax benefits for investing in companies above their fair market value. Anyone who invests in the funds of funds which has been created will be exempt from capital gains tax. We are setting up a Rs 1,100 crore funds of funds. SIDBI has started working on it already and it has already undergone the scrutiny process under SEBI’s Alternate Investment Fund regulations."

[Read more about the tax benefits available to startups and investors here.]

There is a sense of pride that is clearly visible as Abhishek tells me that since the Startup India Hub was operationalised on 1st April this year, the DIPP has received a total of 571 applications (as of June-end 2016). Given that negotiating terms and conditions of any scheme is never an easy task, the Startup India Hub is providing support and guidance to those applicants who were unable to submit the required documents.

Data is tracked daily and they’re looking to add several more features, including a number of training modules and financial tool modules from the market. “In the coming months, we will be able to bring all the people in the startup ecosystem together,” Abhishek explains, adding:

The government’s job is to encourage entrepreneurship. In so many countries, the government has played a critical role, and we want to do the same in India.

Seven proposals for research parks, and 16 proposals for technology business incubators and startup centres have been recommended by the National Expert Advisory Committee. There are several other things that the Startup India Hub is doing, all of which Abhishek rattles off with ease. Patent applications are being fast tracked; there are expert panels available to provide consultation and advice, procurement norms have been relaxed, startups have exemptions from certain compliances, and there’s a hub-and-spoke model being set up in conjunction with the state governments to help startups across India.

“Not only are patent applications being fast-tracked, there is also an 80 percent rebate being provided on patent fees. For procurement work, we have waived prior experience. Then there are 250 panels providing consultation and advice…these are listed in the Startup India portal. I encourage startups to explore this – have more faith in the government,” he advises. “We want startups to succeed.”

Of course, not all ventures succeed. To make things easier for those who decide to call it a day, the government has tabled the Insolvency and Bankruptcy Bill 2015 to help businesses wind up in three months. Abhishek promises that a Startup India dashboard will be available very soon.

In parallel with what the Startup India mission is doing, the Atal Innovation Mission, launched by the Niti Aayog is looking to promote entrepreneurship and innovation. It is meant to serve as a platform to promote innovation, grand challenges, startups and other modes of self-employment, all with a tech-driven focus.

“We want to build a solid environment and infrastructure for entrepreneurship, focus on improving the ease of doing business, so that startups have no reason to register in Singapore, for example. We are working to remove all the bottlenecks,” Abhishek promises.

I ask him about what drives him day after day in executing this one-of-a-kind initiative and he promptly responds: “The ability to make so much of positive difference. India has so much of talent and energy, and the opportunity to support startups is such a fantastic one. Every day, that’s what drives me to do more.”

In China, the government is credited for the new entrepreneurial boom the economy witnessed in the last few years, with the launch of internet plus programme. Close to 60,000 startups came up in the last two years according to a spokesperson at 36KR.

Will the government intervention accelerate the startup boom in India? Let's wait and watch (while we continue working in our startups).