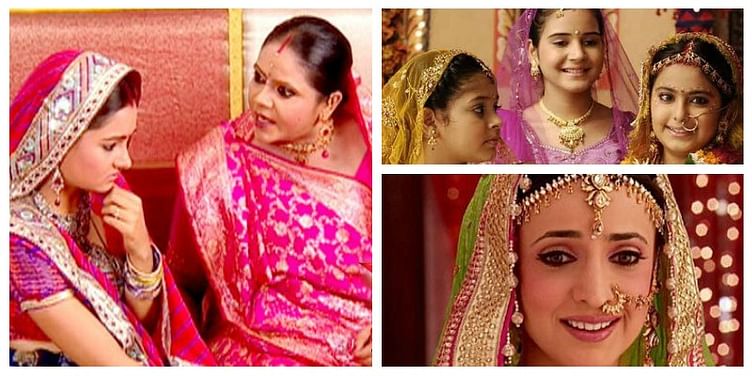 A cursory glance at television serials still shows angry mothers-in-law, weeping daughters-in-law, women carrying out the household chores decked in blingy, ethnic outfits, and bedecked in jewellery; there are very few working women, and an overdose of the scheming vamps. Yes, a certain level of suspension of disbelief is expected from entertainment programmes. After all, we have plenty of Indian and international shows featuring ghosts and vampires! But, when female characters are consistently stereotyped as ‘timid, obedient = good’ and ‘assertive, questioning = bad’, it does add to the innate sexism and patriarchal notions already embedded in the mindset of the masses.

The quality of our television programmes have shown a curious downward spiral over the years. Take the case of Udaan, which was telecast in 1989, and told the story of a female IPS officer. The protagonist was empowered, gritty, and inspiring. Compare that to the recent aspiring IPS officer Sandhya on Diya aur Baati Hum. She spends the first 100 to 200 episodes in a saree with a pallu over her head, cringing at criticism from her mother-in-law, and trying to please her by learning to cook and clean. After ages, she does manage to convince her family and become a police officer, but it is difficult to view her character as empowered.

Many educated urban women do not watch Indian TV shows. Better production values, superior writing, and diversity of genres have resulted in the popularity of American dramas like Quantico or Game of Thrones and sitcoms like How I Met Your Mother or The Big Bang Theory, just to mention a few. Still, going by the TRPs and advertising these programmes get, it is evident many Indian soaps have a high viewership. Whether it is women from big cities or rural areas, the young and the old, thanks to the omnipresence of the television, there is a huge enamoured audience who watch them religiously. What’s worrying is children and teenagers (both boys and girls) could be forming opinions on women and their role in society based on such programmes.

There are many who disagree with this point of view. Says Prateeskha, who belongs to the young, educated, urban woman category,

Actually, if you follow television shows over the past few years, there has been a lot of improvement. Yes, there is regressive content, but there have also been several shows recently that try to tackle social issues like neglect of the girl child or the importance of women having the freedom to pursue their career dreams and other life goals.

It looks like the heart is in the right place for many of creative teams behind the shows, but in the end they mostly prefer to play it safe. A working woman has to be shown working hard to get the blessings of her family and striving doubly hard to take care of the husband, in-laws and children, lest she be seen as too ambitious and strong-minded. She might be a career woman, but not at the cost of her family since she is an ‘Indian’ woman and respects traditional values. The men are also stereotyped as the mama’s boy who does not dare question the ‘elders’ of the family or as the manly man who tames the rebellious streak out of his partner and ‘domesticates’ her. Many of the shows also get into the TRP game, and popular shows end up extending the storylines unnecessarily with silly, contrived plots, which end up making the women look like caricatures. The soaps in regional languages dish out similar fare and are no better.Other than the obvious – better production values and well-written scripts, what do we need on Indian shows to make them more in tune with the 21st century?

Career women – Why can’t we have working women characters without it being a big deal and a main focus of the story? Instead of the approach of serials like Diya Aur Baati Hum and Tamanna, sometimes the maximum impact can come from the ordinariness of a situation. Why does a woman’s career still get portrayed as a choice or worse a favour bestowed on her by a generous family? Let it be something that deserves no special mention.

Diversity – If a story is set in a Gujarati family like in Saath Nibhana Saathiya or Qubool Hai, which focusses on a Muslim family, is it necessary to have only characters from that community? We live in a multi-ethnic society with diverse religions, cultures and languages, and hence it makes sense to show this rich social fabric. Again, older shows like Nukkad portrayed this beautifully.

Social issues – Realistic handling of social issues is the need of the hour. Balika Vadhu, which was supposed to fight the bane of child marriages showed the child dolled up in finery, living in the luxurious mansion of her husband’s family, getting occasionally sad on missing out school. To a family living in a single room tenement in rural Rajasthan, struggling to get two meals a day, that kind of life would seem aspirational for their girl children; hence, the show ended up glorifying child marriage. Sexual assault and teen pregnancy are the real problems in a child marriage.

Body image – Instead of having only fair-skinned, slim actors, having characters of different body types and skin tones would help not just in creating positive role models for the youth, but also make the reel world more realistic. Again, an entire show about the tribulations of a dark skinned girl Saat Phere – Saloni Ka Safar is over the top and doesn’t really help.

Those in the entertainment industry often forget that they can be influencers of societal mind-set. That is a great power indeed, and more efforts should be made to channelise it the right way.