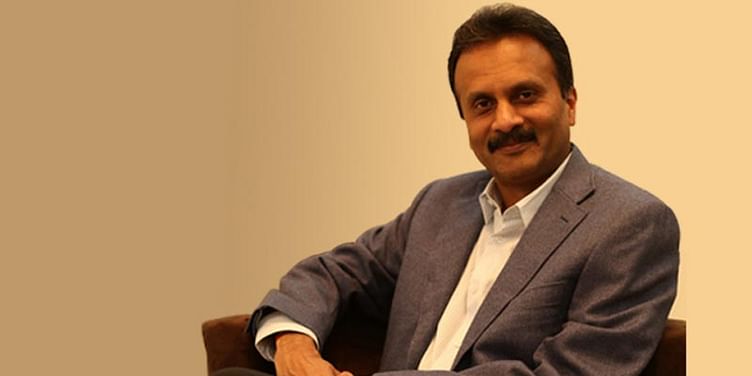 [Editor's note - This article is based on a recent interaction between the author and VG Siddhartha at the IIT Kanpur campus during the latter's visit to the institution.]

They say success is all about the fusion of talent and opportunity, and one person who exemplifies this is VG Siddhartha, Founder and CEO of Cafe Coffee Day. He says India is the right place and this is the right time for all those who want to invest in the market and make their fortunes.

He hails from Chikmagalur, a town in Karnataka where the British used to grow coffee in the 19th century, and belongs to a family that took up the same profession. According to him, three factors which have changed the entire scenario in India are the internet, a billion cell phone users, and the variety in demography. After India’s economic liberalisation in 1991, he started buying plantations and in 1993, started trading coffee. Within three years, he became India’s largest exporter of coffee. However, this is only the beginning of the story.

The man who was once so lacking in confidence that he would not take  a lift for fear of having to engage in a conversation with the driver has now managed to give a speech in front of a crowd of Babson College’s MBA students. . In 1994, when he shared his plan of starting CCD and selling coffee for half a dollar with an IIM graduate, 15 days later, the guy gave him a 20-page report on why it would not work. But Siddhartha was keen to pursue his dream and today there are more than 2,000 CCD stores across India, employing about 40,000 individuals (of which 27,000 are direct employees). His business provides 1.6 billion cups of coffee to corporates.

How did he come up with the idea of CCD? The answer can be traced back to a night in Singapore when, while dining at a restaurant with a friend, he noticed people having drinks and surfing the internet. Another discussion with the IIM graduate yielded much the same response; the only difference was that this time, Siddhartha didn’t let it stop him, and soon he opened the first Cafe Coffee Day.

One of the factors driving the success of the chain is that its CEO is unafraid — he says international competition will only teach him how to get better. He advises entrepreneurs to follow in his footsteps and be fearless, confident, and remain unworried. According to him,

entrepreneurship is an ultramarathon, not a sprint — one can’t win it in 10 seconds. A few guesses won’t lead anywhere; there should be a consistent effort in order to be successful.

His ultimate goal is creating jobs and training the available potential in India. He says he doesn’t hire engineers because they’ll somehow find their way; instead he hires those who desperately need it. He runs a training centre for 10th- and 12th-standard students where they are taught presentation and computer skills. They are also offered six-month retail jobs, after which they can work anywhere they want. In the last six years, the centre has churned out about 6,000 trained students, and it was a proud moment when he found out that a student from his first batch was managing an Indian restaurant in New York.

He has also planned a hospital which will not have any bills — all the expenses will be borne by the hospital itself. Along with the coffee business, Siddhartha is also an economist; he runs a financial firm which deals with logistics and has a potential of $600 billion in the next 20 years.

He says that there is a difference between being successful and actually using all your potential. Being in the market for 20 years and having made money is not a scale of success for him. His vision is to see Cafe Coffee Day among the top three Indian retail brands within the next 15 years.

It’s an ultramarathon; it’s the moment you realise your potential and without caring for ups and downs give it a try, consistently and smartly.

As Café Coffee Day’s tagline goes, “a lot can happen over coffee.”