How an entrepreneur battled bankruptcy and built a Rs 250cr company 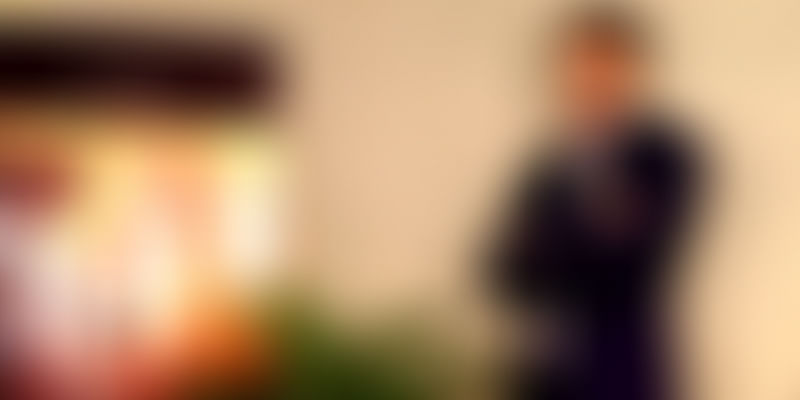 If you wake up to the fresh air that permeates Hyderabad's HITEC City and take a walk in the wee morning hours, you can see several individuals cycling with professional gear. One of them is Sridhar Pinnapureddy, Founder and Chairman of Rs 250-crore Tier-4 data centre company CtrlS Data Centre Limited. A lanky 42-year-old, Sridhar is a very shy person who does not reveal much about his past. That said, everyone around him knows about his over 20 years of business experience and the numerous awards he has won over the last seven years. However, his journey has been anything but easy, what with having been on the verge of bankruptcy and having had his team question his instincts.

He has founded three companies, the third among which is two-year-old startup Cloud4C, a disaster recovery service that is now on the verge of raising money. He has raised Rs 400 crore from a clutch of global private equity players and is on his way to making the company a $500 million business by the end of the decade.

His data centre business competes with global telecom companies, Google, Amazon's AWS and Facebook, among others, but where Sridhar changed the game was by building Tier-4 data centres which host critical banking and enterprise applications. Walking into one of the data centres in Mumbai feels like entering a fortress. The data centre has moats, almost impregnable walls (attack proof), and automated technology that manages critical applications of 57 banks with zero downtime and lowest energy consumption. It has more than 2,000 customers (global and local) who are hosting their applications in CtrlS.

Here are the excerpts of his interview with YourStory.

YS: Before we talk about the business, talk me through those difficult moments that shaped you as a businessman?

Sridhar: I have had several difficult moments. In 2001, when I was running the internet service provider PoP (Point-of-Presence) business, I had run into losses. It was a three-year-old company (Pioneer eLabs) at the time which focused on getting corporates to scale up their communications infrastructure. It was the beginning of the dotcom crisis and money stopped coming in. I had to pay back a lot of people, which is why people trust me today. The fact that I backed myself at the time guided me through all the financial troubles and the tough business decisions that I have had to make. The second financial problem I had was in 2008 and 2009 when a large PE fund left my company CtrlS because of the financial crisis. However, at the time I realised that I was going to make money because banks began to take their critical applications to data centres outside. They were no longer ready to invest in their own data centres because it was expensive. That was why CtrlS was able to grow for the past six years. The same PE fund (he does not want to take names) returned in 2013.

YS: Your management style is different because you invest everything till your board gets agitated. But then, in the long run, since you have generated value, is that why people think you are sort of a maverick?

Sridhar: Yes, I have been lucky. I do not worry about money and generally, do not let things worry me. The first financial problem, in 2001, worried me a little. But if you back yourself, people will back you. I keep throwing in money into R&D and have always made my own decisions, so far, to make sure things work. My management style is hard. If I believe something works then I create a team that stands by me. If I say “fall,” they should be willing to. This means you need people who can back your vision. It does not mean that you employ people who will only say yes to you all the time. It’s employing people who share a common vision and entrepreneurs often cannot tell that difference. For example, before I built CtrlS, I discussed the Tier-4 data centre idea with my team in 2006. The technology team said they could not do it and were against investing in the data centre business. They were worried that maintaining critical applications could become a problem. But I went after it anyway because I knew that was the future. In 2008, I launched CtrlS and the result speaks for itself. The same thing happened in 2014 when I launched my third startup called Cloud4C. My marketing team said disaster recovery in the cloud was not possible and that clients would not want to be part of it. I employed people who trusted my vision and now I am on the verge of raising money and expanding that business.

YS: Let us speak about the business side; you have built a Rs 250 crore data centre business and a substantially large ISP business with Pioneer and now Cloud4C. What makes the business unique?

Sridhar: The ISP business is slow. But the data centre for critical applications and the disaster recovery service on the cloud through Cloud4C is growing faster and will become large business houses. Since you have visited our data centres you see that the model is very clear and I see it evolve in two or three ways. Today we manage these critical applications or let corporates' tech teams collocate to our data centres. The business model here is to charge corporates for maintaining their data centres over and above the cost of the technology that we provide to manage the downtime and provide zero redundancy. My data centre applications can also morph IT services businesses. They can work with us because our data centre comes preloaded with all the critical applications necessary for the corporate. Why should anyone buy licences when they can work on a pay-as-you-go model today? Similarly, with Cloud4C, the company gives four copies of your critical data at flexible pricing, low downtime and high security. We are a hardware and software stack and a viable technology company. Cloud4C can become the future of data recovery and security. We are becoming a platform company where we can offer tailor-made services for corporates.

YS: How is the business of IT changing in India?

Sridhar: IT services in the old way is finished. It is no longer about systems integration and hardware integration. In the old days, you had 65 guys working on implementing an ERP package with 15 of them on site. Businesses no longer want this kind of model. They want automation and platforms that can take care of IT with fewer members on the project. This completely messes up their balance sheets because so far they sold based on people and licences. Automation also makes product companies change their licence model and look at new revenue streams. Think about it; the next few years their balance sheets will see licence revenue fall and they have to do something about. It is going to be a collaborative and highly automated world. But IT services companies will survive because they have to manage legacy and slowly they will move towards new revenue streams.

YS: What advice do you have for entrepreneurs?

Sridhar: Let me say that the family system supports entrepreneurs in India. An entrepreneur needs the family’s support in times of distress. Many years ago my dad mortgaged his house to make me a businessman. I come from a family of agriculturalists and my father had a drilling business. What I am hinting at is that family is the single most important reason why India has a great support ecosystem. But there is another side of India where banks work on a collateral model with students for education loans. This model kills innovation and the ability to think. There is an ecosystem in place that makes universities a place of research that can take ideas to commercial viability. There is no vigour in the system other than family supporting you at all times. The bridge between university and corporate innovation is still small when compared to the millions of students whose potential we can tap. The good part is that the nation is young and it can serve the world to become technology and business leaders. There are extremes in India which needs to be addressed by all of us. Entrepreneurs do their part of building services and technology. There is one problem, though. I do look at the current crop of those who raise investments and care less for building sustainable organisations and I wonder whether these companies will last. Such businesses will surely not survive over the next five years. That said, the past five years have seen a sea change in making entrepreneurship a viable option.

YS: Are you mentoring people and startups?

Sridhar: I lack the time to mentor companies outside. I do promote internal talent. If a person mentors startups then he must have a lot of time on his hands. I must tell you that entrepreneurship is hard; you have to balance your life by not worrying too much. If things do not work out, you should keep trying to make things that work and forget about the past by learning from it. It is different for different people. But in the end, it is your values (the beliefs that you have) as a person that carry you through all problems. My beliefs are to trust my gut, take bets on the future, draw strength from my family, and be strong for my entire team.

YS: What are did you learn when you went from first Rs 1 crore to Rs 300 crore?

Sridhar: Firstly you detach yourself from the object called money and focus on the product. If your product or services are viable then clients will pay you. I solved a need at each point of time and worked towards making the business viable. So the money I have earned is because of the solutions that we bring to the table. I have been clinical with what I want and I do not lose focus with what I am building. Work-life balance is important too. I cycle and I spend a lot of time with employees and my family. I would say that all entrepreneurs should build institutions, which is what makes great countries and people. The USA is a prime example of building institutions that made that country lead the forefront of entrepreneurship.