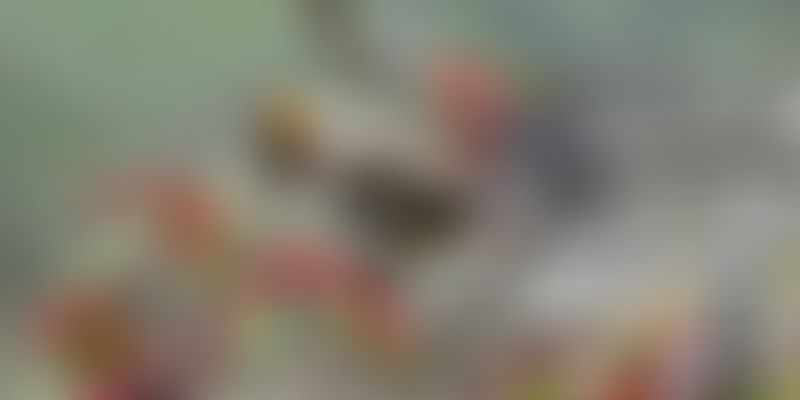 “Don’t get fooled by the slight voice, polite verbiage and smiling face. There are tons of steel, not steel as even steel can be bent, perhaps loads of concrete behind that voice. Perfect project management and people handling without spending on decibel”– Bikramjit Maitra

This is just one of the many glowing reviews for The Indian Terrain Nature Club (ITNC) set up by Bengaluru-based entrepreneur Geetanjali Dhar. It is one of those rare travel companies committed to the concept of sustainability in tourism. Trained as a psychologist, it was a chance visit to Tungareshwar Sanctuary that changed the course of her life. The nature trail that day was being led by wildlife biologist Deepak Apte– ‘the trail was my calling, and I knew where I wanted to be, and what I should be doing in future. Till then, my world outside my family was newspapers, magazines, advertisements layouts, dead lines, client and media meetings”. Her world view did change; she went on to set up her own company that promotes wildlife tourism, while at the same time giving back to local people. Her Twitter account describes her as a ‘wanderer of heart, mind, feet, and soul’.  Despite never having had any training in tourism, Geetanjali Dhar was selected by Google India for their WEOW (Women entrepreneurs on the web) initiative, and recently for a mentorship by the Cherie Blair Foundation. Her company organises responsible nature tours to many destinations from Mongolia to Myanmar. In keeping with her philosophy of sustainability, they are limited to small groups.

Responsible tourism is about “making better places for people to live in and better places for people to visit.” That’s the official definition appointed at the World Summit of Sustainable Development at Cape Town in 2002. At a time when tourism operators conveniently misuse the term, there are still some who are genuine, and who are trying to stay committed to this concept. So what is responsible tourism all about? “For me, being a responsible tourism operator is not only about selling a concept, but it’s a holistic approach towards one’s own attitude and lifestyle. To put it simply, it’s an idea that preserves the world. And lets the future generation enjoy the same beautiful locations that you have had the privilege of visiting,” explains Geetanjali.

Giving back to nature

One of the unique initiatives taken up by her company was events like the ‘Annual Bird Count’. It was through ITNC that she conceptualised bird surveys around the protected areas, wherein the birdwatchers are invited and hosted by the tribals in their homes. The participant fee became a huge motivating factor for the tribals to look at their surrounding wild flora and fauna in a protective manner. Started in the year 2013, with support from the local forest department, local community leaders, and local stakeholders, this has been a yearly event around the Pakke Tiger Reserve in Arunachal Pradesh. Data collected is shared with the forest department, which helps them evaluate the avian habitat surrounding the protected area. The next count will happen again between January 25- 29, 2017. Each participant gets a customised certificate, which is hand-painted with bird images occurring in the region so as to support an artist.

Her company’s biggest achievement according to her has been to showcase the North East Region to the ‘mainland’ travellers. People from Kolkata would visit the usual destinations like Tawang, Shillong, and Cherrapunji. Thanks to her company, there are tours to the remotest regions to places like Mechuka, Anini, Hunli, South Garo Hills, Ukhrul and Trishna.Being the sole proprietor, Geetanjali not only designs each tour herself, she also leads them. These are announced on www.itnatureclub.in/upcomingtours. She may be the sole owner, but she is grateful to a large network of people out there who make sure that “my guests go back home as happy travellers”. There is also the satisfaction of knowing that through this huge extended family, she is providing a livelihood to a vast network of families from the drivers, guides, operators and cooks as well as members of the tribal community who offer their homes as homestays.

Is it financially viable to be small?

But is it easy to generate profits if you are promoting offbeat tours, which by their very nature are small? Since she is the sole proprietor, Geetanjali admits her overheads are much lower “and a 20-30 percent margin in packages is good enough to sustain the simple lifestyle that I lead”.

Along with her husband Subir, whom she describes as her pillar of strength, Geetanjali came up with the idea of setting up community libraries in remote tribal hamlets (again with the help and support of the local forest department, who identify the schools that are in need of libraries). She buys books from National Book Trust and also taps into her circle of friends for donations. Another project close to her heart is lighting up the remote villages through solar lamps. Each unit costs around Rs 6000, and so far, most of the houses have been lit up, thanks to the contributions made by guests who travel through IT Nature Club.

Key challenges in running the business

Like in any other business, Geetanjali admits there are challenges. For a business like hers, her biggest challenge is of “making people trust in my ability as a single woman-run business to successfully execute a holiday plan to their satisfaction. Repeat customers and word-of-mouth publicity from happy customers got me more business than any other source so far. Be the best in what you do, and that should inspire the people and the guests you work with. Your biggest inspiration should be that you are in the business of doing good to people and to nature responsibly”. That’s her advise to anyone wanting to enter this profession.As her company gets ready for another round of tours to offbeat places, Geetanjali is ready to hit the road, and in her own quiet way, she reminds us of what travel is all about. In the future, she is hoping to expand the base of her nonprofit, ‘Reach To Read’ Project to as many remote schools as possible to enhance students’ reading skills and open up their knowledge about the world beyond their own locality, state, and region. In her own words-‘ Happy people usually don’t have big goals; we find joy in the little things of life.