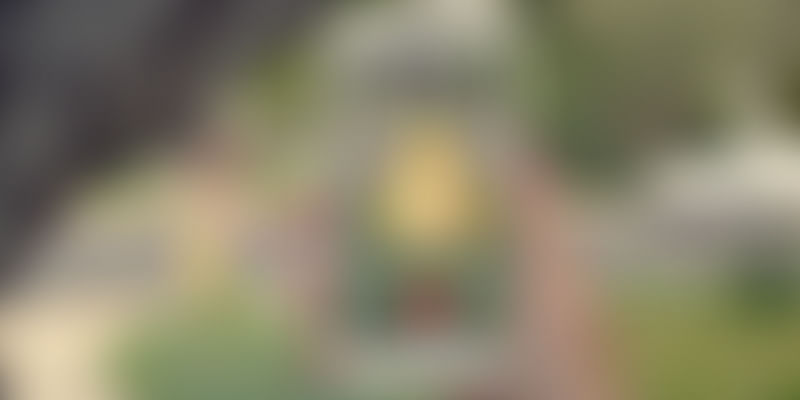 As I saw my 11-year-old niece walk out of the house, I was concerned that rebellion had set in really early in the new generation. Between my sister’s screams and my niece’s refusal to respond as she waltzed out the door in a daze with a steadfast gaze fixed to her phone, I was actually trying to make sense of what was going on.

It's only when I decided accompany her that she informed me that she needs to catch Pikachu. With a mix of relief and fascination, I geared up to tag along and play Pokémon Go!

As we walked down the streets of Mumbai, some of which I never knew existed, we ran into old buildings which were still standing tall, as a miracle, and on a prayer, risking our lives we stepped into new under construction ones. As we played the game, we walked into a temple and almost into the sea, avoided being run down by a bus and were questioned by cops as we suspiciously looked at the phone and a landmark building. I was acting like a caution beacon, speed breaker and a visual aid for my engrossed niece.

While my company proved beneficial as we prevented drowning, walking off ledges and getting arrested, I wasn’t much of a help when it came to catching these virtual creatures. The quick dash to the temple probably provided a divine intervention as my niece was elated that she had caught enough Pokémons.

Breathing a sigh of relief, I was glad it was over as I was thirsty and hungry and so was she. That's when it hit me that this game is great! It actually got my niece whose only movement at home is between the couch and the bed, to walk, run, and focus on something even if it was called Pikachu.

Unlike other handheld games, Pokémon GO requires players to leave the comfort of their homes and go out into the world to catch new Pokémons, get more Pokéballs, and use other features of the game like PokéStops and Gyms. The app functions by using GPS technology and the camera in your phone to create a virtual playing space that blends the world of Pokémon with reality, using real-life landmarks as key locations in gameplay. Players must walk around their neighbourhood or beyond to advance in the game, something many gamers aren't used to. Some people have realised that and thanks to Pokémon Go, they're exercising much more than they're used to. Pokémon GO's success has led to an inadvertent phenomenon: a spark in exercise.

The game, which encourages users to walk around searching for fictional creatures, is motivating people, erstwhile pale from the indoors millennial to leave their dark labyrinths and interact with the outside world.

If the trend persists, the app could be revolutionary just when the United States in particular needs it the most. According to the Centre for Disease Control and Prevention, 37.9 percent of adults aged 20 and over are obese as of 2013 to 2014. That number drops to 20.5 percent for obese adolescents aged 12 to 19, though that data is from 2011 to 2012.

Closer home, India is already the third most obese country in the world, and is showing increasing incidence of over-weight children and adolescents in urban areas. Latest estimates show that prevalence of obesity among adolescents (13-18 years) has grown from 16 percent to 29 percent over the last five years.

Pokémon GO has built an ecosystem of its own, with new apps being developed based on the game. PokeFit gives PoGo trainers a dashboard overlaid on their game screen to track play time, distance travelled, steps walked and energy burned. This is brilliant way of understanding how many calories have been expended while playing this physically engaging game.

Cody Garrett, a police officer in South Carolina and a dedicated Pokémon fan, launched Poke Fitness with a fellow police officer and professional bodybuilder, Will Washington, to help game users stay fit while trying to catch them all. So far, the website features three workouts based on catching Pokémon and visiting Poké Stops while doing various exercises like lunges, burpees, squats, and yoga poses. Instructions include doing 10 squats every time you catch a Pokémon you already own, jog or bike until you catch 20 Pokémon, or do 10 burpees every time a Pokémon crosses your path (which, depending on where you live, could really add up). There's also a cool down involving yoga and walking.

This exciting game involves exercise and has made people active! So if all this frenzy leads to a cult of players who will get fitter, I'm all for it!

Caution: Pokémon GO can lead to accidents. Do not Pokemon and drive. Mind it!