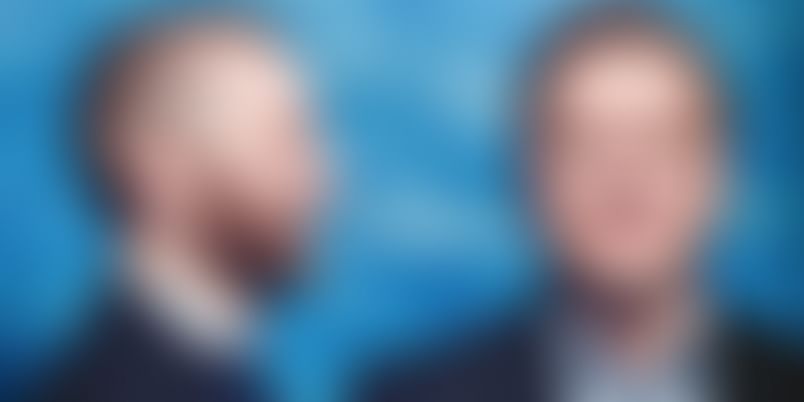 Jakamo’s founders are the classic example of how, when opportunity comes knocking, one needs to be ready. The Finnish entrepreneurs Jarl Matti Anttila and Anssi Uitto used to work as consultants to develop customer-supplier relationships in manufacturing industries. One day, their customers asked them to suggest a tool that connects companies like Facebook connects individuals. “They wanted a secure channel where they could share information with each other in both directions, but we couldn’t find any. So we finally decided to create it by ourselves,” says Jarl.

It was an idea served to them on a silver platter directly by the potential users, and Jarl and Anssi took the chance. They say that,

In manufacturing industries, the value creation has nowadays moved into the customer-supplier relationship. This has given rise to the need for a shared place to process information and collaborate fast, in real-time, wherever you are.

Creating a whole new way for manufacturing firms to interact

Before them, they say, the only ones able to connect all the players in the manufacturing industry were physical agencies. “We see as our main competitors the extranets,” says Jarl, “But they are all designed for one single company, meaning that suppliers need to visit them all separately, which is not an effective way to process information. Compared to them, Jakamo is much more cost effective, collaborative, versatile and easier to use.”

He explains that, “Unlike the traditional systems, Jakamo solves a chronic problem of scattered information sharing between manufacturing companies, making it available, visible and manageable for both customers’ and suppliers’ employees. This increases significantly the speed of business and white-collar productivity. And our software is so easy to use that although there’s a help page available, nobody’s ever used it! ” Knownto be pioneering this type of service, Jakamo was patented in May this year.

Being ready to grab opportunities and learn from the past

The ability to sieze the opportunity was not only helpful in developing the initial idea, it was also useful in building the team. Jarl shares, “There have been many funny coincidences during our journey. For example, I got introduced to our Head of Technology during our mutual friend’s bachelor party on a sailing yacht in the Helsinki archipelago. You never know when and where you meet the right people! Eyes should always be open.”

The development process has been the most challenging, especially during the prototype phase. Jarl recalls that, “Before Jakamo was founded, we were forced to kill our first prototype and start from a clear desk again. That was a hard decision, because we had invested plenty of time and money on the prototype. But in hindsight, it was actually a relief for us to start designing the solution again with a previous model we could test our progress against.”

Now, the team has reached 10 members and proudly boasts of Marten Mickos, former CEO of MySQL and current CEO at HackerOne, as their advisor. Jakamo is free to use for any company, including subscriptions for advanced users for 6 and 18 euros per user per month. Jarl shares that the company is not yet profitable, but that is not their main concern. He says, “We first want to build a solid customer base globally, profitability comes later.”

In this respect, they are doing well. Jarls shares that, “We started to get international users during the first few months and, in fact, the service was designed and built for global use. Today, we have more than 1,000 customers across 40 countries.” They have around 25 customers in India and most of them are subcontractors for big European manufacturing companies. The future looks bright for this Facebook of the manufacturing industry.