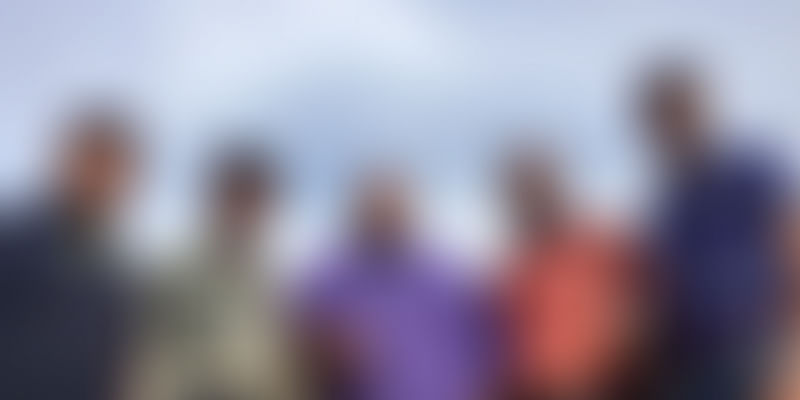 Advances in cloud computing have brought in a technological revolution in recent years. Now, small and medium scale businesses don’t need to physically invest in infrastructure like servers and then worry about changes they need to make while scaling up, or even cutting back and scaling down during lean business cycles.

Cloud computing has also brought in a new era of business, with ventures that are being termed ‘born-in-cloud’ companies. Bengaluru-based Powerupcloud is one such company, and it has an interesting story.

PowerupCloud initially started as a Cloud and Big Data consulting startup in June 2015. The founding team consists of Ankit Garg (COO), Ranjeeth Kuppala (CTO), Siva Surendira (CEO), Ram Kumar (Director-Engineering) and Arun Britto Lawrence (Director-Analytics). Like every startup in a competitive space, Powerupcloud faced multiple challenges from different fronts in their early days. The biggest struggle though was when the team was bad mouthed unfairly by one of their ex-employers, which prevented Powerupcloud from closing three massive deals. Siva noted that they had done everything right, both legally and ethically, but their ex-employer didn’t want them to rise because of the extremely competitive nature of the big data and cloud business.

Siva though is happy that, inspite of all the odds, they are stronger now and growing day by day. Powerupcloud considers itself to be a ‘Born-in-Cloud’(BIC) company and helps several large enterprises and leading internet companies with cloud and big data consulting services and supports their clients in delivering complex solutions in an agile manner.

Headquarted in Bengaluru, Powerupcloud has a 24/7 Global Support Center in Coimbatore that supports the cloud monitoring and management for their international and local customers. Powerupcloud also has sales offices in Pune and Chennai, and recently set up an office in Singapore.

On the services front, Poweupcloud offers three main services- consulting, big data and managed services. Powerupcloud claims to be one of India’s fastest cloud companies to become an advanced consulting partner with AWS and is also a HiPo (High Potential) partner with Microsoft Azure. They have partnered with several teams within Microsoft to take new technologies to customers.

Powerupcloud has been bootstrapping since inception and the team is currently 62 members strong across its multiple offices. Powerupcloud claims to be doing a million dollars in revenue already and aims to double this by FY16-17. Siva noted that they have started competing with mid-size system integrators and technology services companies and going forward aims to take large Global System Integrators (GSIs) head-on in enterprise deals.

Like every other high-growth startup that does well, Powerupcloud faced four situations where they had acquisition offers on the table. But the founding team took a decision not to sell as they were passionate about taking the startup further, in-line with their long term goals. Siva declined to disclose the names of the four interested companies for privacy and ethical reasons.

In April 2016, Powerupcloud decided to expand their horizons from the services side and launched IRA, their first product. Siva said, We have built IRA, a real-time AI-based customer support engine which has had great reception from the likes of Microsoft and AWS.”

We have built IRA, a real-time AI-based customer support engine which has had great reception from the likes of Microsoft and AWS.

IRA is an Artificial Intelligence (AI) engine which interprets support mails written by customers, figures out the problem category, interacts with the company’s CRM and ERP databases and responds to the customer with the right solution.

Based on their research and experience, Powerupcloud is confident that IRA will be able to respond to customer queries in under a minute without committing ‘eye balling’ errors, which humans are prone to. IRA is available to customers for a $15,000 one time licencing fee, followed by a $999/month subscription fee.

Siva said that IRA has seen great adoption with a large set of enterprises in India and Singapore because the key differentiator for IRA is being an enterprise platform. IRA gets deployed in customers’ cloud accounts, which gives them complete control over their data.

The cloud and big data space has been growing exponentially in the past decade globally and in India, with a lot of companies now opting to move completely to cloud services because of the ease and convenience involved. Amazon Web Services (AWS) is a dominant player in this space and competes with the likes of Microsoft Azure.

Siva notes that the cloud and big data space is still a largely untapped market in India with room for exponential growth. He said,

The entry barrier in the space for big consulting companies is almost zero. Heavy investment is not needed and India has good tech talent.

But a vast majority of the startups in India focus on consulting and services, while very few have the technical capabilities and resources to develop products from scratch. Starting out as a consulting services company, understanding the market and then developing products seems to be a viable option that many startups are embracing.

Related read: "There is no compression algorithm for experience" -Andy Jassy, AWS CEO

Powerupcloud’s long term vision is to become the numero uno cloud company in India by 2017.

The startup is also planning to setup a technology hub in Chennai to cater to application development and IoT projects. While they have been bootstrapped and self-sustainable so far, Siva noted that Powerupcloud is now actively engaging in discussions with investors to raise a Series A round of funding, which will be primarily earmarked for geographical expansion to other global regions and support innovation within the startup.

While India is a big market in itself, Powerupcloud aims to focus on more mature markets like the USA, Europe and Asia to further boost growth. From their recent expansion to Singapore, Siva found that doing business is easier in more mature markets because of easier regulations and clients who understand the needs for cloud solutions better. Siva said,

Geographically, Singapore, which is one of the five financial powers of the world, is the closest mature market we have. The results there have been very encouraging.

The core team at Powerupcloud plans to disperse themselves in different geographies to better oversee the expansion plans and also hire from the local talent, who understand the market and its dynamics. Powerupcloud has opened their first overseas entity in Singapore in July 2016 and they are planning to enter the US market by setting up an office in Chicago by early 2017.

#1. After reading this article, one of the ex-employers(of Powerupcloud founders) got in touch with YourStory and shared documented proof of what they found unethical about the founders. The company mentioned in the email, "We have always encouraged entrepreneurship by our employees and would continue to support budding entrepreneurs, who bring positive change in the society through their honesty and passion."

#2. Powerupcloud team has also shared the documented proof to support their claim as mentioned in this story and denied to specify(name) the ex-employer. Siva said, "We believe in hard work and ethical practices. A young company with an average age of 28, we are building an awesome company by being true to this belief."