Running an employee-free business without compromising on scale and quality 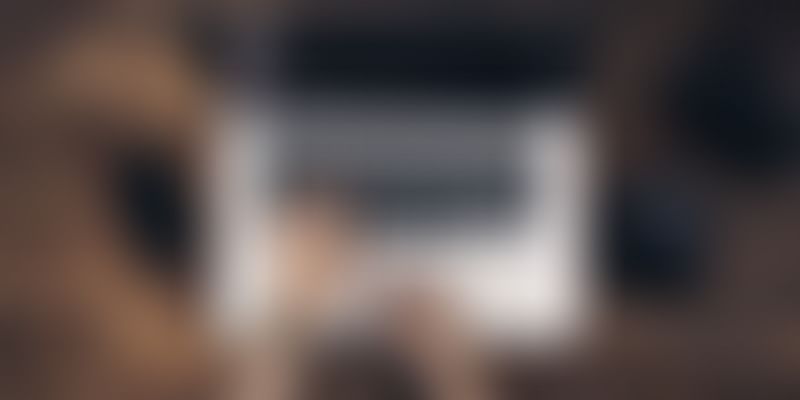 Until a few years ago, people used to believe that to be successful you had to have an army of employees working out of a posh office in the priciest part of a metropolis. The more employees you had, the more successful you were. It was either ‘go big or go home’. Essentially, going big from the comfort of your home was unthinkable. The primary essence of starting and managing a good business was lost.

In all honesty, I held the same perspective till late 2012 — that’s two years after I started my own business.

I vividly recall that in our early days, we had a full-time staff of five people as well as a few interns working out of a small, two-bedroom apartment office in south Bengaluru. I guess it was a minuscule upgrade from the quintessential garage startup. We were diminutively scrappy, but each one was as hard working as they were talented, and I consider myself lucky to have got an opportunity to work alongside each one of them.

As a first-generation entrepreneur, I was learning on-the-fly, hacking my way through the nuances of running a business, and ended up making a ton of mistakes. It wasn’t long before I learned a thing or two about my core strengths and weaknesses.

I came to the grim conclusion that, as a leader/manager, I had more weaknesses than strengths.

I have to admit, as hungry as I was foolish then, recognising and internalising those weaknesses was tough for me to accept. In hindsight, I should have begged and pleaded with someone to mentor and advise me on entrepreneurship, but I thought I knew it all. It took me a while to see reason and face the facts.

Adapting to the changing tide

Shortly after this reality check, I had started to explore the idea of working on large digital projects with a curated team of independent writers, designers, developers, and project managers instead. It was a hit!

I liked it. Our clients liked it. And, my remote partners couldn’t have been happier. I reckon that we were all pleased with the flexibility to engage for a few months on a project and disengage as swiftly, to be able to focus on other things. The process was seamless.

It felt unnatural to go back to hiring a full-time staff again. The temptation of ‘possessing’ something without really possessing anything was tough to resist. The resulting autonomy was too ‘uber-cool’ and ‘AirBnB-esque’ to fathom, and the quality of work we were delivering now was equally good.

Today, it’s no surprise that new age virtually-driven businesses are starting to gain mainstream appeal. As fledgling outliers flirting with the ‘future of work’, these business models are rapidly becoming the desired subject of discussion for people worldwide.

That said, I have often wondered why most people have had a misplaced notion about those in ‘service-oriented businesses’. Even today, it’s not uncommon to hear entrepreneurs and VCs opine that B2B models are overtly people-dependent, rife with overhead costs, and hardly scalable.

We know that this hypothesis is not entirely true. With the emergence of workflow automation, machine learning (or artificial intelligence), talent marketplaces, collaboration tools, and a curated network of independent operators, you can be one person, sitting at home in your pyjamas, doing the work of a hundred people and making more than just decent money each year, legitimately and efficiently. There are numerous examples of these pyjama-wearing, globe-trotting multi-millionaires out there. Sadly, I’m not one of them. But it doesn’t hurt to dream.

In the present context, automation has no correlation with being lazy, careless, or complacent. The current construct in which we work does not allow you to fully automate everything, and even if you could, you should not.

Also, in its aforementioned avatar, artificial intelligence does not involve dubious-looking robots holding a gun to your head, stealing your personal information, and selling it to foreign countries in exchange for bitcoins. While it’s definitely a possibility in the future, one lives in hope that those with ‘real’ intelligence can manage to insert a caveat into their AI code base.

Nor does a discussion around talent marketplaces have to be restricted to the “cheap, low-quality workforce in emerging economies who’re desperate for dollars.”

It’s unfortunate that some continue to focus on this narrative, because if you study the ‘virtual economy’ coherently, you’re inclined to think otherwise.

It helps to note that the virtual economy goes by a plethora of similar-sounding monikers. Depending on who you’re talking to and in what context, it goes by either the ‘distributed economy’, ‘remote economy’, ‘gig economy’, ‘sharing economy’, ‘you economy’, or ‘collaborative consumption’. While they’re not all the same, each one is deeply interconnected with the other.

It’s heartening to recognise that many people and companies (large and small) have now fully embraced this radical culture of work-life, thanks to a dedicated push by the global media to bring more awareness about a burgeoning economic game-changer. People who were on the fence earlier are now active participants in the virtual economy.

On reading a research report commissioned in partnership by Upwork and the Freelancers Union, I discovered that nearly 34 percent of all workers in the US alone did freelance work last year. That’s 54 million Americans! 2.5 million (5 percent) of these folks are independent business owners (aka. a one-man show) who collaborate with freelancers for their output. The numbers are staggering if you look at this through a global lens.

Not just that; some of the most recognised and celebrated names in business, politics, technology, and literature depend exclusively on the virtual economy to accomplish their own objectives.

Several industry experts including Arun Sundarajan (Professor, NYU Stern), Sara Horowitz (Founder, Freelancers Union), Jeremiah Owyang (Founder, Crowd Companies), Jacob Morgan (author, The Future of Work), Rachel Botsman (author, What’s Mine is Yours) among others have tirelessly shared their know-how, openly and transparently. Inspired from what I’ve seen thus far, I would like more people in emerging economies to speak about this subject at length.

I, for one, absolutely love the fact that my business gives me a chance to interact and work with a highly experienced and professional collective from across the English-speaking world, to help us deliver on our project commitments to clients. I’m quite certain that I would not have been able to afford this kind of talent and expertise had they been full-time with us.

It’s true that some of the best people I know today function as independent professionals. I see them as seasoned veterans with a proven background of delivering impactful, high-quality work across a wide range of industries. Many of them find the corporate environment and even startup cultures too stifling to express themselves openly and spread their wings.

According to the same research report, 78 percent of those who left traditional employment earned more freelancing within a year, with many having shunned high-paying jobs at blue chip companies to be their own boss, and more putting in their papers every year in favour of running an independent, small business. That’s an impressive statistic on the future of work. Imagine the immense value this could add to the global economy in the coming years.

Separating the wheat from the chaff

Like most independent business owners, I was aware that there are (a) tasks that do not require my constant, hands-on attention; and (b) tasks that I do not have the right skills/abilities for and needed professional help with, to ensure my business ran the way it was envisioned.

I made the choice to invest in a talented pool of ‘on-demand’ partners who would work remotely by default, and a combination of different technology applications to enforce a standard of quality and mindfulness in every decision that was being made.

Making the shift to the virtual economy

With sufficient trial-and-error, I managed to make a note of a few things that have created immense value for me.

Save the micro-management for another day

It’s important to keep in mind that your ultimate goal should be to turn your transactions into a formidable relationship with your partners. There is no miracle formula to make this happen. If your remote partners are vetting you as much as you are them, that’s good enough to tell you that you’re on the right track.

Independent professionals do not like being ‘managed’ or reporting to someone. That’s why they choose to be independent. A couple of good conversations and a clear direction are usually more than sufficient to help everyone move toward the desired outcome. It is, after all, a team effort.

Now, if I were to give in to a typical entrepreneur’s dementia, we should be making hundreds of millions of dollars, possibly even billions, but I’m terribly sorry to disappoint you that we’re not.

I took a decision long ago to function like a boutique outfit, serve selective clients in specific locales, work on challenging projects, and contribute by participating in the virtual economy as much as possible. I’d like to believe we’re doing exactly that.

Our revenues are fairly healthy. We’re doing okay. Should we be doing better? Yes, absolutely; one could always do more and better in business :)

I have a small and wonderful family, a smaller close-knit group of trusted friends, and a whole bunch of loyal clients. Why does this matter? Because it helps me to explore and exploit seemingly non-conformist opportunities with an open mind.

Adopting this virtual business model comes with its own trade-offs as well. In explaining, executing, and tweaking this progressive business model, I have had serious disagreements with some very good people. Unfortunately, I burned some bridges too — some knowingly, others unknowingly. Mostly because of my own faults. I do regret this part. There’s still a ton left to absorb and learn.

The objective, should you be interested to explore, is to create a model that you can call your own. No one size fits all. I’m certainly committed to mine, and it helps that the discussion around the ‘future of work’ looks promising.

I’m happy to lend a helping hand to anyone who needs it. Meanwhile, I’d love to hear from anyone who has had equally exciting experiences in their own careers.