After standing on Snapdeal’s shoulders, will Freecharge be the one walking solo? 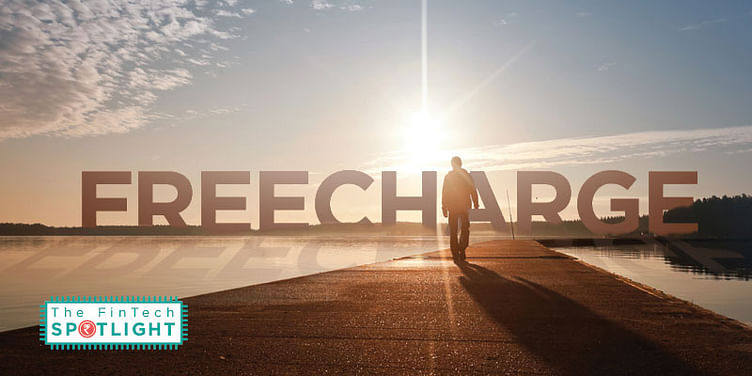 It might have started as a cashback promotions company (called PaisaBack before the pivot), but, today, Freecharge looks nothing like its past. At present, payments company Freecharge records more than a million daily transactions, claiming to grow at 15 percent month-on-month.

Lizzie Chapman, who has seen the evolution of the fintech space for more than 13 years now, terms Freecharge as – ”no less than a jewel in Snapdeal’s crown”.

In April 2015, recharge company Freecharge fell into the hands of e-commerce company Snapdeal, in an agreement which continues to be one of the biggest tech acquisitions in the Internet history of India.

The deal had everyone watching. And why wouldn’t they? The money put on the table was big, and the Indian startup ecosystem was still getting used to such big rounds. As more than a year has passed to that deal, the contention still remains on how the acquisition has really played out.

Aftermath: the Freecharge of today

While closing a million daily transaction in February, and launching its mobile wallet in October last year, Freecharge was reported to be narrowing the gap against industry leader Paytm last month. Speculations have it that the company has also closed another massive round of funding from Chinese investors.

According to a Nielsen study in April this year, Freecharge’s market share reached 30 percent from a mere 17 percent last October. The same study reported Paytm to have a market share of 40 percent, an increase from 35 percent since last October.

Our main aim is to get users into the habit of making payments online. And our world view is that if you want more users to pay digitally, you need to grow the pie or bring more people in the gamut. We believe the person who grows the pie benefits the most.

Today, the acquisition has led Freecharge to build out a much focussed approach to the market. And this success can be attributed to the large merchant insights, which the payment company gets through Snapdeal’s three-lakh-plus seller base. Govind says,

To succeed as a payments company, you need to know how a merchant or consumer thinks. One of the best things about the integration with Snapdeal is that we have access to Snapdeal’s large merchant ecosystem. If you look at the eBay and PayPal partnership, what helped PayPal was the deep insights into how merchants really work.

A result of this can be seen in the initiatives Freecharge has launched over the past one year to grow its penetration in the market.

“The virtual card comes out as an ultimate non-captive product. Freecharge hits the entire market at once instead of impacting them one by one. There is certain kind of braveness in the kind of moves which Freecharge has made in the past one year.”

The company was also quick to understand the trend of increased digital spending in travel, commute and dining, leveraging its partnerships with merchants around this space.

A major part of Freecharge’s strategy was also to make sure that every merchant could start accepting electronic payments at zero cost.

Moreover, to expand the pie of digital payments, the company also partnered with aggregators like Ezetap.

But what is interesting is the contradiction of working dynamics between these two companies. While Snapdeal’s philosophy is to get consumers to spend more time on its platform, Freecharge is struck by the need to get payments done within seconds.

So how does Snapdeal benefit from the partnership? The answer lies in their vision of making commerce frictionless.

The biggest problem which online merchants face is the dropout rate between checkout and payments page. This ranges anywhere close to 20-30 percent.

Linking both accounts, Freecharge started to do away with multiple credentials needed to close an order. It rather used information like addresses and card details associated with a user’s Freecharge account. It also allowed users to toggle between cards, and further modify this information if required.

In March this year, Freecharge claimed to have over 20 million cards on file and over 30 million verified addresses on its platform.

The aim was to create the best user checkout experience in the ecosystem. Further, with customers checking out from Snapdeal, Freecharge increases its monthly transactions. According to Govind, the payments expertise has led to a better success rate for Snapdeal.

Another major differentiator for Snapdeal was Freecharge’s target audience. This was called out even during the time of the acquisition. Govind says,

Freecharge is focussed on young consumers between the age group of 18 and 24, while Snapdeal’s average user base is above 25. This will help Snapdeal foster its next wave of growth, especially when these consumers’ pocket money will lead to salaries, increasing their buying power. Moreover, cashbacks are another lucrative way of getting more people to transact on the platform.

But the challenge doesn’t stop there. According to Sharad Sharma, co-founder of iSpirit, which is a partner to the recent United Payments Interface launch, the reason for both the entities coming together is to convert people buying digital goods (like recharges or movie tickets) to buy physical goods from e-commerce websites. He says,

The real question is whether you can train people who are buying digital goods to buy more stuff from you. That is the logic behind Freecharge and Snapdeal coming together. But the problem really is Cash on Delivery (CoD) and not digital payments. People have low trust on the dispute resolution system. Close to 50 percent of individuals shopping from e-commerce sites choose CoD. Hence, this is the real problem which the industry needs to tackle first.

To battle the same trust issues, Freecharge unveiled its buyer protection service last month. By launching escrow facility for merchants and customers, the company claimed in a press statement that the service was to ‘mitigate risks of unsuccessful shopping experiences and safeguard customers by withholding funds till they receive the right product’.

Can Freecharge be another PayPal?

In August 2002, eBay acquired PayPal for $1.5 billion, picking it as its electronic payment system, months after the payments company went public. At that point of time, bulk of PayPal’s business came from eBay auctions.

Not surprisingly, eBay is one of the investors in Indian major Snapdeal too.

When PayPal partnered with eBay, the concept of trading online was scary. There was a major distrust in the system, and in eBay’s case PayPal was saving their business model. Therefore, it was a critical decision.

This is similar to the Indian context, but not identical, since India has the infamous CoD system protecting its buyers.

Similar to the Freecharge-Snapdeal integration (though unsaid), the eBay pitch to PayPal was boosting PayPal’s transactions by driving buyers and sellers toward the payments service.

However, as reports have it the two global giants didn’t explore much synergies beyond that. Moving at faster pace, last July PayPal announced its split from eBay, ending their 13-year long corporate marriage.

In terms of business growth PayPal was moving fast and somewhere the partnership with eBay was limiting its potential. PayPal’s revenue was growing twice the rate of eBay’s, seeing an annual growth of 19 percent, whereas the global online marketplace was growing at 10 percent annually.

This impacted PayPal’s market value too, which climbed up to $49 billion in its first day of trading after the split. A massive rise from the $1.5 billion when eBay snapped it up. Today, even Freecharge has come a long way in terms of product expansions.

Will Snapdeal and Freecharge see the same fate?

The reason for the split between the two global majors was blamed on eBay’s slacking pace of growth while riding on the shoulders of its acquired companies. Further, innovation was left out with less attention given to promote engineering and design (in the marketplace). Another downslide came when eBay changed its fee structure, taking higher cuts from sellers.

It is no secret that Snapdeal isn’t doing great in the market either, being outpaced by incumbent Amazon. Further, the conditions seem eerily similar (to eBay) at the Indian e-commerce’s court.

Although Govind says that there are no ambitions to be bigger than Company A or Company B, one cannot ignore the standing that Freecharge has in the market. Lizzie adds,

Unlike eBay-PayPal, Freecharge hasn’t necessary changed the game for Snapdeal yet. But I guess both Freecharge and Snapdeal understand the potential and game changer that Freecharge really is. Being such an innovative company, Kunal and team were smart to not fall into the trap of just being a part of payments during checkouts and stood out to be an individual entity.

Also, Freecharge seems to have realised that they are no longer a payments company diversifying to assist Snapdeal with their various financial products.

This was seen when, in June this year, Freecharge announced managing Snapdeal’s merchant lending platform, Capital Assist. Speculations also have it that the digital payments platform is all set to launch a financial products marketplace by the end of this year.

Freecharge might never be hindered by the partnership (like PayPal), since it serves other competitors too. However, looking at the pace it’s growing there are high chances that it might outgrow Snapdeal in terms of market brand value. In terms of revenues, eBay is still a bigger behemoth than PayPal.

But with the future of Snapdeal looking uncertain, Freecharge will sure be taking insights to better its go-to strategy in the market. This is certain especially since Snapdeal is betting on its big data and has established its data sciences centre in the US.

Moreover, while adding more products under its wings and moving towards lending, Freecharge will continue sapping on Snapdeal’s consumer insights to create the best data sets and algorithms for strengthening its lending platforms in the future.

Although it might look like Freecharge has extracted a much more mileage from Snapdeal, things might just take a sharp turn, looking at the market conditions.