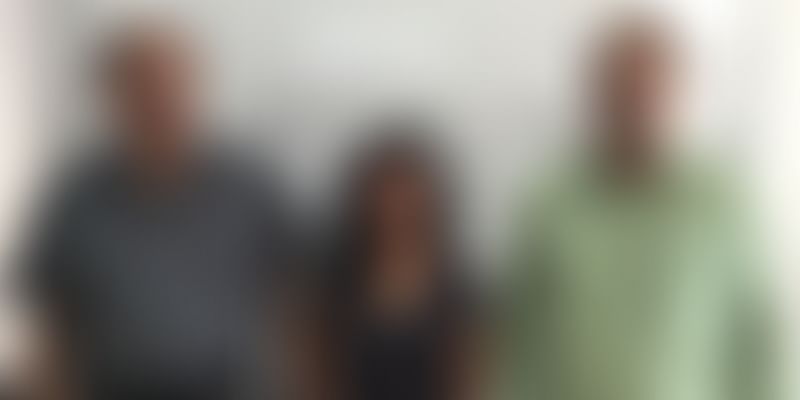 Our lives are ruled by smart devices. Every aspect of it, be it at home, office, or while socialising in restaurants or bars, is controlled by devices. While there are numerous studies that talk about the importance of soaking up the sun or exploring outdoors, did you know it was equally important that your building is healthy and free of radiation, especially given the number of mobile phones, laptops and other electronic devices present in a closed environment?

It was something 65-year-old Ajay Poddar discovered himself when he was told that the geopathic radiation was affecting the work at his gas manufacturing plant at Sikandrabad. Several experts suggested that it was wrongly built and would need major deconstruction and demolition.

But being an engineer himself, Ajay wanted to dig deeper, as he also could not afford any of the drastic changes that were recommended. His research confirmed that most of the products and devices one uses today emit electromagnetic waves, which are harmful to the human body and the environment.

He then started looking at experimenting on non-destructive or non-intrusive ways of understanding and correcting radiations and energy flows. He established Syenergy Environics in February 2007 in Delhi to study electromagnetic radiation and its effect on the human body.

The team developed Envirochip, a CE-certified product that can be attached to a mobile phone. Operating at frequencies between 500 and 600 THz, Envirochip acts as a radiation protector for both the electronic devices and their users. The device works over the constant microwaves that are emitted from computers, mobile phones, and other devices and make it compatible with the human body.

Ajay explains that the chip takes care of any harmful non-thermal aspect of the radiation, thus preventing biological damage and weakening of the immune system without affecting the signal strength of the device it is fixed on. While for mobile phones it is priced betweeen Rs 250 and 825, most of Syenergy Environics’ products are targeting the business-to-business (B2B) segment.

While it was incorporated in 2007, Ajay began work for the company close to two decades ago. On how powerful Envirochip is, Ajay explains,

We have developed protocols to detect and correct various natural and environmental radiations, which are harmful without any reconstruction or relocation of people or services. It made sense to build something from natural materials, which can change the nature of the radiations and the energy flows to render them harmless to the human body and even the equipment they are placed on.

With the idea in mind, Ajay knew had to next find well qualified people who were willing to quit their lucrative careers and join him on this endeavour. Manisha Matanhelia is a qualified architect and designer. She has studied traditional architecture of ancient India and has conducted extensive research on environment with bioelectromagnetic energies and their effects on human health.

Manisha too was trying to find someone to partner with in this field and after several discussions, the duo decided to work together. They were joined by Ajay’s son Pranav Poddar, who was working in the US.

The team currently is working on a B2B model and claims to be working with over 1,900 establishments like Mumbai new T2, Hyderabad International Airport, banks like YES Bank and other public sector units (PSUs).

K.Ravi, the chief manager of the estate of BPCL Refinery, Mahul Mumbai, who has used Environics says that in Mahul, post energy corrections the plant showed significant improvement and the steam factory performed for 84 days continuously with no shutdowns.

Environics looks at the building, analyses the different radiation segments and sectors, based on which it works along a certification and brings in its products to be attached to different devices.

Environics claims to have had a revenue of Rs 10 lakh in the year it started out. Today, it clocks a revenue of Rs 5 crore per annum. Currently bootstrapped, the team is looking for funding, especially for the B2C devices.

The effects of radiation

A study in the US showed that over 20 percent of the employees working in over 600 offices showed something called as Sick Building Syndrome, which was the cause of tension between staff, loss of concentration, stress, increased staff turnover and lower morale. Studies also suggest that the levels of electromagnetic radiations have increased by close to 100 times in the last 15 years.

The team aims to build more productive workplaces on a sustainability platform and expects to reach about Rs 50 crore by 2018. The plan is to align with other people who are also in the wellness space to make buildings healthy. Ajay adds that there are new products under development so that every kind of electro smog, electromagnetic and Wi-Fi radiations can be corrected without sacrificing or forsaking technology.