Meet the heroes who are saving Bengaluru’s lakes 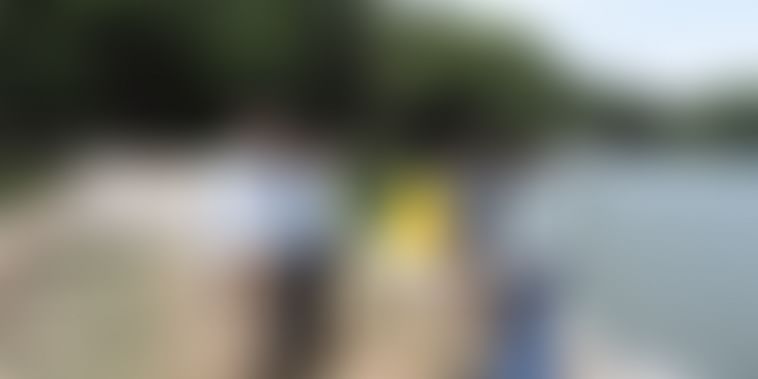 Safeer Usman and Gopinath Anandan, who were classmates at SRM University in Chennai, were always passionate about innovation. This led them to be a part of their Formula racing team in college. In spite of sharing this passion, they went their separate ways after college.

Safeer took up a business course in Imperial College London, while Gopinath started a venture in the electronics and hardware development space.

But the need to start up brought the duo back together in 2014. However, their opportunity to start up came in as a surprise.

Frequenting a robotics blog, they came to be connected with former IIT Bombay professor HS Shankar. Having an environment technology firm, Shankar was working on a sewage disposal technology and was seeking help in building a robotic arm to clear sludge.

However, the final product was nothing like what he had asked for. The duo ended up building a real-time solution that checked the levels of pollutants in a given body of water, delivering the data through an SMS.

Although the system didn’t work at the time of the presentation, Shankar was still sold on the idea, giving the venture its first customer even before starting up. Safeer recalls the feeling,

I still remember sitting with our first cheque. Since the firm didn’t even start, we didn’t even have a bank account to put that cheque into.

Not long afterwards, Safeer and Gopinath got their second validation in May 2015, when they went to the ‘Everything about Water’ Expo in Mumbai, and got close to 200 visiting cards of clients and partners who wanted to try out their solution.

Hence, working towards the idea, the business was incorporated under the name ‘Tetherbox Technologies’ in December 2015.

Not all heroes wear capes

But what really got the startup attention was their work for the lakes of Bengaluru.

In March last year, Bengaluru’s Ulsoor Lake saw hundreds of dead fish afloat, lending visible signs to the dying water body. By the fourth week of March, Tetherbox approached the government and understood that another company called Ecogenetech was already piloting its oxygen diffusing floatation devices. Tying up with them, Tetherbox started its pilot in June.

The results were startling! The lake had less than 1 milligram of oxygen per litre of water, while the region chosen for the pilot also had a visible 10-30 percent of waste cover. Safeer recalls that the predominant mentality of people was to let the untreated sewage from residential colonies flow into the lake, waiting to watch if anything happened.

The Tetherbox solution provided real-time analytics of the constituents of the water, while the floatation devices pumped oxygen into the lake accordingly.

After the pilot was over, the lake saw more than 4 milligrams of oxygen in every litre of the water body. Safeer adds that there was a visible reduction in the algae cover and the stench was almost gone.

Looking at a successful pilot, the government was further interested, and asked the firm to deploy their solutions in Vrishabhavathi Valley on Mysore Road in Bengaluru. In the coming weeks, the firm will be getting ready to tackle Bengaluru’s infamous Bellandur Lake, which has been in the news since last year for its inflammable toxic foam.

But not everything that glitters is gold. According to Safeer, dealing with the government requires several levels of approval, right from the regional offices to the environment officer. Their opportunity to work on the problem was nothing more than a fluke. While exiting after a meeting with a senior environment officer, the team saw the Chairman of the Karnataka State Pollution Control Board (KSPCB) walk in. Rushing across to him, the team pitched to the Chairman, and was called in for a meeting.

In contrast, their partners Ecogene didn’t even get approval from the government for eight years.

In 2015, the regulators became strict, and companies started coming under the radar for shutting down due to these harmful practices. Since it was made mandatory for companies to install online monitoring systems, many industries started approaching startups to fabricate the discharge data in the government systems.

Tetherbox approached these companies with their solution Elemento Aqua. The solution monitors and collects information about the contamination in water, giving a breakup of the percentage of pollutants, and shows this information to customers on a real-time basis.

Based on the big-data platform Hadoop, the analysis is broken into pre-analysis (total percentage of pollutants in discharge) and post-analysis (total pollutants after treatment). Over time, historical data can also be tracked and displayed with analytics to the users.

The analytics helps give insights to industry owners on ways to treat their discharge, while providing inroads to understand pollutant levels at a particular time of the day. This helps owners to even relook a few practices internally to reduce treatment costs.

Although the assembly of the units takes place in Chennai, the firm is headquartered out of Bengaluru.

The firm hasn’t limited itself to industries, but has also got requests from apartments and societies for their solution. At present, the firm has seen 35 installations in Bengaluru, more than 50 in Chennai, and three to four in Mumbai. Out of this number, only 63 are revenue generating.

In Chennai, most of the installations for the firm happen through partnerships. Tetherbox has partnered with more than 20 system integrators who build sewage plants for new industrial or residential projects.

However, Safeer believes that the problem is more perceptional. Citing some of the challenges, he says,

While approaching officials and business owners, you hear them claiming that their zone discharge is perfect. The biggest challenge is to convince these authorities and industries. Further, it is also difficult to put value to what we do. Therefore, this wouldn’t be the best startup solution to start with, if you aren’t determined.

Bootstrapped, the firm is operating through margins made from installations. The average ticket size for the firm ranges between Rs 55,000 and Rs 60,000.

The Elemento Aqua hardware containing the data systems costs between Rs 35,000 and Rs 37,000. Further, depending on the complexity of the task, the average cost of sensors ranges from Rs 10,000 to Rs 12,000, which can be added to the hardware cost.

However, the firm gets its recurring revenues through their real-time analytics engine, which costs Rs 4,000 to Rs 5,000 per month, creating weekly and daily visualisations of data.

Another revenue stream for the firm is periodic analytics, based on historic data, which hasn’t been marketed much amongst the clients yet.

Looking into the future, the firm is looking to add 12 more members to their 23 member team in the next two months.

The firm is also aiming at taking their total number of installations to 900 by the end of this fiscal year. Safeer is positive that they will definitely achieve 450 installations from their target. The firm is looking to strengthen their presence in existing geographies, while getting requests from international geographies. These include date farms in Saudi Arabia and river beds in Singapore. Tetherbox is also considering New Delhi as one of the markets to venture into.

The firm is looking to partner with a rural drinking project, rolling out an advanced version of the product that will control the treatment based on the constituent of water.

In Bengaluru, less than 80 lakes remain, of which only 34 are live lakes.

According to a recent study conducted by the Centre for Ecological Sciences (CES), Indian Institute of Science (IISc) in Bengaluru, the water bodies of the city occupied less than 1.5 percent of the area of the city in 2005 as compared to 3.4 percent of the total area in 1973. On the other hand, the built up area increased to 45 percent from 27 percent. Over 10,472 acres of lake area in Bengaluru has been encroached upon.

Looking at this grim situation, Bengaluru definitely needs to foster startups like Tetherbox, and rise up to its reputation of being the technology capital of the country.