8 times when you need to sign up for business rebranding 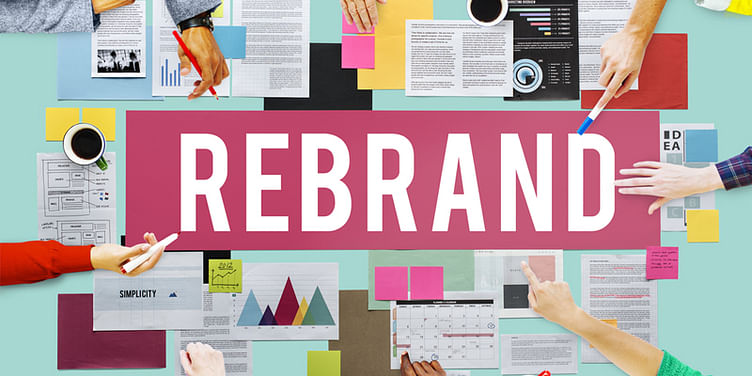 To a significant degree, business is about branding. And erm, rebranding. As if branding didn’t give you nightmares enough! Despite all your effort by way of branding, it isn’t guaranteed that your current positioning is going to bear fruit, or at least the ones you wanted to pluck. What do you do then? First off, how do you even know that your branding has failed to cut ice? Unlike opportunity, feedback doesn’t always come knocking at the door. However, with these telltale signs, you can ascertain when your business branding needs some touch up.

When you want to do away with an old image/perception.

It is only in business that you can avoid your past catching up with you. If you have been viewed negatively or unfavorably in the past, a rebranding exercise is a good way to put your image back in shape. According to Andre Bourque, Editor Emeritus, Technorati, says, “Rebranding can be a very serious declaration of intent.” If you change how people view your brand, you also bring about a change in how you view yourself and your business.

Example: Nothing spelt ‘rebranding is good’ better than Burberry. Now popular as the choice of luxury wear for the likes of Emma Watson and Kate Moss, it was seen as gangwear not so long ago.

When you want to keep up with the changing/evolving times.

Nothing is new anymore, just ‘oh so yesterday’. And nobody got anywhere in the future while living in the past. If you feel that your branding is too dated and hence losing itself among the cutting-edge branding styles of today, it’s pivotal that you get back to the drawing board with a few sharpened pencils and many sharp minds.

Example: JC Crew was destined for doom when Millard Drexler sauntered in as its CEO in 2003. He rebranded it as a store that sells basics like tank tops and capris that are well-made with a hint of luxury, thus earning the company its first profit ($3.8 million dollars) in five years.

When your branding is positioned inconsistently across mediums.

According to Dan Antonelli, President and Creative Director of Graphic D-Signs, Inc, a NJ-based Advertising Agency, “If your marketing materials don’t share a common denominator, it’s a good time to examine your brand architecture and think about rebranding from scratch.” Nothing calls for rebranding more than what Dan terms as, “inconsistencies in how you present your identity.” That your brand adapts itself well across mediums is one thing, that it’s unconnected and widely different across those mediums is another.

Example: Learn from Walmart, which showed the way when a single tagline of 'always low prices', slapped across "all aspects of the in-store medium" turned a once low-brow store into a nation's first choice. In short, consistency of communication matters.

When your branding is just not you.

Echoing Dan Antonelli’s words of wisdom once again, “When a brand ceases to represent you, or to speak to your target audience in a meaningful way, it’s time to give serious consideration to a fresh start.” You need to grow with your business and vice versa. If there’s any contradiction in either, it will be noted, pointed out and eventually snubbed. Now, you don’t want that to happen to you or your branding, right?

When it’s time for a fresh start.

Why not? While identity is a long time investment, it’s really never too late to change it. It could happen when a new management takes over. Or when the old has been proven inefficient.

Example: Consider the case of Harley Davidson, which was $90 million in debt in 1982. While they enjoyed customer loyalty, the product wasn't simply that good. According to Richard F Teerlink, the man behind the metamorphosis that led them to success, "We had to improve the quality of our product to be fair to the customer. If we hadn't improved the reliability of Harley-Davidson products, the company wouldn't be here today."

When your vision and branding are not in sync anymore more.

According to Brian Lischer, a columnist for ignytebrands.com, “Sometimes changes in cultural context can change the meaning of a brand name. Sometimes, the name just outgrows its welcome.” True story.

When your branding appears a close cousin to that of a competitor.

One doesn’t need a sharp eye to see this. Brand identity is all about the distinctive vision of your brand. If your branding, by way of its likeness to a competitor’s brand, comes in the way of business, it’s certainly an act of blasphemy.

When you are trying to broaden your reach.

A successful brand keeps reinventing itself. And its target market. When you feel that your business has reached a point where it needs to expand demographically, call in the rebranding doctor stat.

Example: When NBCUniversal decided that its aging Sci Fi Channel needed to broaden its reach in 2009, executives changed the name. While it remained the same phonetically, the new name ‘syfy’ helped the company copyright the name and appear new and fresh. While the initial response was that of mockery, the fans warmed up to it soon enough.