All set to take on WhatsApp, but is Google Allo safe enough? 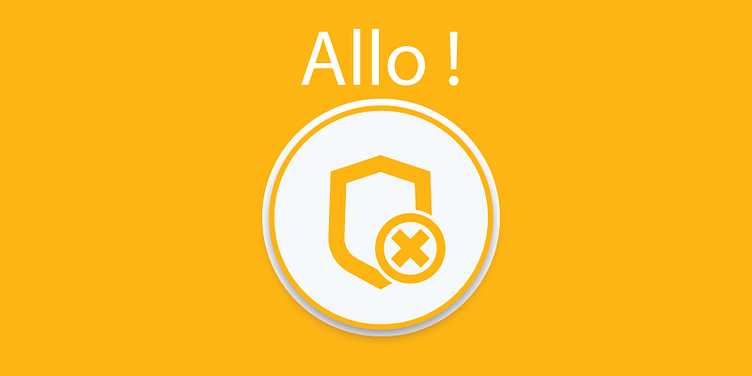 Edward Snowden is a man with a million dollar price on his head, and he’s still risking his neck to warn us against using Google’s recently launched Allo app, a modified version of text-messaging. Okay, so it may not be as dramatic as all that, and Snowden does have a highly active Twitter profile. But if the former NSA Contractor, who managed to unleash mounds of confidential data on the US Government’s illegal misdeeds to the public, is warning you about the privacy limitation of an app, you’ll probably want to double-check on it too.

Following the launch of Google Allo, the second part to its Duo series that could possibly bump even WhatsApp from the spotlight, Edward Snowden released a series of tweets telling his followers that the app will store and save the user’s personal data to be used by the Intelligence Services for their information.

When Google had announced the launch of its new app series which would comprise of ‘Duo’ for video and audio calling and ‘Allo’ for traditional instant messaging, the company had focused on another selling point for the latter. Along with the end-to-end encrypted Incognito Mode that the App would support, it would also introduce a series of new message retention practices that included storing messages ‘transiently’ rather than ‘indefinitely’.

However, the multi-billion dollar conglomerate does not seem to be complying with its statements, considering that all messages shared through the app will be stored on the Google servers by default, unless they are written while using the Incognito mode or if the user deletes these messages manually on the phone.

As per the default storage of messages on its servers, Google defends its stance by saying that it is necessary for them to do so to sustain the highly advanced software that makes up its ‘Google Assistant’. Google Assistant is possibly the main selling factor of this app and what gives it a definite edge over its contemporaries, because it has the option of sending across automatic messages on behalf of the user, using artificial intelligence to decipher the words that employ maximum usage. It also features a picture recognition feature, where Google Assistant can recognise and understand certain pictures and respond to them on behalf of the user. In short, Google says that it needs to store the user’s messages by default because it is on these messages that the software for the Google Assistant relies for picking up on the most used words and language for the purpose of sending across automatic messages.

But this still leaves the door open for a rising set of verbal attacks by professionals in the field, including cryptographer and security technologist Matthew D. Green, who took to twitter to voice his disdain for the app with tweets stating things like, “What people want: tech companies not storing their chat logs. What tech companies give them—pointless bots”.

Snowden on the other hand, adds a bit of dark humour to his tweets, with posts like “What is #Allo? A Google app that records every message you ever send and makes it available to police upon request.”

As stated earlier, the main selling point of Google Allo is its Google Assistant feature. However, if you want to ensure your privacy, then you will need to have all your chats done through Incognito mode and the Assistant does not work when you are on Incognito Mode. So going by these opinions, one may question the whole point of using Google Allo.

At the same time, considering you are probably not up to any nefarious activities, Google Allo still works to make life easier, and you always have the option of manually deleting the chats you cannot afford for Google to have on its servers, for your own peace of mind. On the other end, Google can also defend its stance by stating the necessity of storing messages on its servers, to prevent the danger of the legal showdown that Apple faced in the wake of the San Bernardino attacks and the one WhatsApp is currently facing in Brazil.

Allo offers a whole new set of features that can be read here including text and font modifications, picture recognition, in-message searches and, of course, Google Assistant. These are what help differentiate it from WhatsApp, Facebook Messenger, iMessage and the like.