Growing up with disabled parents, she dreamt of helping differently-abled persons travel the world – and she did 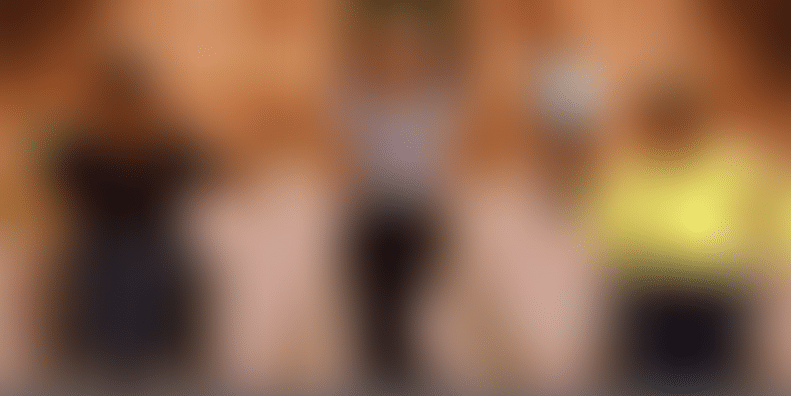 Unlike us humans who succumb to superficial divides, wanderlust attacks people of all caste, creed, colour and capabilities with equal tenacity. Our planet is our common inheritance, after all, and everything is for everyone. However, a large section of people have had to stifle their thirst for travel –because the infrastructure is designed and controlled from the perspective of those of us with perfectly functioning senses and limbs. It is not for the consumption of differently-abled persons, who are just as poised to admire our wonders, but simply need different means and tools to do so. No more, said Neha Arora, daughter of a differently-abled duo who moonlighted as travel-enthusiasts.

Thirty-two-year-old Neha gave her engineering degree in Electronics & Communication a shot by working in the corporate world for about nine years, in companies like HCL, Nokia and Adobe. But a gap in the society she was living in, having a visually-impaired father and a physically-impaired mother, tainted all her experiences.

“My father is blind and my mom uses a wheelchair. So, as children, we did not travel much and it was mostly about school picnics and grandparents’ houses. When we grew up and started venturing out, we faced a lot of issues in terms of accessibility and the kind of leisure activities available when we travelled. There were instances when we had travelled 1,000-2,000 miles only to realise that the place is not accessible and does not offer a pleasant travel experience. This led to the awakening that if we as a family are facing such an issue, there might be other people as well who are facing the same,” she narrates.

The moment this struck, each day at the job became difficult, despite the fact that Neha had to take care of the bills with retired parents, which the corporate job helped with. “The drive to change things at grassroot level, not just for my family but for many others like us, helped me take the tough decision,” says Neha.

The next two years were spent laying the groundwork and conducting feasibility studies for her idea, until finally, in November 2015, she took the plunge and left her job at Adobe, to breathe life into Planet Abled.

“For a person with a disability, or for the family and friends of someone who is, travelling to unknown territories creates a lot of questions in their mind. Inaccessibility, lack of basic amenities and people’s sympathy are some of the barriers they might face,” she explains. So when it comes to indulging in travel and leisure activities, this is something people never really consider them doing.

“Planet Abled identified this gap and came forward to give them the freedom to travel and to break their limitations and get into mainstream leisure and travel, by giving them an avenue to visit places freely and confidently,” she says, of her brainchild.

The idea was simple, yet simply genius. Planet Abled brings people with different disabilities together to form one large group, and appoints travel buddies who assist the travellers while on tour. This creates an inclusive and diverse group of people with disabilities and people without medically proven disabilities travelling together.

Like any other travel company, their revenues are the amount they charge the customer for their travel. “There is no fixed cost for every customised tour, as for people with different disabilities the kind of support and assistance needed is different and so the cost varies. But we try to keep the cost within a range to avoid disparity,” explains Neha. But for people who can’t afford to pay the slight premium but have compelling and inspiring profiles, Neha uses their ‘Gift A Tour’ offering to find them individual or corporate sponsors.

Their official launch in January 2016 is marked by the first-ever accessible and inclusive heritage tour they conducted, to Qutub Complex and Mehrauli Archaeological Park.

As the history expert narrated the essence of the spots, the sign language interpreters, well-trained volunteers, and a curator for the visually-challenged that formed part of the entourage, made the revelations palatable for the travellers. The curator helped them get close to the structures and touch them.

They are conducting as many types of tours and excursions as possible that doubled up as recces. “With active feedback from the travellers, the suggestions were incorporated to make every trip more efficient than the last,” says Neha.

Many tourist spots in India are still not wheelchair-accessible, so, Planet Abled invested in a mobile ramp that is carried along on all tours. For one of their tours to a flower show, special permission was procured for the visually-challenged, allowing them to touch and smell the flowers.

A success story close to Neha’s heart is enabling a visually-challenged government officer from Guwahati, Bikash, to take his first solo trip for his birthday – stuff of his most cherished dreams. They set up a route across Uttarakhand, with pitstops at Haridwar, Jim Corbett Park and Rishikesh. It was a life-affirming experience for the man – and he came returned a more empowered individual.

Life on the planet

Planet Abled started off with heritage tours and slowly graduated to special festival tours, pottery workshops, custom holidays and even solo trips. For Neha, the challenges had been in finding accessible hotels with enough accessible rooms so that the group can stick together, and locating activities that differently-abled people can enjoy.

But having parents with disabilities has kept Neha in the circuit since she was little, thus giving her the knowledge about who to approach and the forums to find people with disabilities. “We try to meet as many people with disabilities as possible at various platforms and forums, and request them to get the word out in their networks. Sometimes, it is even as simple as going to a wheelchair user you see on the road and handing them your card,” she says, of her ingenious hacks.

It is primarily word-of-mouth and social media optimisation that worked for them – like keeping an active YouTube channel and gunning for reviews on TripAdvisor. Moreover, unless her travellers have other commitments, most of them returned for another tour with her team. Volunteers weren’t easy to come by either, but now, as the word got out, there are many takers for this unique profile.

Growing at the rate of 20 percent month-on-month, Planet Abled has served 80 patrons so far. It also conducts workshops, interactive sessions, outings and tours across corporates, to address the apprehensions and communication barriers that employees face while dealing with differently-abled colleagues.

Now, it is doing its first-ever group accessible holiday tour to Udaipur followed by the Golden Triangle Tour in October, and will also be conducting a special day tour for kids with autism and Down syndrome.