Reliance Jio: The race to claim Rs 20,000 cr from the Indian consumer annually 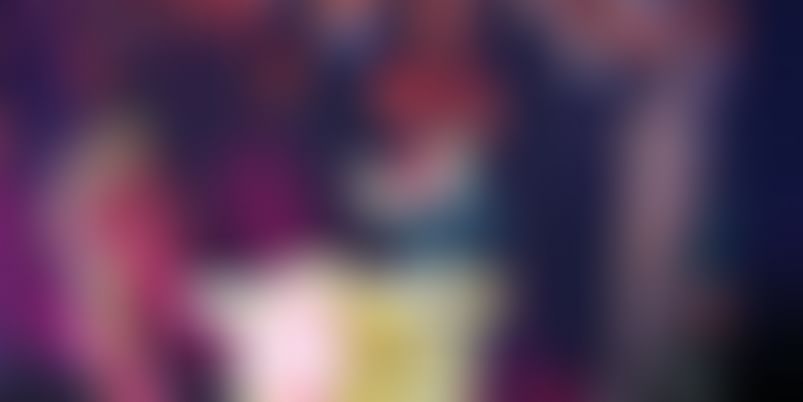 Indian consumers are inspired by icons, billion-dollar investments, price wars and discounts. They are in awe of the superlative ways in which businessmen are able to offer freebies to capture market share. Reliance Jio is here, and like all things from the Ambanis it was launched with much fanfare. The total investment is pegged at Rs 70,000 crore and Reliance Industries made use of the fanfare to launch a Rs 5,000-crore startup fund.

Let us not get carried away by these grand announcements. In the end, the pieces that make up the functioning of this new network (which does not work on switching technology) will decide if Reliance Jio is a game changer. Of course, this year all the established network operators will see an impact on their bottom lines. “I see a 35-percent impact on their P&Ls this year,” says Sanchit Vir Gogia, CEO of Greyhound Research.

Related read: 5 things you did not know about Reliance Jio

But does Reliance Industries have the ability to manage network function virtualisation (NFV) and software defined networks(SDN), the core architecture for the future of telecom networks? “With new network technology they have to ensure great quality of service. We need to understand how effectively they use the spectrum to offer robust services, and cracking consumer psychology in India is going to be an opportunity and a challenge,” says Amresh Nandan, Research Director,Gartner Inc.

Sources say Reliance Industries is lobbying with the Telecom Regulatory Authority of India (TRAI) to hasten the process of sanctioning calls on voice over internet protocol (VoIP), where consumers can use the Jio app to make calls. This means the voice calls will be completely free and users will be charged only for the bandwidth used. TRAI has currently submitted a VoIP white paper (read here), which is studying the advantages and the hurdles towards net neutrality. Under VoIP, the underlying network is like a road network where it does not control the services cropping up in the periphery of the road.

The networks will make money on the bandwidth only. The app becomes central to these services, which can then monetise the data of customers it musters. Now, here is the problem: all other telcos are yet to figure out a strategy for VoIP. More so the policy decision (if it comes through by January next year) to make free voice calls over the Internet will forever change the game in favour of Reliance Jio, which has already bet big on data services. Other operators still make 72 percent of their revenues from traditional voice calls.

According to Ernst&Young, the market size for digital consumption is Rs 20,000 crore and the timing is just right in India to have a Jio kind of service disrupting all telecom companies. Everything from connected vehicles (apps for cars that are already offered by Bosch India to automobile companies in the country) to mobile-based cashless and cardless payment solutions have taken flight in India. Startups can build a robust service with Jio to aid consumption and not be constrained by latency in the networks and can deliver service that is truly built on 4G technology.

“This move will wake up the industry and the consumer is going to benefit from all this. Consumption will grow and more Indians will get jobs and get added to the middle class,” says Mohandas Pai, MD of Aarin Capital.

But one thing is for sure; unlike e-commerce companies, Reliance Industries will pour money into Jio until it gains significant market share and makes a dent in the telecom universe. Analysts say that over 100 million users will jump to Reliance Jio services in 18months. According to TRAI, there are one billion mobile subscribers in India. Airtel dominates the subscriber base, with 265 million users, followed by Vodafone with 185 million subscribers. Ninety-five percent of India works on 2G services and Jio wants to make these customers use data. Now here is the catch: Reliance Jio’s new LTE network is created to make money on data. “The consistency of the network is everything,” says Amresh of Gartner. If the consistency comes through then many of the smaller players will lose market share rapidly and possibly shave 40 million consumers off Vodafone, Airtel and Idea. “Remember, other telecom operators are also going to upgrade their services and they have been around for a while,” says Sanchit of Greyhound Research.

Why is Jio’s technology completely consumer-focussed?

The business for Reliance Industries here is to create a database that can cross-sell services of Jio's, along with financial and retail services. To make a case: Reliance Retail has close to 1,500 branded stores and is a Rs 17,640-crore business. It is a business that could double its revenues if Jio’s services—such as cashless and cardless payments through the Jio wallet—kick in. It is already working with a startup by piloting with 1,400 kiranas across the country, to enable payments in mom-and-pop stores. It will then use this consumption data to work with banks to provide working capital loans to supply chain and distribution companies. “This will be a game-changer, because now we can get a 360-degree view of the consumer, the retailer, the distribution company, the bank and the consumer goods company. It scales up businesses faster,” says Prem Kumar, founder of SnapBizz.

Central to such data capture is the technology.Reliance Industries has signed on more than 15 vendors to build the networks. But you will no longer see calls going through multiple switches, routers and firewalls. Software will manage call routingfrom a data centre,ensuring that consumption for the consumer will not have any latency.

Now here is where Reliance plans to bait the customer with its new marketing offers:if one understands the data centre business, its software should be hosted in a Tier-IV data centre, which provides a 100-percent uptime in running applications. “Any downtime for a minute can mean losses worth hundreds of crores,” says Sridhar P Reddy, MD of CTRLS, a data centre company.

It will require two power sources (to avoid downtime), high levels of data encryption technology (since the bet is on getting consumers to use data) and it will have analytics that can manage to give offers to customers on-the-go.

There are 300 million middle-class consumers in the country. With Jio you can add 200 million more consumers from the rural side to consume data services. The whole farm-to-fork story can take a new twist with Jio’s data services, as it would facilitate farmers, distributors, wholesalers and retailers coming onto and interacting with each other real time on a common platform of services provided by startups. However,things that start with a great marketing bang need to walk the talk with customer service muscle.

Let us face it, India ranks lowest in customer service. Zendesk, a software-as-a-service and CRM API provider, said in a 2014 report that only 59 percent of Indians were satisfied with customer service. If you pit India against the USA, which scores 82 percent on customer satisfaction, then we are still a long way from making a brand work. Even Turkey and Malaysia score higher than India in customer satisfaction. New Zealand tops the chart with 92 percent of the customers being satisfied with the services rendered by companies.

You may also like: Now have fatter wallets with Reliance Jio

We may say that we are a large nation and maybe companies want to garner market share before customer service. Unfortunately, this could make or break a company, which is where we could learn a lot from Amazon India. .

For now Mukesh Ambani has created a universal buzz with Reliance Jio and has made history,just like Ratan Tata when he unveiled Tata Nano as the world’s cheapest car, a narrative that destroyed the brand’s reputation. The point is, would Reliance Industries pull a fast one by offering free services and positioning itself as the cheapest service in India. It could come back to haunt them. “Remember that other network operators are going to be ready with new technologies too.They too have the resources to take on competition and have established a sales network. Finally, who is to say whether people will jump from existing operators,” asks Amresh.

For now it is another moment in Indian history where the Ambani family takes the bull by the horns. If anything, India will see a lot more money flowing into the system to push consumption.