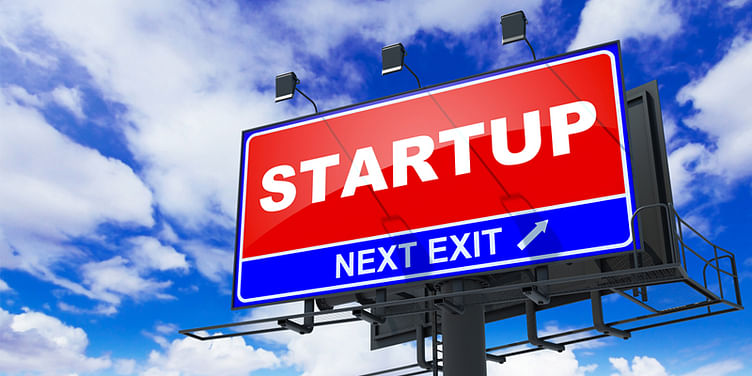 In a time when there are talks of a dearth in funding, bloodbath, and even a bubble burst, the success of the startup ecosystem is defined by the number of successful exits investors have. It acts as one of the best validation of the funding decisions made by them.

While we still have a long way to go in terms of looking at bigger exits, let’s nevertheless look at the exits that some India startups have had over the years.

Started by Deep Kalra in the US in 2000, MakeMyTrip moved to India in 2006. The company had already raise $2 million in venture capital funding from eVentures. Here’s their funding timeline.

MakeMyTrip is believed to have been a dream debut at NASDAQ. Reports suggest that MakeMyTrip was at an offer price of $14 per share, and was valued at close to $480 million. And after a surge in the stock price the valuation had jumped to about $800 million.

A household name, JustDial was founded in 1996 by VS Mani, as a local search service provider over the phone. It went online in 2007 and commenced operations in the US in 2010. The company went through multiple rounds of funding:

JustDial has had its share of ups and downs. Mani first started his entrepreneurial journey as ‘Askme’ in 1989. However, he went broke and the company had to shut down. After learning from his mistakes, he came back in 1996 and rest as they say is history.

Reportedly, one VC told them that he wasn’t interested in their business but would fund them if they converted to a BPO. JustDial’s exit with an IPO is believed to be one of the best kinds of exit for a startup.

redBus’ exit is possibly one of the most discussed startup exits and acquisition stories: from how to build a frugal and profitable company to understanding the semantics of ESOPs.

Founded in 2007 as a personalised gift items platform, Myntra shifted to an online e-tailer and fashion platform in 2010. It was founded by Mukesh Bansal along with Vineet Saxena and Ashutosh Lawania.

IDG and Helion, which had stakes in Flipkart after the acquisition of Myntra, are believed to have exited the company. IDG is believed to have sold a portion of its stake for Rs 940 crores.

Founded by Raghunandan G and Aprameya R in June 2011, TaxiForSure is one of the earliest cab aggregators in the country. While Ola’s acquisition of TaxiForSure isn’t believed to be the best, as it is believed that the latter’s inability to raise funds was the reason for acquisition – it nevertheless is marked as one of the best deals in the country.

FreeCharge’s acquisition by Snapdeal has been touted to have been one of the biggest acquisitions in the history of internet industry in India. FreeCharge was founded by Kunal Shah in 2010. At the time of the deal, FreeCharge had more than $80 million in its bank accounts.

While closing a million daily transactions in February this year, and launching its mobile wallet in October last year, FreeCharge was reported to be narrowing the gap against industry leader Paytm last month. Speculations have it that the company has also closed another massive round of funding from Chinese investors.

According to a Nielsen study in April this year, FreeCharge’s market share reached 30 percent from a mere 17 percent last October. The same study reported Paytm to have a market share of 40 percent, an increase from 35 percent since last October.

In a time when the e-commerce sector is going through tough times, Ahmedabad-based online marketplace Infibeam’s Rs 450 crore initial share sale is said have been fully subscribed on the last day of its IPO. It is the first Indian online retailer to go public. The company raised a capital of an undisclosed amount. Reportedly, Infibeam will invest Rs 45 crore in payment gateway CCAvenue.

Rocket Internet-backed Jabong had entered the Indian market with a bang in 2012. Founded by Praveen Sinha and Arun Chandra Mohan and incubated by Rocket Internet, the Delhi-based fashion startup had hired Sanjeev Mohanty as CEO in November 2015. Rumours were flying around on the acquisition of Jabong even before Myntra acquired it.

Jabong will, for now, continue to work as a separate entity. Investors in Jabong, mainly Rocket Internet and Kinnevick have now exited.

Founded six years ago by Aaditya Sood, Calm.io built a platform which helped out DevOps in the age of containers, clouds, and micro services. Headquartered in San-Francisco, the company raised $4 million in 2013 and an undisclosed amount earlier this year.

Reportedly, Calm.io deal was the one referred to in a Nutanix S1 amended filing, which involved 528,517 shares and $1.2 million in cash.

Started in 2011 by Jitendra Gupta and Amrish Rau, Citrus Pay was one of first few companies in the Payment Gateway space.

Citrus Pay has now claimed to have signed up and manages over 10,000 merchants, which is around 12 per cent of the internet commerce market, valued at $24 billion, in the country. It handles a total Gross Business Value of $2.2 billion (or Rs 14,000 crore) and close to 10 million transactions a month across its merchant and consumer businesses.

Reports suggest that Sequoia Capital is expected to earn four times returns on its investment of $10 million, with 32 percent stake, and Ascent Capital is said to have earned $12 million.

A need for deeper pockets

There are several factors that ensure a good exit. One of the biggest things is that the acquirer needs to have deep pockets and the company that is getting acquired needs to add some value to the acquirer.

Players who are deep-pocketed aren’t many, and most are global players, where they are comfortable spending money. Currently, the Indian ecosystem has to develop further and mature to see the kind of acquisitions we see on a global level.

Many industrialists currently are wary of paying premium or value for many startups. While some acquisitions have happened with top Indian industrialist, they aren’t as many that would help the Indian startup ecosystem.

Currently, many also believe that the valuations that companies have are at a very high price, making it difficult to see any kind of acquisition or merger. Devendra says:

The stock market in India values a company on its net revenue and profitability. For many tech companies in India, they don’t have visibility of the profitability or revenue generation of the current startups in India. For potential listed acquirers, itt would affect their own stock market value, and they also need to see some strategic fit.”

While we still have a long way to go, several experts believe that in the four years the startup ecosystem could possibly witness close to 20 different consumer internet and B2B companies exiting and be strong candidates for market listing. Shailesh Vickram Singh, Executive Director Seedfund, says:

“Consumer internet companies, including Flipkart, Paytm, Voonik, Ola, and Snapdeal amongst several others are likely to provide exit opportunities to their investors in the next four years.”

India currently has about 50 million online shoppers, which is believed to touch 180 million by 2020. Satish Meena, Forecast Analyst at Forrester, told YourStory:

Hitting public markets with this scale would be a good idea. Infibeam’s IPO is a silver lining for other consumer Internet companies, but one has to remember that it’s more of a B2B business.

Apart from an increased consumer base, regulators like the SEBI (Securities and Exchange Board India) are now working to make changes to the listing framework for tech startups. According to a report by Mint, this in turn will let startups trade publicly on the regular stock exchange platforms.