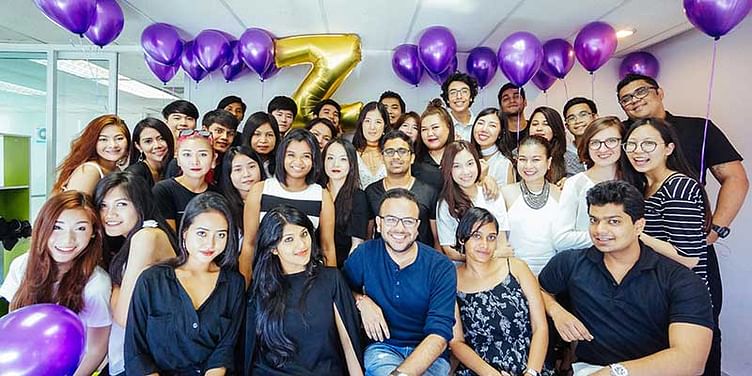 Zilingo, the fashion and lifestyle marketplace for Southeast Asian stores and market, today announced that it has raised $8 million in Series A funding. This round was led by Venturra Capital, existing investor Sequoia Capital and SIG. Wavemaker Partners, Beenext, Beenos and Digital Garage also participated.

The platform had last year raised $2 million from Beenext, Kunal Shah and Sandeep Tandon of FreeCharge and Sequoia Capital. With this $8 million, the company has raised financing of $10 million.

Ankiti Bose, Co-founder and CEO of Zilingo, states that the funds will primarily be used for expanding deeper into the Southeast Asian markets like Thailand, Singapore and Indonesia.

“We will be focusing on onboarding more sellers across the region. Initially, we would ship to India as well, but now our focus is on the Southeast Asian markets. Bengaluru, however, remain our technology nerve centre. Our CTO and Co-founder Dhruv Kapoor will primarily be operating from Bengaluru,” adds Ankiti.

Today, Zilingo claims to be growing at 30 percent month-on-month. It has partnered with over 2,000 small enterprises who sell accessories, bags, shoes other lifestyle products on the platform.

Starting with a team of family and friends, who moved to Thailand, Zilingo now is in four countries — Bangkok, Singapore, Jakarta and India (Bengaluru). On the diversity in her team, Ankiti says:

“We have people from five nationalities in our teams and we serve three very different markets and work in three time zones. It’s a lot of great learning and the whole vibe in the company is that of a fun, young multicultural hotpot.”

Following a marketplace model, the team charges their sellers a commission of 10 to 15 percent on each successful transaction. Sellers can use features like payments, marketing, order management, inventory, cataloging, and pricing— complete with analytics and intelligence, all currently free of charge. However, they are charged for per-order fulfilment.

Speaking of why they chose to investment in Zilingo, lead investor Tee Suraphongchai, Partner at Venturra Capital, says that Zilingo has one of the strongest founding teams, and have been able to prove that growth need not come at the expense of unit economics.

The team is also focused on building a stronger platform both on the consumer and the partner side. Ankiti adds that they are strongly focusing on technology, adding more dynamic content, videos and blogs.

“We are also looking to hire senior management, who can bring in deeper knowledge and expertise,” says Ankiti.

While a lucrative market, the Southeast Asian markets has its own players. One of the largest e-commerce fashion platforms in the region, Zalora claimed that by the end of 2014 they had over 17 million monthly visits across ASEAN and had gobbled up over $238 million in funding.

A TechCrunch report states that in Thailand itself, the GMV (gross merchandise value) from sites like Facebook and Instagram for small businesses was $510 million. The report stated that this accounted for one-third of the total e-commerce GMV of Thailand.

Ankiti believes that most of the biggies in the market are either horizontal marketplaces or have inventory-based models. Also, platforms like Facebook, Line and Instagram aren’t restricted to only buying and selling. She adds that Zilingo is one of the few platforms that have access to thousands of small fashion sellers and the unique products they sell but hold no inventory of their own.