How Budhi Prakash, a farmer’s son, started small and went on to build AirHimalayas 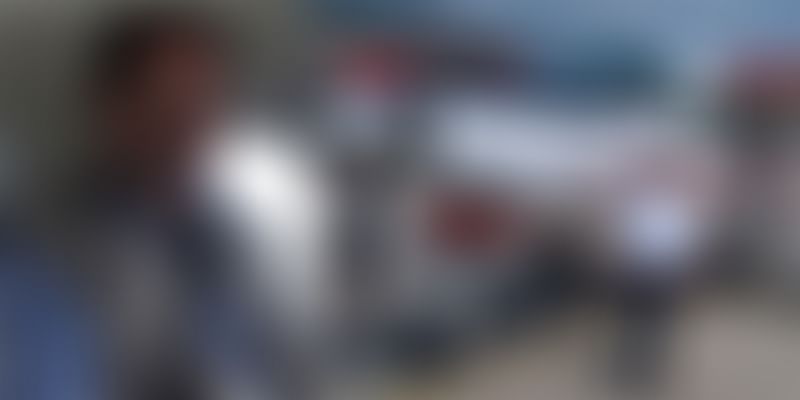 Budhi Prakash Thakur was born in Khakhnal, a small, picturesque village nestled in the mountains of Himachal Pradesh’s Kullu district. His father was a farmer who cultivated his seven-bigha land to feed his family. Budhi Prakash did his schooling in government schools, and at the same time helped his family in various farming activities. He recalls,

“I did everything from taking our cows for grazing to tilling, sowing, weeding and harvesting our crops. I loved helping my father in his rice fields.”

After finishing his schooling, Budhi Prakash went to Chandigarh to pursue his intermediate education. He studied in DAV school in the city but never lost an opportunity to visit his village and help his father. Budhi Prakash, who believes that his father’s struggles were much larger than his own, says,

“My father was a very hard-working person. My grandfather passed away when my father was three years old. He even worked as a daily wage worker to reach where we were at the time. I wanted to help him. Even during my education, although I was in Chandigarh, I missed home.”

The times they are a-changin’

With the additional shoulders of his son to rely upon, Budhi Prakash’s father soon ventured out into growing apples. He even started making in bulk the wooden boxes used to export apples from the state. Business was flourishing. Budhi Prakash, who was doing his graduation from Chandigarh University at the time, came back to Khakhnal to help his father. Here, he finished the third and final year of his graduation via correspondence.

During his days of education, Budhi Prakash had also observed the zeal among tourists for his home state. He wanted to start a resort in his village, which was just 9km from Manali, where tourists flocked in increasing numbers with each passing year. In 1996, after several years of planning and pooling resources, Budhi Prakash laid the foundation for Sarthak Resorts in his village.

However, the very same year, their crops failed, and work for building a resort had to be halted. It wasn’t until 1999 that five rooms were finally ready and tourists started to visit them. Budhi Prakash recalls,

“It was a small but homely setup. We had provided kitchens in some of these rooms which our guests really liked, as they could now experiment with local cuisines. They felt like being at home in our village.”

In 2001, Budhi Prakash won a franchisee contract to establish a dormitory with 40 beds for young travellers. This attracted many trekkers and travellers who sought affordable community living in the Himalayan foothills.

Over the years, as business prospered, Budhi Prakash added more rooms and floors to the resort. Currently, Sarthak Resorts has 55 rooms. Budhi Prakash, who even today visits every trade and tourism fair across the country, has successfully brought Khakhnal onto the state’s tourism map.

Blowin' in the wind

Despite the tremendous success of Sarthak Resorts, Budhi Prakash recognised its limitations. “You cannot scale a hotel business beyond a certain limit,” he says.

Budhi Prakash, who worked closely with travel and tourism companies in the area, had already started Himachal Holidays, using which he started planning travels for tourists based on their interests, convenience, and budget. It was around this time that he decided to do something big and unprecedented.

Budhi Prakash decided to start running aircraft in the region. Despite his lack of knowledge about the sector, he decided to go ahead with the ambitious plan. He says,

“Himachal Pradesh is a beautiful state. I have visited some countries of the world and can tell — based on my experience — that no part of the world is as beautiful as my place. But connectivity is a big problem. We don’t have railways and airways has an insignificant probe, while travelling by roads here is difficult and dangerous. I wanted to start services so that people could come and see my state.”

Budhi Prakash soon started an air-travel service called AirHimalayas under the company Himachal Holidays. However, he soon met with closed doors as no aviation company was willing to partner with a newbie. Budhi Prakash didn’t give up and finally partnered up with the Bengaluru-based aviation company Deccan Charters to start its services in the region.

On April 2, 2014, when their first aircraft took flight, it was also the first time a private company flew a business class chartered aircraft service in Himachal Pradesh. That was a day of tremendous joy for Budhi Prakash, he happily recalls.

Budhi Prakash’s company lost Rs 1.5 crore the first year, but he didn’t give up. With growing awareness among tourists, the initiative has now started to pay off. During last year’s tourist season, losses were brought down to Rs 25 lakh, while this year, the aircraft service has incurred no losses. With better planning and marketing, Budhi Prakash is aiming for good profits next year.

Budhi Prakash is also planning to start a second resort, this time in Manali. What keeps him busiest, however, is a daily struggle to raise funds for AirHimalayas. “There is great scope for the aviation sector in Himachal Pradesh. It takes time and effort to build something big and meaningful. How can tourism flourish in a state without connectivity?” he asks.