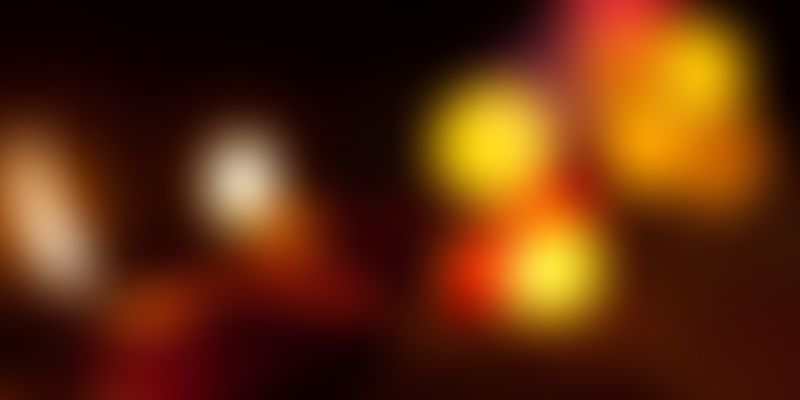 India will be soon be alight with the glow of a billion diyas as we celebrate Diwali. For those unfamiliar with Diwali (or Deepavali), it is the Festival of Lights. It is celebrated every year on the Kartik Amaavasya, the new moon night of the Hindu month of Kartik.

Diwali is probably one of the most gloriously celebrated of Indian festivals. It is considered an auspicious time of year, particularly for shopping, which is why one can see every business worth its salt advertise massive Diwali sales and specials. In the Western world, Thanksgiving shopping season sees stocks soaring or crashing as a barometer for consumer confidence. Indian retail, likewise, is measured by Diwali sales. Preceding Diwali, one simply needs to look at the massive Diwali sales advertised by e-commerce sites (and of course, brick-and-mortar stores) to see why it is a great season for retail therapy.

But it wasn’t always so. Just as Thanksgiving is now associated more with shopping than with giving thanks, so has Diwali evolved since when I was younger.

As a child, Diwali was very different in my home than it is today. It was the only time we would step out to eat dosas in a restaurant after we finished our shopping. New clothes for the festival weren’t simply ordered off a website — we headed out with our mother to shop for fabric. This in itself was often a much anticipated process, involving trips to multiple markets, touching & feeling the fabric, and finally deciding on what was just right for us. And that was only the beginning. We would then take the fabric to our neighbourhood tailor, lovingly design our patterns, and then begin the nail-biting wait for our finished clothes, wondering everyday whether they would indeed be ready in time for Diwali. Perhaps the Diwali spirit sprinkled some sort of magic upon the tailor’s workshop, because clothes would always be ready in time, no matter what.

On Diwali morning, we would wake up bright and early at 5am. Despite the chill in the air, waking up early on this day was never met with complaint. We would then light a diya, and take a nice oil bath (a tradition perhaps unique to India). In my home, there was a longstanding tradition of the girls performing an aarti for the men of the household, post which they would give us little gifts.

Mom would have made a lot of homemade sweets, a Diwali tradition. We would carefully wrap these, and walk over to the homes of friends and neighbours to deliver them personally. This was one of the little joys of Diwali. Come evening, we would light dozens of oil diyas, often making a little competition of it with neighbours to see whose house had more. And then, of course, the signature part of Diwali — the fireworks. We would light piles of firecrackers, lighting up our driveways and the skies with showers of sparkles!

These memories always flood me with nostalgia. In the 20+ years that I was away from India living in the US, I tried hard to recreate the same experiences, the same atmosphere as the Diwali I remembered and loved. But it was never quite the same so far away from home. To make matters worse, since the festival always came around in October or November, we could never manage vacation time to travel to India for Diwali during those two decades.

When I moved back in 2006, one of the greatest things I looked forward to was celebrating my children’s first Diwali in India. I wanted to recreate all the traditions that I so fondly remembered from my own childhood, to share them with my girls. That didn’t go quite as planned — the concept of the oil bath was not particularly well received, for starters. The prospect of being “rewarded” with a token 1000 rupees from their father wasn’t enough to change their minds about getting up early in the morning for aarti. In addition, labouring for hours to light oil diyas didn’t excite them — so we ended up having the gardener string fairy lights from the roof instead. I lit two lonely diyas by the door, an attempt to soothe my own desire to keep tradition going.

Another tradition I hold dear is making Diwali sweets at home. My cook wasn’t particularly enthused to help me on this venture of mine, and asked why, when I can afford it, don’t I simply buy sweets from the local halwai? Why labour so hard for so many hours, when there was a far quicker and easier alternative? All I could do was sigh and tell her that she would not understand. I must add, I receive several boxes of sweets every Diwali from friends and well-wishers. Sadly, however, there are rarely (if ever) any homemade ones. Don’t get me wrong, I do greatly appreciate the sentiment behind all the sweets received. I must admit, however, that the store-bought ones are not tempting to eat. I have since vowed that this would be a tradition I shall continue to uphold. Come what may, I distribute homemade sweets, even though some years the enthusiasm wanes.

As the years went by and my children grew older, a few other traditions changed. They would refuse to light even a single firecracker, because our dogs would cower in terror from the loud noises. I do agree that it is very hard on the dogs, and to respect the needs of our animals, we switched to only lighting noiseless sparklers and flowerpots. But following the terrible explosion in a fireworks factory in Sivakasi in 2012, my daughters refused to buy firecrackers that year, to show solidarity to the many workers (including children) who were killed or injured in the incident.

That’s what happens when children grow up, they become our conscience keepers. Our home was always a space for debates, discussing socio-political issues versus longstanding traditions. While we were glad to welcome the conversation, and fully agree with the children’s logic and the boycott, Diwali felt rather incomplete however, bereft of even a single sparkler. For all the years that followed, the girls have refused to let us buy any sort of fireworks, citing child labour issues in the factories where they are manufactured. As a result, our home has celebrated a silent Diwali for the past few years.

While our traditions aren’t what they used to be, the lesson I have learnt is that traditions themselves must evolve and change with the times. After all, change is ever-present, and we must embrace it. It is perhaps in our best interest to let go of certain traditions, no matter how hard it may feel. And there are some traditions we should hold on to, at least so long as they continue to make sense.

And in truth, this applies to a lot more than just Diwali. In our personal and professional lives too, we must learn when to let go. It would serve us no great purpose to cling to something just out of sentiment, long past when it stops making sense.