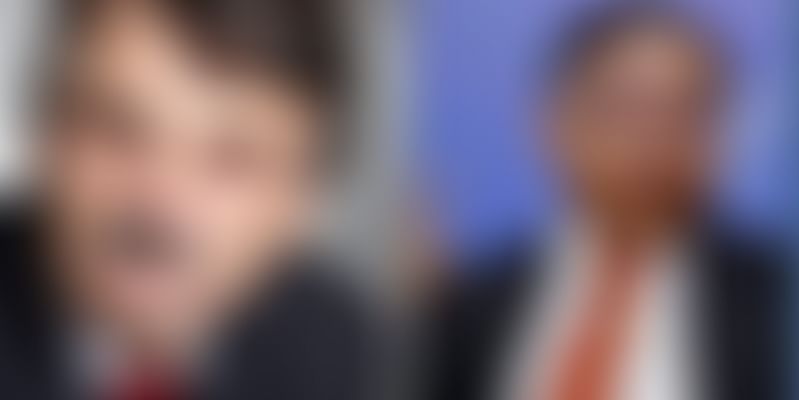 We will evaluate and continue to undertake those (steps) that are required to. If there is any change, they will be discussed with you

Sources said he did not discuss the reasons that led to the sudden removal of Mistry.

Tata, who was at the helm of the group for 21 years before passing on the baton to Mistry in December 2012, said he has assumed the role of the Interim Chairman for stability and continuity so that there is no vacuum.

This will be for a short time. A new permanent leadership will be in place, he added.

He asked them to focus on their respective businesses, without being concerned about change in leadership.

The companies must focus on their market position vis-a-vis competition, and not compare themselves to their own past. The drive must be on leadership rather than to follow. An institution must exceed the people who lead it

In a sudden and dramatic turn of events, the board of Tata Sons yesterday sacked Cyrus Mistry as Chairman of India's largest conglomerate Tata Group and replaced him by Tata.

Mistry, 48, who was appointed as chairman in December 2012, was only the sixth group Chairman in nearly 15 decades and the first from outside the Tata family. He will remain a director of the individual companies, though his tenure as Chairman is the shortest so far at the group.

With the appointments of Speth and Chandrashekharan, Tata Sons board has expanded to 12 members.

Through these appointments the old tradition of Tata Sons of having CEOs of group firms on its board has been restored, a source said.

This is in recognition of their exemplary leadership in their companies

Krishna Kumar of Indian Hotels Co Ltd and JJ Irani of Tata Steel were notable members of Tata Sons board when Ratan Tata was at the helm of the group before he retired in 2012.

The present board of Tata Sons includes Tata himself, along with Cyrus Mistry, Venu Srinivasan, Ronen Sen, Nitin Nohria, Farida Khambhata and Ajay Piramal, among others.