'Do You' have it in you? A challenge to women on International Girl Child Day 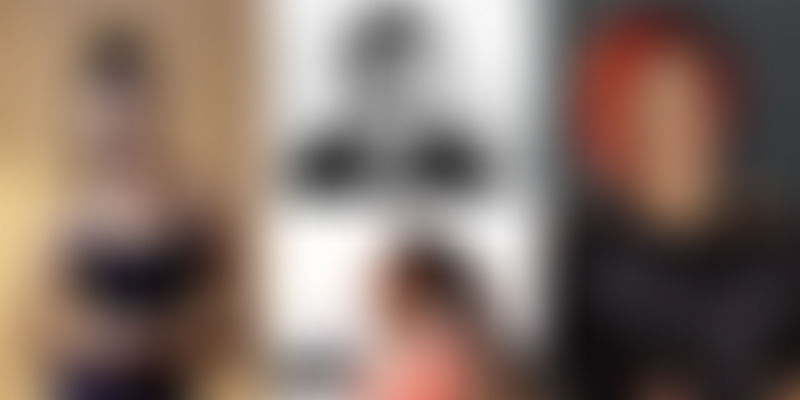 So many girls across India never have the opportunity to dream, to think about what they want to do and who they want to be. There are girls who are killed even before they are born, or are left to die or killed after birth because their family wanted a boy. Those girls who survive this battle go on to face gender discrimination, child marriage and lack of basic healthcare. Most importantly, they lack education, especially girls coming from lower income groups and rural areas.

The United Nation marks 11th October as the International Day of the Girl Child. Sakshi Malik, the first Indian female wrestler to win a medal at the Olympics, actress Kalki Koechlin, Sucheta Pal and supermodel Ujjwala Raut, among many others, joined hands with PUMA to inspire young girls and women to #DoYou.

Launched internationally last month, PUMA’s #DoYou campaign aims to inspire confidence in women across the globe to do what they want to do. It is about women expressing their core strength that stems from their inherent beliefs and individuality.

We spoke with the women connected with the campaign about the challenges our girls face and how we can contribute to giving them a better future.

I am just like the millions, not one in the million. I am no different from others. Any girl can do what I did; all they need is doggedness, determination, the will to push hard and push through boundaries, and never ending commitment to achieve their goal.

As a sportswoman, Sakshi believes that #DoYou is a good way to leverage sports and fitness to push women to take up a challenge and work towards it.

Supermodel and single mom Ujjwala Raut says, “Education is the most important thing for the girl child. So many young girls across India are denied education.”

Ujjwala, who invests heavily in her own daughter’s education and overall development, believes that sports is an integral part of education too. While she herself does Yoga, she has enrolled her daughter for activities like martial arts and gymnastics. “I believe sports gives you the discipline to keep pushing the boundaries when things become difficult. It does make you physically and mentally strong. This campaign is a shout out for women to come and push their boundaries.”

Ujjwala has four sisters and three nieces; surrounded by strong women, her message to other women and young girls is,

Take everything that comes in your life and turn it into something positive, and you have the power to do it.

Kalki Koechlin – Be the change by being yourself

Along with the girls, boys need to be educated to think differently. While the young girls of today are ready to embrace their dreams and make their own choices, society is not prepared for it. The boys need to be ready for this change too. Driving this point home, Kalki said, “There has to be gender neutrality from an early age.”

Kalki herself loves to jog and feels that using sports to break stereotypes is a good way to empower women. “I am excited that we are trying to make a record.”

To see that change happen, she says it is pertinent for it to start at the individual level.

When people ask me what we can do to help or change things, I say you have to embrace yourself, be yourself and find ways to do what you want to do.

Sucheta Pal, who hails from Ranchi, says, “Girls today need courage. They need to listen to their heart and their instinct. They have to show courage and embrace their dream and what they want to do, and then they have to have the courage to say no and stand by it.”

Sucheta herself has been in this boat. She knew that she did not want to do engineering and knew that though her parents loved her, it was important for her to take a stand and say no to pursuing engineering.

The social stigma attached with being a girl has to go. The environment needs to change. The girl child has grown stronger over the decades, but the environment and the thought process need to undergo a change.

She says, “Most people will tell you everything that you are doing is impossible and very few will tell you that it is possible. I was a small town girl from Ranchi, a very unhealthy person, and if someone had told me that I would make a career out of fitness, then I would have laughed. But today, life is different. You have to take a problem by the horns and then turn it around and make it into something powerful. On my journey, I have had the privilege of meeting such amazing women, who are constantly inspiring me.”

Since she has been closely associated with sports, fitness and even PUMA, she is excited about encouraging women to express their core strength.

Scheduled in Mumbai later this month, PUMA plans to create a record by inviting the largest number of women to hold the longest plank. Talking about the “Do You” Campaign, Debosmita Majumder, Senior Marketing Manager, PUMA, says, “Through this movement, PUMA is encouraging the women in India to begin their journey of self-discovery and DO YOU.”

While PUMA rolls out this campaign, it is important for each and every one of us to look around us and see how we can make a difference in the life of the girl child. What can we do to change how women perceive and embrace themselves in a society that lacks gender equality and sensitivity? How can we help women strengthen their resolve to chase their dreams?